Report: Half of all supermarket chicken harbors drug-resistant bacteria 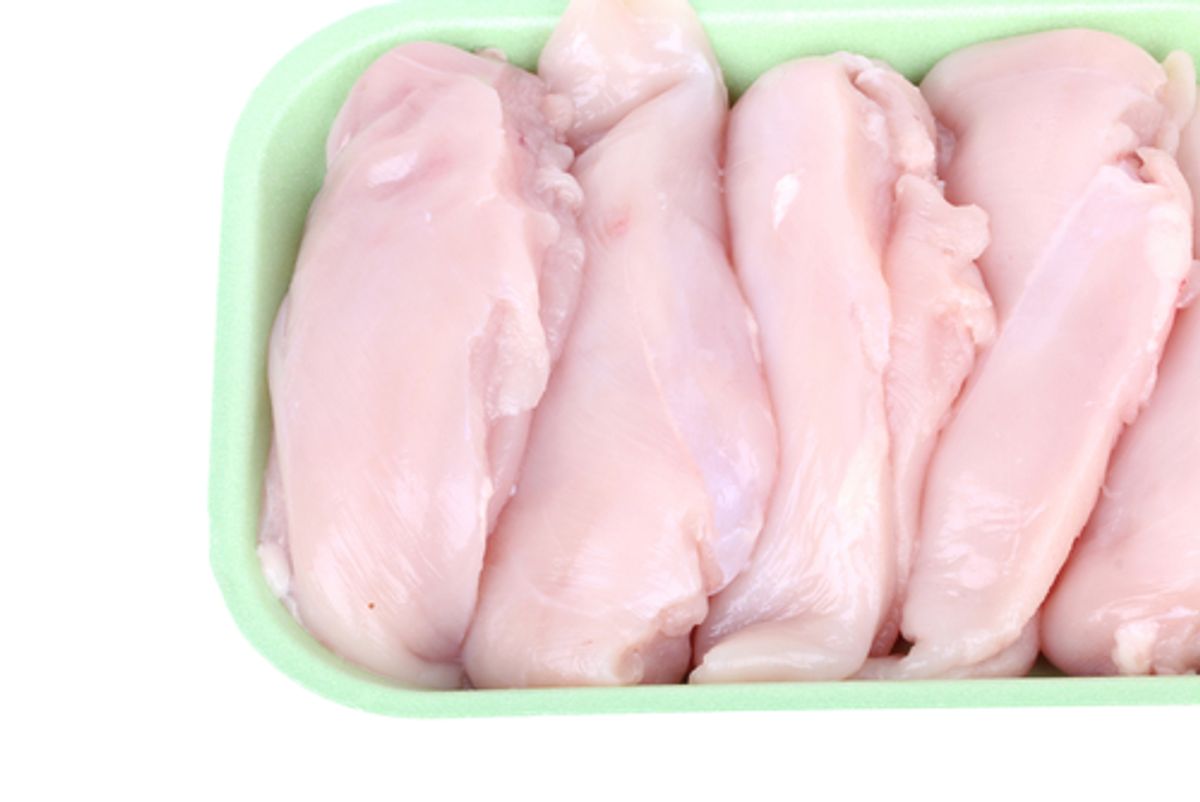 The nonprofit organization tested 300 samples of store-bought chicken breasts, and found that 97 percent harbored one of six types of illness-inducing bacteria, including E. coli and salmonella. Over half contained fecal contaminants, most commonly enterococcus. Included in the test were samples labeled "organic" and "antibiotic-free" -- neither showed a significant difference in bacteria from conventional samples. In fact, there was little difference in bacteria content between any of the brands or types of chicken tested.

"It’s unrealistic to expect that the uncooked chicken you buy won’t contain any potentially harmful bacteria," the report acknowledges. "At the moment," added Urvashi Rangan, Ph.D., toxicologist and executive director of the Consumer Reports Food Safety and Sustainability Center, "the only way to protect yourself from becoming sick is to remain vigilant about safe handling and cooking."

But some pathogens are worse than others. Troublingly, the report found that about half of the samples contained drug-resistant bacteria.

Antibiotic resistance is a growing concern in the public health sphere: Currently, drug-resistant infections are responsible for at least 2 million illnesses and 23,000 deaths in the U.S. each year. The FDA has taken initial steps toward phasing out the widespread use of antibiotics in meat, proposing voluntary guidelines for pharmaceutical companies. But Consumer Reports has joined other critics in insisting that this plan isn't assertive enough: In a letter sent Wednesday to the FDA commissioner, the group wrote that there is "much more the agency must do to better protect the public health and to reduce the use of antibiotics in food animals."

In an email to the Huffington Post, the National Chicken Council asserted that "99.99% of servings of chicken are consumed safely." Given the large amount of chicken consumed in the U.S., HuffPo points out, that amounts to 16,000 unsafe servings each day.