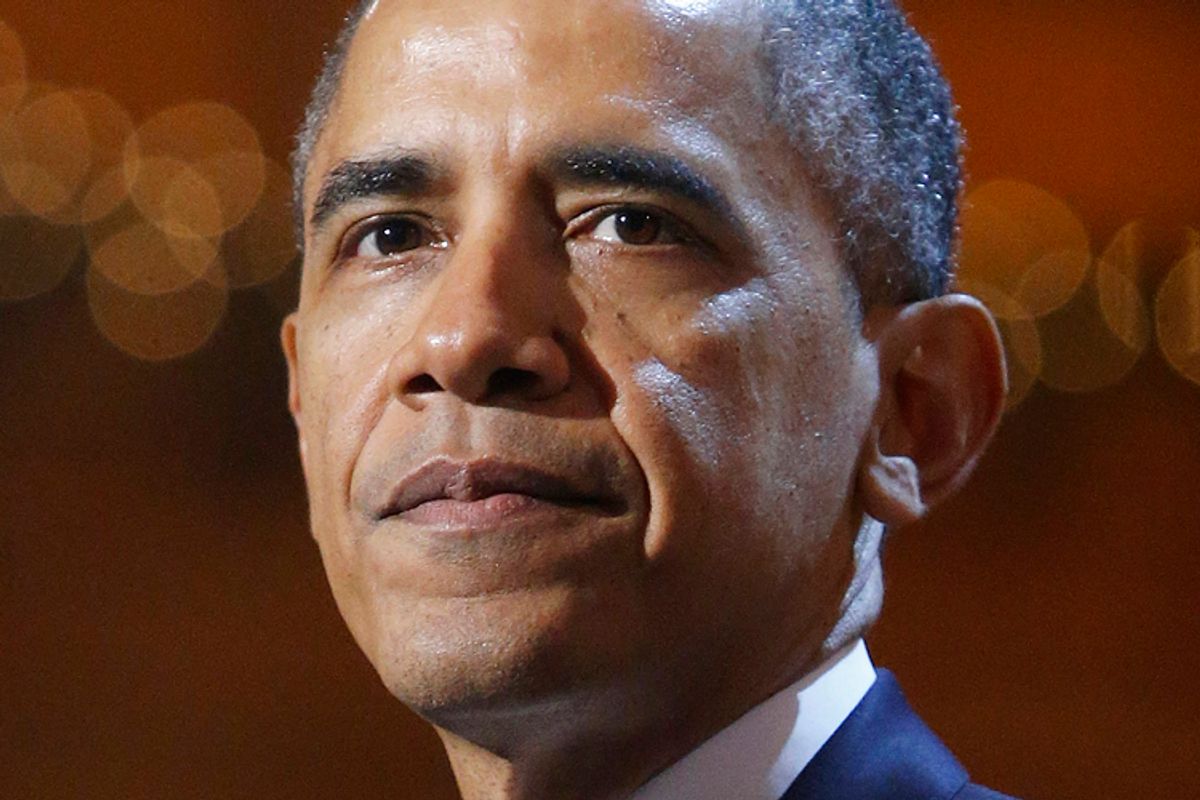 President Obama’s last speech on income inequality was by far his best. He linked rising inequality, and declining social mobility, to the growing low-wage work swamp, in which one in four workers makes little enough that they qualify for public assistance.

“We know that there are airport workers, and fast-food workers, and nurse assistants, and retail salespeople who work their tails off and are still living at or barely above poverty,” he said, adding, “It’s well past the time to raise a minimum wage that in real terms right now is below where it was when Harry Truman was in office.” Obama supports hiking the federal minimum wage from $7.50 to $10.10, but such a push is stalled for the time being by congressional Republicans.

Obama didn’t mention the one move he could make himself: issuing an executive order mandating that federal contractors pay their workers a higher wage. Back in August, the New York Times editorialized on behalf of such a move, pointing to new research showing that hundreds of billions in federal contracts go to firms paying low wages and offering no benefits.  An estimated 2 million low-wage workers are employed by federal contractors, making the federal government the largest employer of low-wage workers in the country.

“In effect, tax dollars are being used to fuel the low-wage economy and, in the process, worsen inequality,” the Times argued.

Congressional progressives joined the clamor this month, with Reps. Keith Ellison and Raul Grijalva writing a letter that Ellison personally delivered to Obama asking him to use an executive order to hike wages for these workers. “We believe the federal government should set a positive example and pay workers a living wage,” the duo wrote. “You have the ability to make a living wage a reality for millions of Americans, which will benefit their families and also spur needed economic growth.”

Press Secretary Jay Carney seemed to downplay the chance Obama would make such a move. “This has always been done legislatively,” Carney told GovExec.com, “and it has been done with support from Republicans and not just Democrats in the past.”

In fact, presidential executive orders have been issued to significantly change federal contracting rules in the past, most notably when President Roosevelt issued one to outlaw racial discrimination among defense contractors during World War II, and President Johnson used another to mandate equal opportunity and affirmative action for all federal contractors. Demos has recommended the president issue an executive order “requiring federal agencies to take all possible steps to raise workplace standards and ensure that companies comply with applicable labor and employment laws.” Progressives like Ellison and Grijalva want Obama to simply mandate a higher minimum wage.

“It is hard to make ends meet,” 64-year-old Luis Chiliquinga told the Washington Post. He makes $8.32 an hour at a McDonald’s restaurant within the National Air and Space Museum. “I am disappointed that the president has not signed the order.”

Obama and congressional Democrats should back such workers’ union drives whenever possible. But an executive order raising standards and hiking wages within the federal contractor workforce would be both a practical and symbolic move for a president who clearly wants to tackle the issue of income inequality in the closing years of his second term. No doubt FDR and LBJ heard plenty of reasons why they shouldn’t act via executive order, and did so anyway. I’d like to see Obama join them.