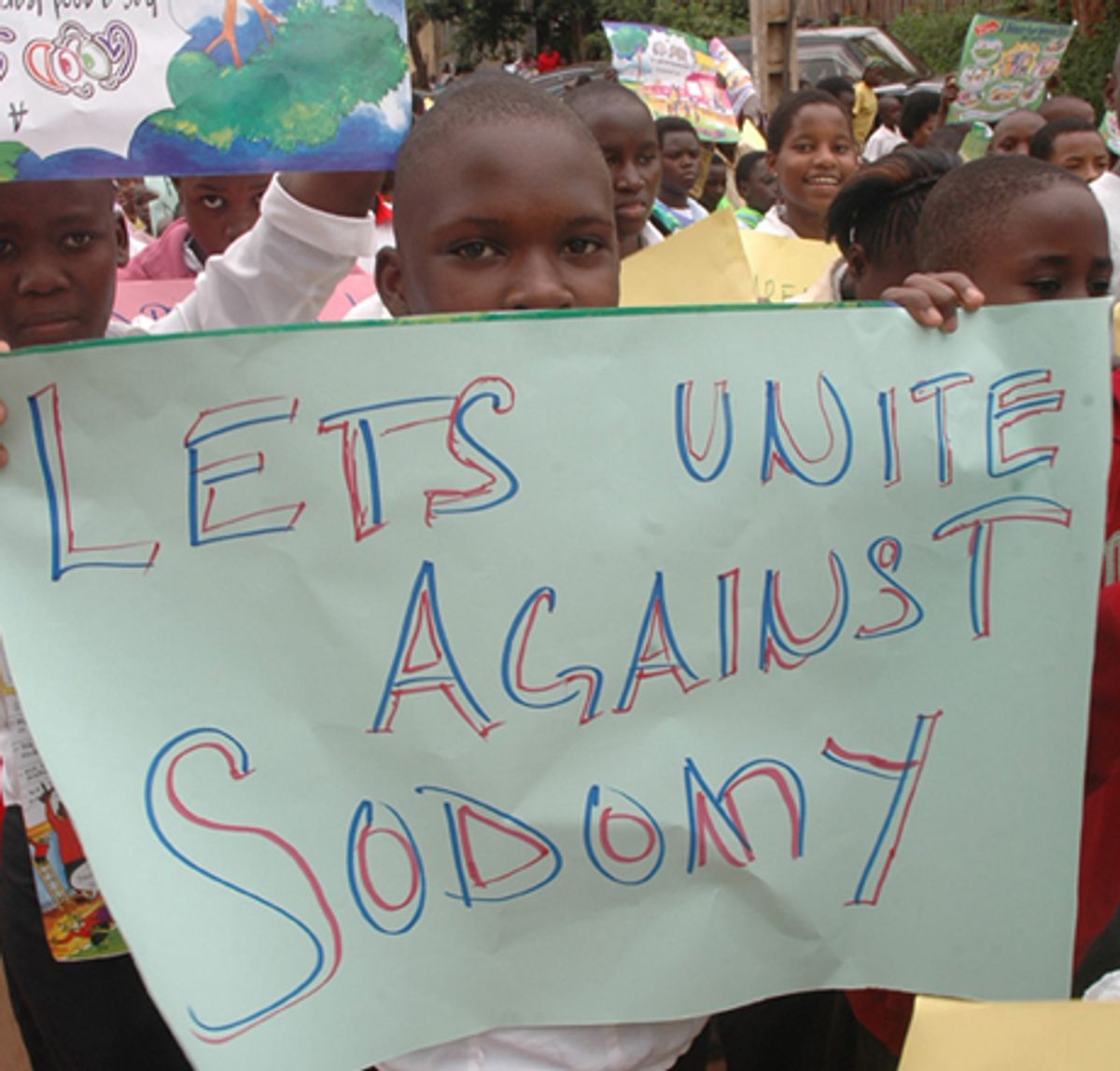 Homosexuality is already illegal in Uganda, but that wasn’t enough for the socially conservative country’s lawmakers who have just passed a long-shelved law toughening the penalties for gay acts.

The draconian anti-gay bill, which Ugandan politicians on Friday hailed as a victory against “evil,” punishes anyone caught engaging in homosexual acts for a second time with life imprisonment.

Anyone who fails to report gay people will also be put behind bars and the public promotion of homosexuality, including discussions by rights groups, is now illegal.

"This is a victory for Uganda. I am glad the parliament has voted against evil," David Bahati, who championed the legislation, told Agence France-Presse.

"Because we are a God-fearing nation, we value life in a holistic way. It is because of those values that members of parliament passed this bill regardless of what the outside world thinks.”

The original version of the law put forward in 2009 proposed the death penalty for some offences and was widely condemned by activists and Western leaders, including President Barack Obama who called it “odious.”

The final version has dropped the death penalty and replaced it with life in prison for repeat offenders and offences such as gay sex where one of the partners is a minor or HIV-positive.

The law must be signed-off by President Yoweri Museveni to take effect.