The administration's policies have made going to school or work high-risk activities, activists say 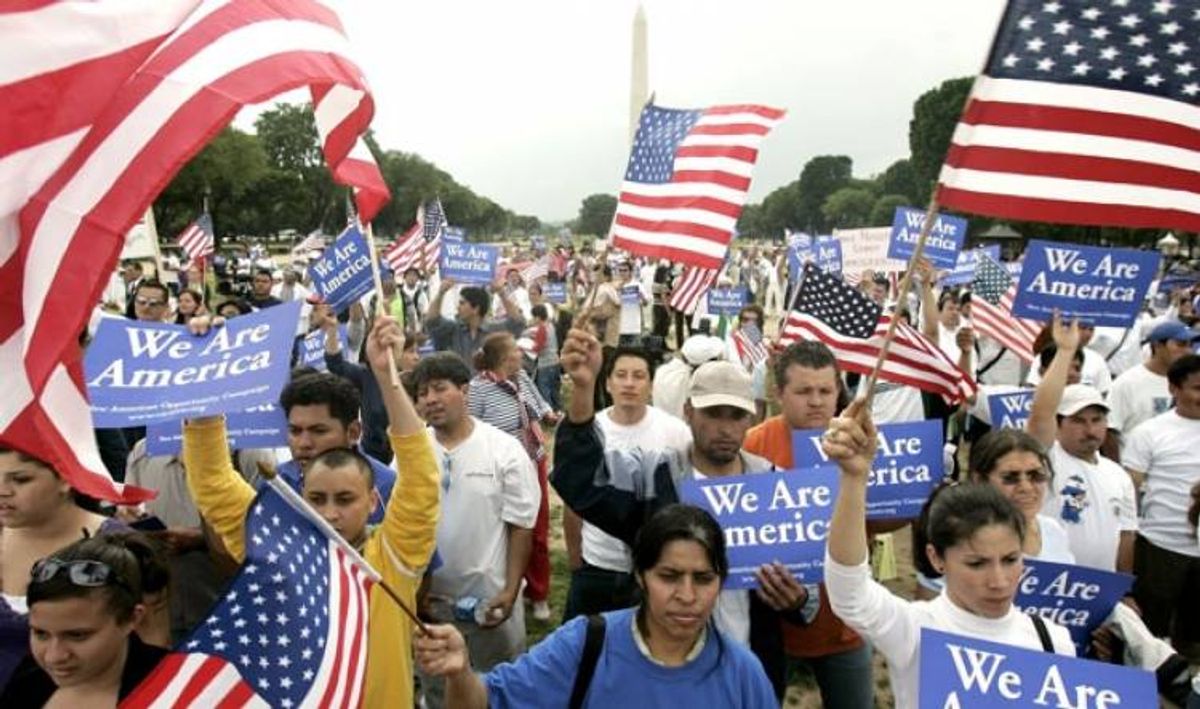 The escalation of mass deportations under the Obama administration has been met with an outpouring of protest and civil disobedience from immigrants; in recent months, activists have disrupted speeches delivered by the president, blocked entrances to immigration detention centers and otherwise risked arrest and deportation to demand a change in policies that separate families and disrupt communities.

A Monday piece in the New York Times highlights the experiences of immigrants whose lives have been torn apart by immigration policies guided by a quota system that requires that 34,000 beds in detention facilities are filled daily, with little to no regard for who fills those beds — a boon to for-profit private detention facilities but a devastating blow to communities.

In New Orleans, street sweeps by Immigration and Customs Enforcement agents this year also led to a protest. On Nov. 14, nearly two dozen demonstrators, including 14 immigrants without legal status, tied up midday traffic at one of the city’s busiest intersections for nearly three hours until the local police arrested them.

“Our people feel they can’t go to the store to buy food or walk their children to school,” said Santos Alvarado, 51, a Honduran construction worker who joined the protest here even though he has legal papers. “We couldn’t be quiet any longer.”

Many immigrants here have been stunned by the arrests, in which some people seemed to be stopped based solely on their Latino appearance, because they had been living here uneventfully since they came in the chaotic days after Hurricane Katrina in 2005 to work on reconstruction.

One of those workers, Jimmy Barraza, was unloading a carful of groceries on Aug. 16 when agents pulled up with pistols drawn, handcuffing him as well as his teenage son, a United States citizen. A mobile fingerprint check of Mr. Barraza, who is also Honduran, revealed an old court order for his deportation.

Mr. Barraza, 28, won release from detention but is still fighting to remain. His wife is a longtime legal immigrant, and he has two other younger children who are American citizens.

“If they deport me,” he said, “who will keep my son in line? Who will support my family?”