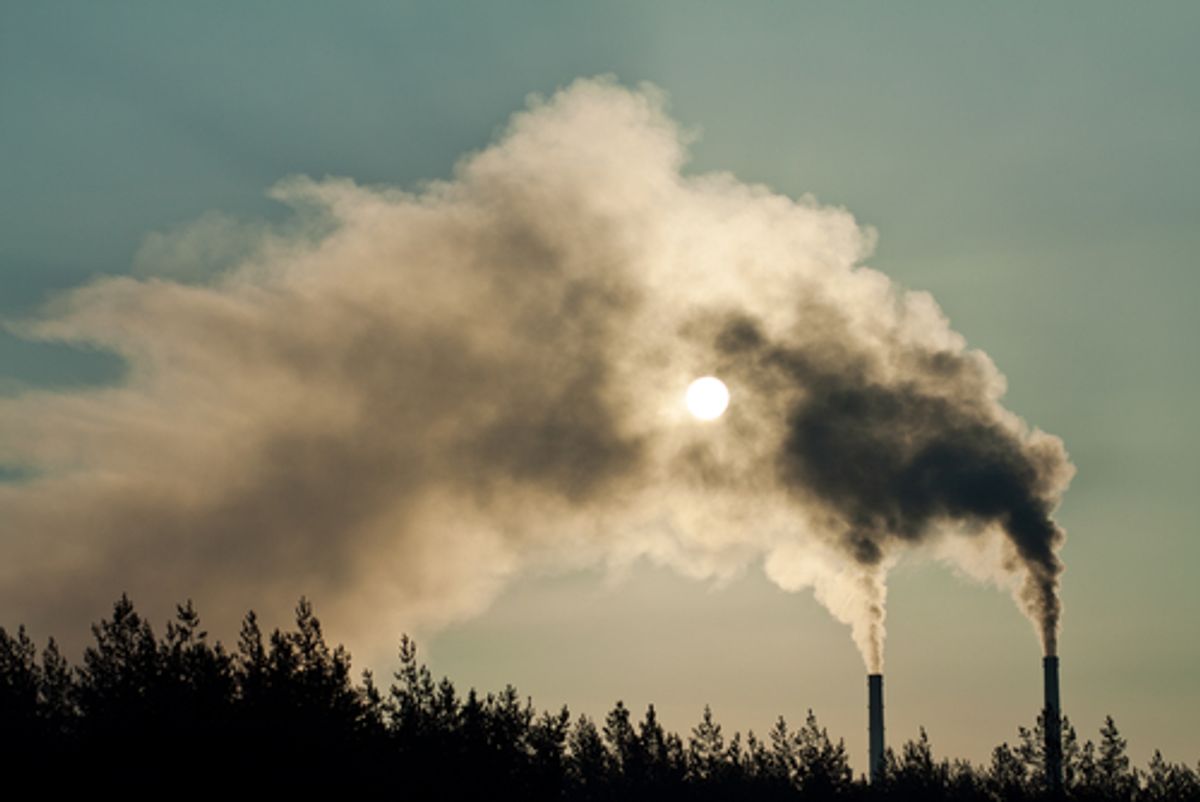 Climate deniers may be a minority, but they're organized — and they have a massive donor base backing them up.

That's the conclusion reached by a report published Friday in the journal Climactic Change, which The Guardian calls the "first extensive study into the anatomy of the anti-climate effort." It found that the campaign to discredit climate change runs upward of $1 billion a year, largely funded by conservative billionaires who work through secretive funding networks:

They have displaced corporations as the prime supporters of 91 think tanks, advocacy groups and industry associations which have worked to block action on climate change. Such financial support has hardened conservative opposition to climate policy, ultimately dooming any chances of action from Congress to cut greenhouse gas emissions that are warming the planet, the study found.

...The vast majority of the 91 groups on [Drexel University sociologist Robert] Brulle's list – 79% – were registered as charitable organisations and enjoyed considerable tax breaks. Those 91 groups included trade organisations, think tanks and campaign groups. The groups collectively received more than $7bn over the eight years of Brulle's study – or about $900m a year from 2003 to 2010. Conservative think tanks and advocacy groups occupied the core of that effort.

The funding was dispersed to top-tier conservative think tanks in Washington, such as the AEI and Heritage Foundation, which focus on a range of issues, as well as more obscure organisations such as the Atlas Economic Research Foundation and the John Locke Foundation.

Funding also went to groups that took on climate change denial as a core mission – such as the Heartland Institute, which held regular conclaves dedicated to undermining the United Nations climate panel's reports, and the Competitive Enterprise Institute, which tried and failed to prosecute a climate scientist, Michael Mann, for academic fraud.

“I call it the climate-change counter movement,” Brulle, told the Guardian. “It is not just a couple of rogue individuals doing this. This is a large-scale political effort.” And we don't even know who's behind it. The majority of the funders, about 75 percent, channeled their money in such a way that Brulle was unable to uncover their identities.

Of course, not all of the money was being directly channeled into anti-climate efforts, as many of the organizations funded have multiple focuses. But if climate denial represents one leg of their operations, it's not hard to guess where the rest of the money goes (hint: it's not Planned Parenthood). The bottom line, per Brulle: "These are unaccountable organizations deciding what our politics should be."