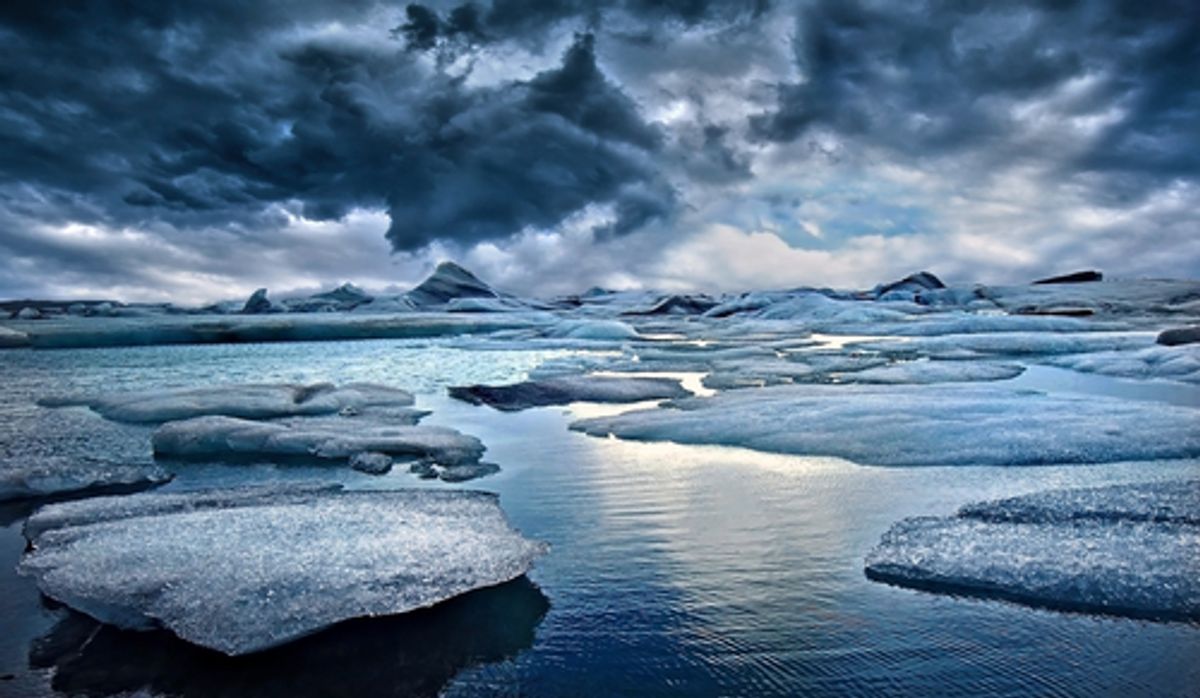 Researchers drilling into Greenland's ice sheet unexpectedly struck water: about 70,000 square kilometers of it, an area roughly the size of Ireland.

The discovery, they said in a study published in the journal Nature Geoscience, could yield important clues about sea level rise. If released, the water would raise sea levels by about .4 mm, the BBC reports — half the amount already contributed each year by the melting Greenland ice sheet.

The AFP describes the unusual way in which the melt water is stored year-round:

It works similarly to an aquifer below the ground, which is a spongey rock that holds water in its air spaces.

In this case, the air spaces in the firn are occupied by water, resulting in something akin to the crushed-ice soft drink called a snow cone.

"The surprising fact is the juice in this snow cone never freezes, even in the dark Greenland winter," said Rick Forster, a professor of geography at the University of Utah, who led the mission.

"Large amounts of snow fall on the surface later in the summer and quickly insulates the water from the sub-freezing air temperatures above, allowing the water to persist all year long."

The researchers can't yet say whether the Ireland-sized snow cone bodes well or not. "It might conserve the meltwater flow and thus help slow down the effects of climate change," said Rick Forster of the University of Utah, who led the mission that led to the firn's discovery. "But it may also have the opposite effect, providing lubrication to moving glaciers and exacerbating ice velocity and (iceberg) calving, increasing the mass of ice loss to the global ocean."

"We don't know the answer to this right now," he added. "It's massive, it's a new system we haven't seen before - we need to understand it more completely if we are to predict sea level rise."