The 5 worst political villains of 2013

Even in a year defined by political dysfunction, these 5 stood out for being so very awful 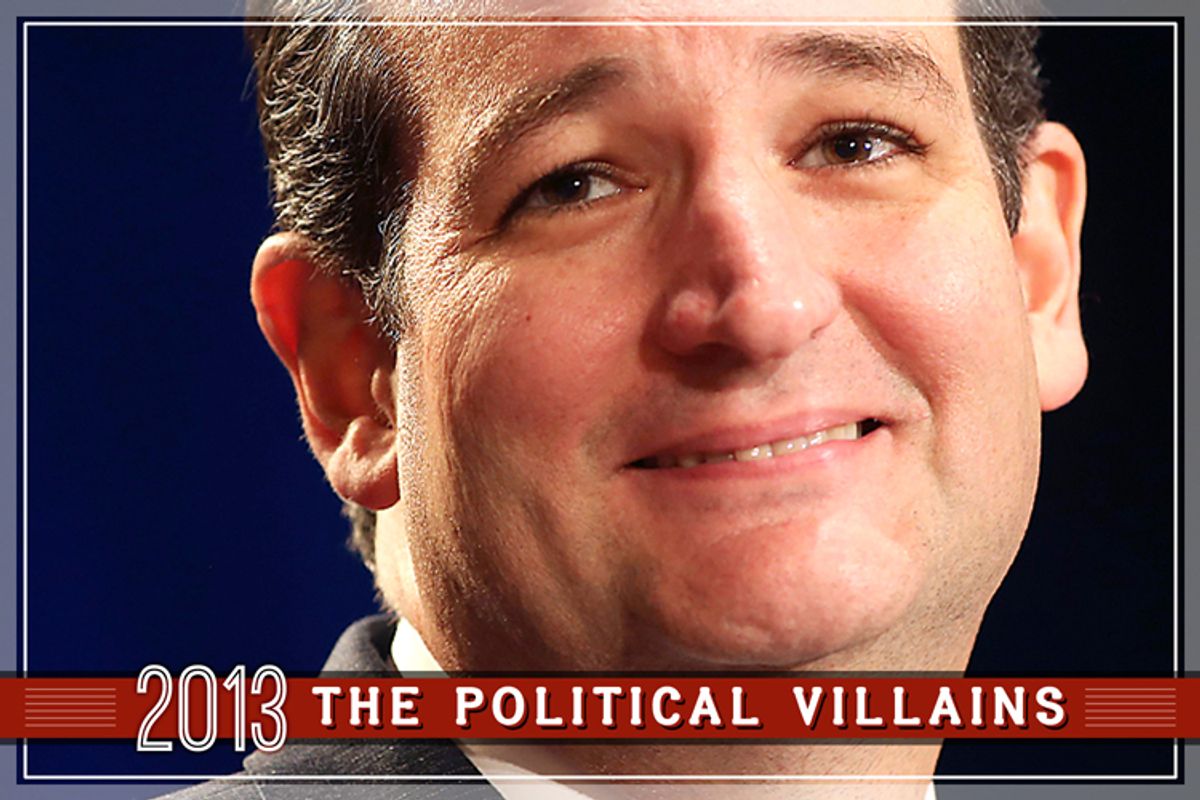 Another year in politics has come and gone and, wouldn't you know it, America still has problems! Lots of them, in fact. But while one could spend an eternity cataloguing the many challenges facing the U.S., we opted instead to focus on the five political players who, more than anyone else, were responsible for turning 2013 into such a rolling mess.

So next time you're trying to figure out who's to blame for reducing the American experiment of enlightened self-governance into a horror show of outlandish dysfunction, look no further than this here list. We've got you covered.