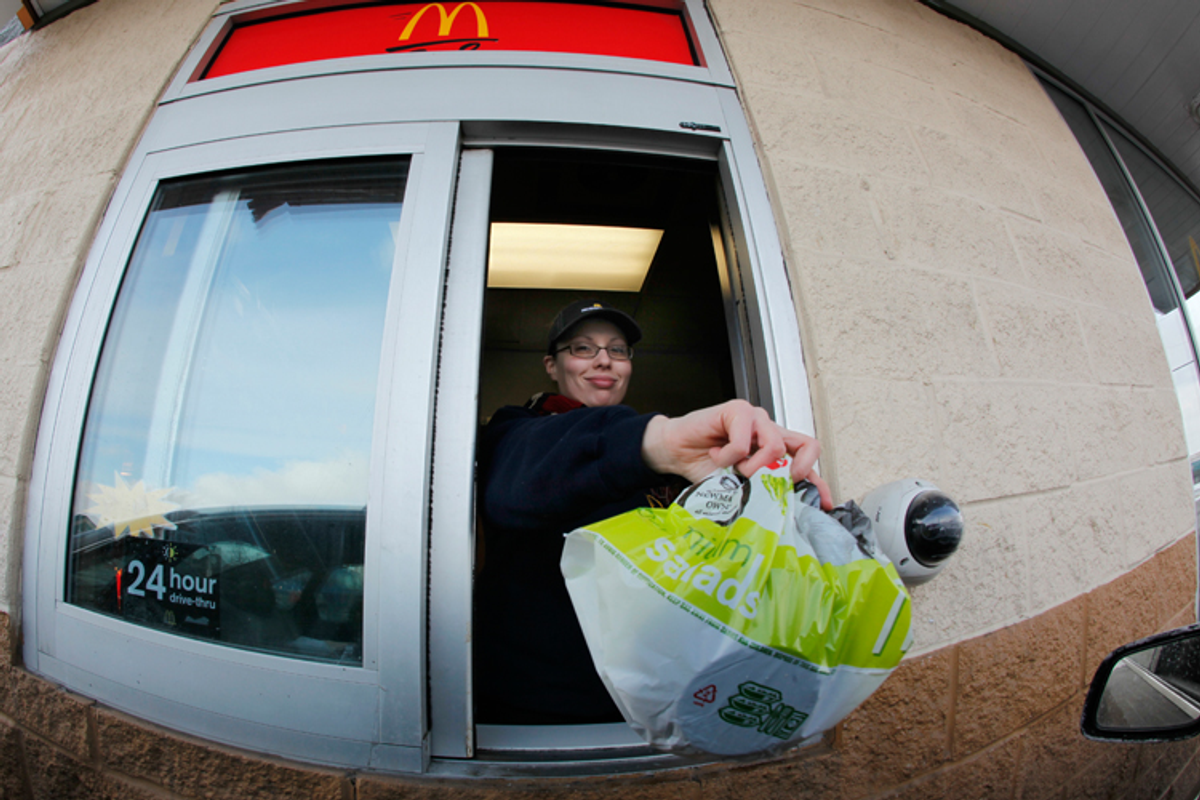 The McResource site -- purported attempt by the fast food giant to give advice and voice to its employees, many working for $7.25 per hour -- shutdown this week after its latest embarrassment.

The site advised workers against eating a standard McDonald's cheeseburger and fries meal (deeming such a choice "unhealthy"). As CNBC reported, the McResource site was de facto suggesting that McDonald's employees avoid popular meals provided by the establishment. As CNN noted, this is just the latest in a string of embarrassments stemming from the McResource site. At present, the site has been shuttered for "maintenance." Via CNN:

A McResource budget-planning guide for its employees was ridiculed in July for being out of touch.
"For starters, it didn't account for food and gasoline," CNNMoney reported. "The second line on the sample budget leaves room for income from a second job, which many called an admission by the fast food giant that its workers can't live on its wages alone."
And then earlier this month, NBC News reported that the site offered a guide on how much one should tip a pool cleaner, housekeeper, and even an au pair.
The only problem: The University of California Berkeley Labor Center and University of Illinois released a study in October that said 52% of families of fast food workers receive assistance from a public program like Medicaid, food stamps, the Earned Income Tax Credit or Temporary Assistance for Needy Families.
The fast food giant found itself again having to deflect unwanted attention from its internal site this week after CNBC reported that McResource ostensibly advises McDonald's employees to not eat at McDonald's.
"Fast foods are quick, reasonably priced, and readily available alternatives to home cooking. While convenient and economical for a busy lifestyle, fast foods are typically high in calories, fat, saturated fat, sugar, and salt and may put people at risk for becoming overweight."