Your move to the big city may be your last

New studies suggest the longer city-dwellers spend in their urban environment, the less likely they are to leave 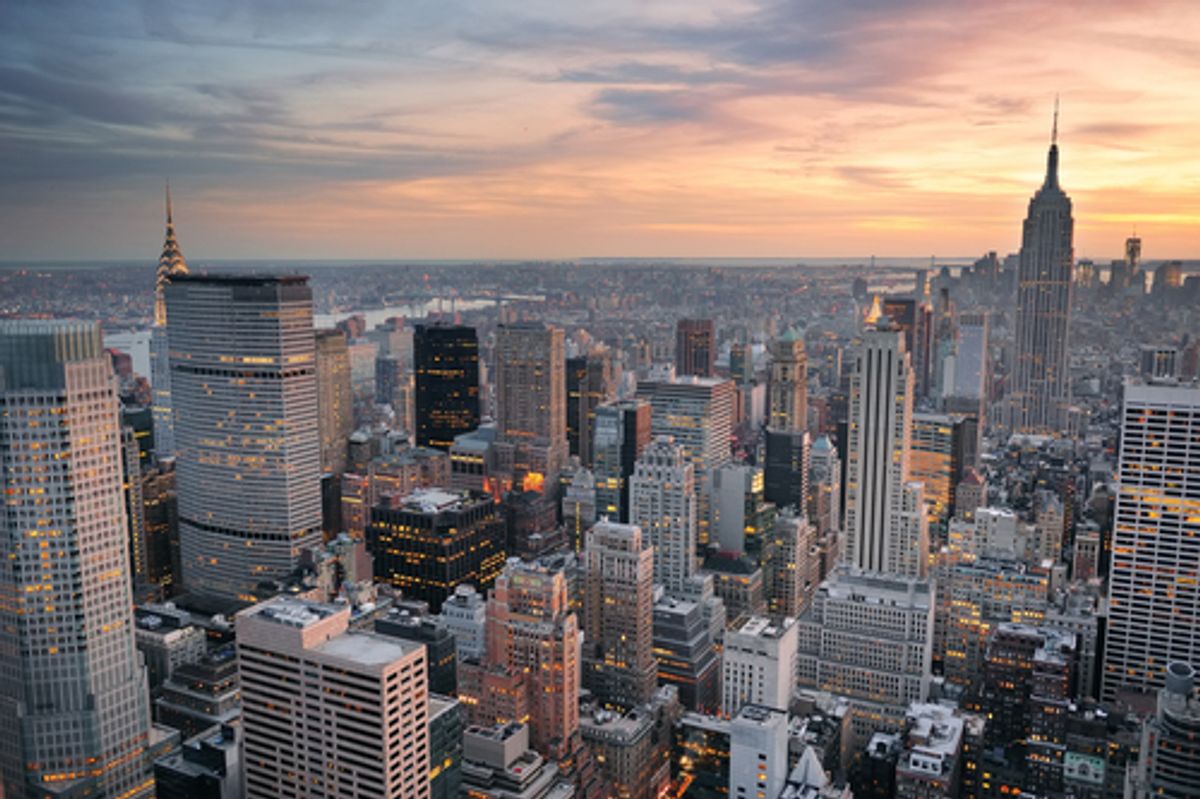 Television and movies are littered with fish-out-of-water tales about city slickers or country yokels transplanted into an unfamiliar environment. In recent years the farm-to-city example set by "The Beverly Hillbillies" way back in 1962 has been far more common among Americans than the reverse trek that forever changed the life of a young Kevin Bacon in "Footloose." According to census data, the percentage of Americans living in urban areas increased from 79 percent to 80.7 percent during the ’00 decade, while rural areas saw a corresponding decline.

It’s not hard to see why people might be tempted to move to the city. There are high-paying jobs; delicious foods; and the opportunity to see, hear, and experience world-class cultural events. But the desire to move to the city is only one part of the equation. In order for the share of city-dwellers to increase year over year, residents of cities must also choose to stay put.

A pair of recent studies might help to illustrate how city residents perceive their surroundings in a way that encourages them to stay put.

The first study, led by the University of Western Australia's Sarah Foster, investigated how neighborhood density influences perceptions of crime. Over a five-year period the researchers collected data from nearly 1,200 people who had resided in their homes for about 36 months. Survey items were used to measure fear of crime and perceived risk of crime, while data on walkability, density, and commercial development was collected from public records.

Foster’s team found that the participants who lived in denser or more developed neighborhoods reported a larger perceived risk of crime, but a diminished fear of it. In other words, being surrounded by more people made residents more likely to believe they would be victims of a crime, but less likely to fear the specifics of such an outcome. Because high crime tends to be a major downside of living in an urban area, not fearing it can make life a lot more pleasant.

In another study, based in part on the late Nalini Ambady's ideas regarding the power of instant judgments called "thin slices," researchers from the University of Surrey examined how a mode of transportation influences a person’s evaluation of what they observe. Participants in the experiment watched one of four different ambiguous videos in which two teenage boys fought over a sheet of paper as a teenage girl sat sending text messages on a nearby park bench. The only difference between the videos was that they were shot from either the perspective of a car driver, a bus rider, a cyclist, or a pedestrian.

How might these findings influence residency preferences? Imagine you randomly select two people who spend an evening in a city, one who lives there and another visiting from a rural area. It stands to reason that the person from the rural area will spend a higher proportion of their time traveling through the city in a car relative to the person who lives there. So for each scene the two people observe, the city resident, more likely to be on foot, ought to walk away with a more positive evaluation. Over time, the tendency to evaluate urban environments from the pedestrian perspective will lead city residents to place a higher value on city life.

Spending more time in a given place will almost always lead to more comfort and less fear. You learn the streets, find a favorite restaurant, and establish a warm familiarity with your surroundings. But these studies show how psychological tendencies can accelerate those changes among urban residents beyond what you might otherwise expect. Whether it’s due to becoming less fearful of crime or evaluating surroundings on foot, when city residents spend time in a city it can raise their opinion of the area beyond what would happen if they spent time in rural places, and beyond what would happen if a rural resident spent time in the city.

These findings can potentially shed some light on why urban populations continue to grow. There are essentially two ways the relative size of the urban population can increase. A large number of people could move back and forth between urban and rural areas, with a slightly larger number moving from rural to urban. Or a small number of people could move from rural areas to urban areas, with almost nobody else moving. The way that city dwellers evaluate their environments suggests that the reality may be closer to the latter scenario.

IF VERY FEW PEOPLE are leaving cities, one consequence could be increasing polarization in the realm of transportation policy. Until relatively recently a grand coalition habitually threw its weight behind the "more driving for everybody" agenda. But ever since we started to realize that walkability and environmental sustainability had their benefits, there has been a growing preference for a different approach. Today, residents of dense urban cores often prefer to see federal and state money spent on public transportation, while car owners who live beyond the suburbs are more likely to support highway spending and mandatory parking minimums.

While such disagreements have yet to explode on a national level, they ought to get more heated as they increasingly map onto standard liberal-conservative divisions. One thing that could engender compromise is if people are able to envision themselves as potential inhabitants of either urban or rural communities. Even if you currently live in the heart of a vibrant downtown, you might avoid a one-sided policy platform if you think there’s a future possibility of packing up for the country.

But these studies, which go a small way toward suggesting an ever-growing appreciation for cities among city-dwellers, show that may be unlikely to happen. Over time, urban residents will be less likely to envision a drastic change in where they live. In turn, this ought to further increase dedication to a set of policies designed to benefit those in their current situation. None of this is to say that every gubernatorial race will soon hinge on candidate plans for parking minimums. Just don’t discount how our perceptions of living environments can help create more polarizing views on transportation policy.