Ani DiFranco's faux-pology: White privilege and the year in race

With most white people not having to confront the true history of plantations, honesty about race remains elusive 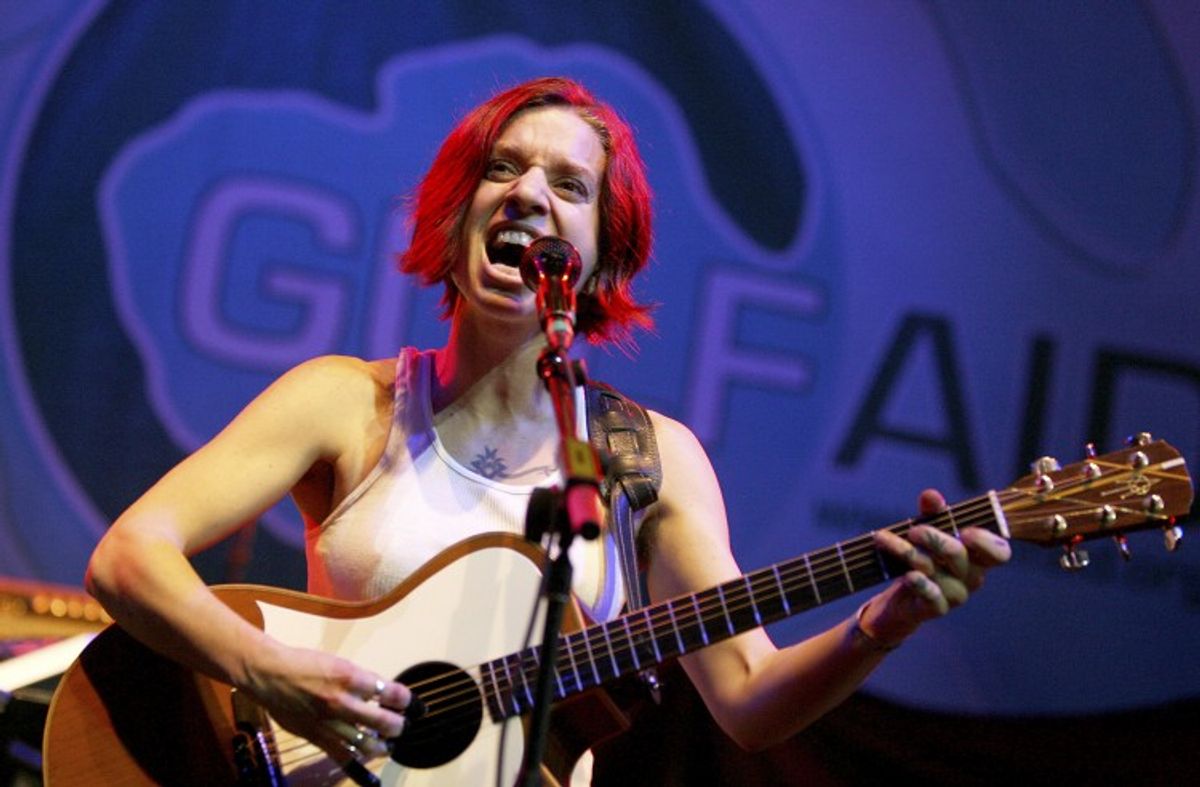 We ended 2013, the 150thanniversary of the signing of the Emancipation Proclamation -- a year in which one of the most popular movies, “12 Years a Slave,” chronicled the horrors of slavery in Louisiana -- with Ani DiFranco huffily canceling her plan to host a “Righteous Retreat” for artists at Nottaway Plantation in New Orleans. That, ladies and gentlemen, sums up your year in race. I understand that most white people never have to think beyond notions of the idyllic and pastoral when it comes to plantations. That these places continue to represent sites of untold horror, violence and humiliation for black people is the very kind of knowledge against which white privilege inoculates.

The whole point of being white is that you are never supposed to feel uncomfortable in space. To the moon and back, the world is yours. This past year, “pure” white space has been procured and subsequently sanctified through the precious spilled blood of black bodies – Trayvon Martin, who got no justice; Jonathan Ferrell, who asked for help in the wrong neighborhood; Renisha McBride, who did the same.

In her faux-pology, which doubled as a notice of cancellation, DiFranco claimed to “get it.” But from her passive aggressive chastisement and her choice to accuse her naysayers on social media of engaging in “high velocity bitterness,” she obviously doesn’t really get it. She acknowledged that “the pain of slavery is real and runs very deep and very wide,” but saw as “very unfortunate” “what many have chosen to do with that pain.”

No doubt, Ani discovered this week, that social media is no country for white women’s foolishness on race. Unfortunately for her, she chose to launch this retreat at the same time that another unfortunate white feminist soul launched a twitter campaign called #stopblamingwhitewomenweneedunity. And after a year of looking at Miley Cyrus’ non-twerking ass, everyone has had enough.

But also, here’s the thing: Sometimes I, too, cringe at the level of hatred and hateration that gets spewed at folks in social media. As the actress Rashida Jones said of Twitter recently, it often feels like a bad neighborhood where everybody is spoiling for a fight.

Indeed it does. But I also know that “bad neighborhood” is not a race-neutral term, any more than “plantation” is. They both conjure up images of utterly abject brown bodies.

While reading DiFranco’s defensive response, I was forced to work through my own feelings of aversion to the warp speed attacks that happen on Twitter. I realized that social media shows us how unwell we are as country; it shows particularly as it relates to battles over race that wounds run deep. And in a post-racial moment that has been most wily in its particular ability to strip us of adequate language to talk about the persistence of racism, people of color have taken to social media – Twitter, Tumblr, blogs – as a swift corrective to this farcical American foray into politeness.

We are wounded. Shit. And anger feels like a safer emotion than pain. So we are letting our pain, which shows up most readily as righteous rage, hang out boldly alongside our incisive, eloquent critique.

How could we not be in pain?

We celebrated the 50thanniversary of the March on Washington, just a few short weeks after the Supreme Court gutted the enforcement provisions of the Voting Rights Act. We watched helplessly as a nearly all-white jury convicted Trayvon Martin’s killer of no crimes. We saw black people’s long struggle to freely patronize retail outlets of their choice gutted by several high-profile instances of “shop-and-frisk.” We lost Hadiya Pendleton and Renisha McBride and Jonathan Ferrell this year. And Marissa Alexander spent most of this year in jail.

There were a few (perhaps, symbolic) victories: the triumphant rise of the Dream Defenders in Florida, the striking down of stop-and-frisk, the rollout of the ACA, the election of Bill de Blasio in NYC, a white mayor with black children and a prominent black feminist wife, the election of Cory Booker to the U.S. Senate, a new Beyoncé album.

It seems we went two steps forward and three steps back in most instances, only to end the year debating about getting righteous on a plantation.

When I think about my own first experience visiting a plantation in South Louisiana for a class “heritage trip” I remember discomfort coursing through my 12-year-old body, whispering to the three other black kids on a trip with more than 70 students about the dishonest way they talked about slavery, the way they referred to the “servants’ quarters” out back, the fact those were not a part of the tour.

The four of us stuck together for the rest of the trip. Shared alterity often has that effect.

2013 was a year when we failed to be honest about the cancerous racism that continues to eat the U.S. body politic from the inside out.  If we can’t be honest, we can’t win. We won’t be honest, and therefore we won’t win.

Ani DiFranco’s retreat brought out the righteous ire and indignation of black folks and she couldn’t deal. She couldn’t recognize that “our pain” is not “her pain.” But to put it like Jesse Jackson might, if we wanna deal and we wanna heal then we have got to get real.

In fact, that’s the one truth I know for sure at the end of 2013: If we want to be righteous on race, then we’ve got to get real. That’s all there is to it.