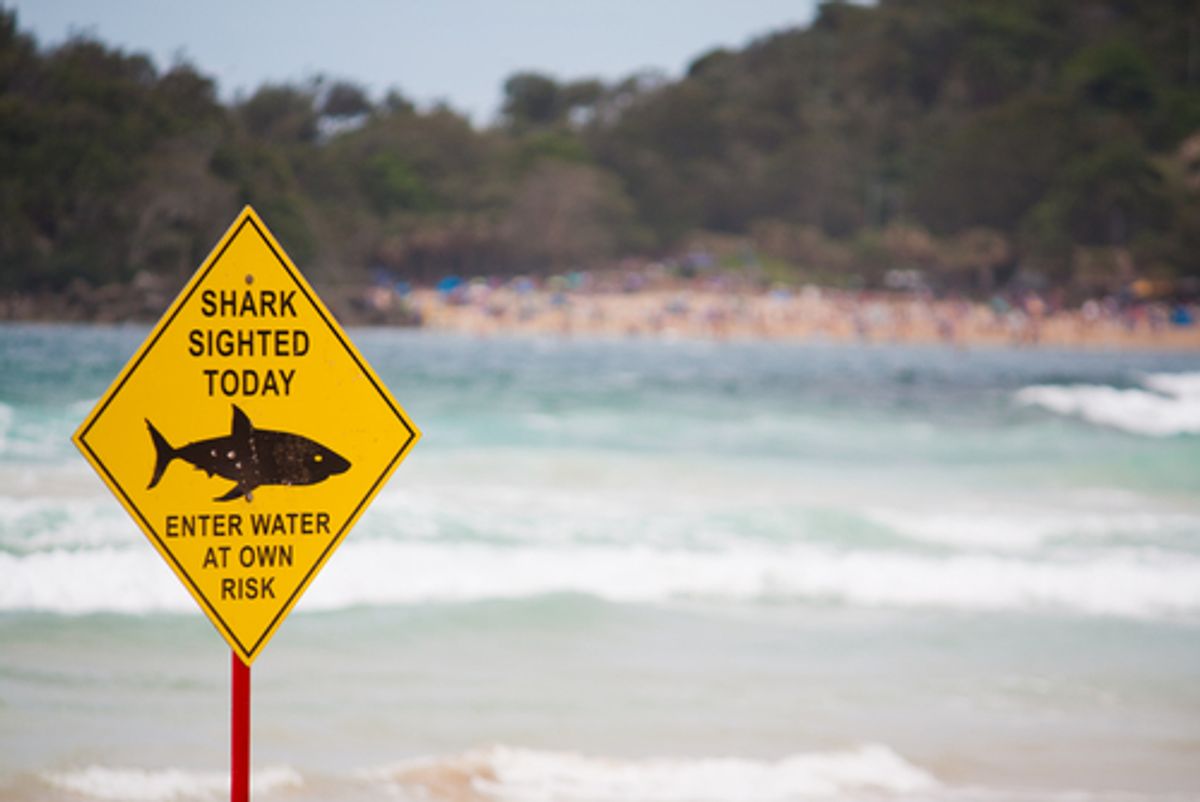 Beach-goers in Western Australia have just been presented with a compelling new reason to bring their smartphones to the beach: More than 300 sharks are now tweeting out their locations.

The sharks joined social media with the help of government researchers, who hooked them up with acoustic transmitters that monitor their location -- and send out an automatic alert when they come close to shore via Surf Life Saving Western Australia's Twitter feed.

Western Australia is the world's deadliest place for shark attacks, Sky News reports, with six fatalities occurring in just the past two years. As SLSWA's Chris Peck explains it, the alerts are the quickest way to warn swimmers about potential dangers:

"You might not have got some of that information until the following day in which case the hazard has long gone and the information might not be relevant.

"Now it's instant information and really people don't have an excuse to say we're not getting the information, it's about whether you are searching for it and finding it," he said.

In other words, if you get mauled by a shark, it's your own fault for not being on Twitter.