Compassionate conservatism is back! (And just as ridiculous as ever) 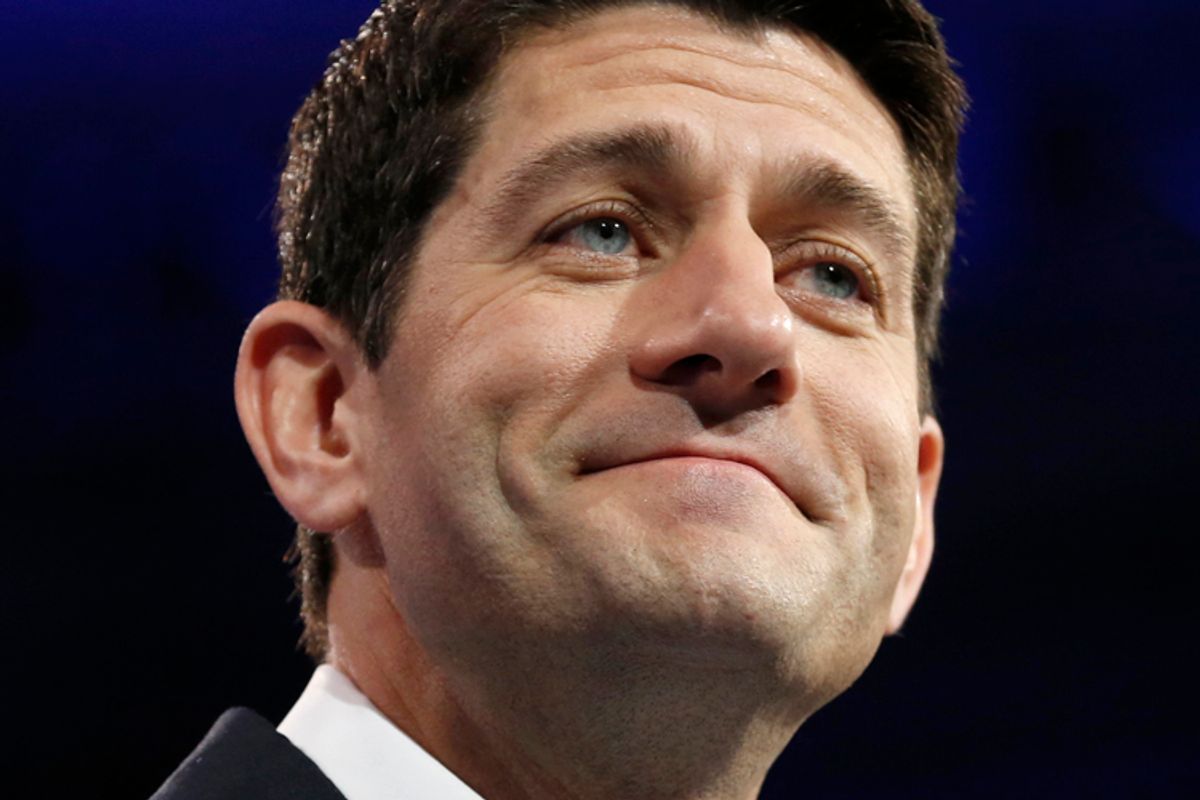 According to a major new study by a group of academic researchers at Columbia University, government programs like food stamps and unemployment insurance have significantly helped the poor over the last 50 years.

But the very same study shows that America’s deregulated, capitalism-gone-wild economy has done far less to lift people out of poverty during that same period. The facts demonstrate clearly that government services have made the difference in people’s lives, while America’s economic policies have failed.

As Zachary Goldfarb reported in theWashington Post, the researched revealed that, “The safety net helped reduce the percentage of Americans in poverty from 26 percent in 1967 to 16 percent in 2012. The results were especially striking during the most recent economic downturn, when the poverty rate barely budged despite a massive increase in unemployment.”

You would think that ought to settle the matter: A strong social safety net is the best defense against poverty.

Yet in the face of these findings, Goldfarb’s paper recently ran a noxious editorial blasting the idea of expanding the social safety net, despite America's extreme current levels of income inequality and misguided economic policies that obviously redistribute wealth toward the rich. Could this be because the editorial board of the Post is caught in the grips of a bizarre belief based on the magic-making capacities of a flightless bird and a supernatural appendage? Let’s explore.

Back before the 19th century, American conservatives advocated what’s known as the “turkey basket” approach to poverty. You help the poor through charitable gestures, like bringing poor families in your community a turkey for Christmas. Poverty was a natural state and part of God's plan, after all, not a social problem. The poor were orphans and widows and such, and giving them alms was a religious duty.

But gradually, conservatives began to consider the ideas of Enlightenment thinkers who tried to approach poverty in a more systematic way. Conservatives preferred the ideas of Adam Smith, the father of free-market fundamentalism, who suggested that a mysterious power called the invisible hand of the market would take care of the poor, providing them with a free, expanding economy that would bring a “universal opulence which extends itself to the lowest ranks of the people.”

So now conservatives had both a bird and a supernatural agent to solve the problem of poverty (though truthfully, some were relieved to dispense with the Turkey altogether and just abandon the poor to the Hand). Unsurprisingly, this approach didn’t work. In the aftermath of the Great Depression, which woke up most thinking people to the mythology of a free-market paradise in which everyone would enjoy opulence, massive government programs were needed to counter the tsunami of poverty and prevent complete social chaos. Thanks to these programs, which included protections like unemployment insurance, America prospered, poverty was dealt a body blow, and income inequality shrank for the next several decades.

But American conservatives could not abandon their peculiar idols. Starting in the 1970s, they began to agitate for a return to the old thinking. They called upon Marvin Olasky, a minor academic and religious zealot, who dusted off the ancient theories in the 1980s and repackaged them as “compassionate conservatism” — a doctrine dedicated to reducing the federal role in helping the poor and leaving them to the free market and whatever turkey baskets might come their way.

Paul Ryan serves up the latest Turkey-Hand recipe, relying heavily on promoting volunteerism and advocating charity in the place of food stamps to conquer poverty. And if that doesn’t work, hey, folks — just pray! “You cure poverty eye to eye, soul to soul,” Ryan explained to a Heritage Foundation forum. “Spiritual redemption: That’s what saves people.”

Well, Mr. Ryan, it didn’t save the nearly 6 million American children who live in homes where there isn’t enough food, a number which will rise if cruel cuts to unemployment benefits are made three days after Christmas.

It didn't save the 7 percent of all workers who earn wages that leave them below the poverty line of $18,530, while the CEOs of McDonalds, Disney, and Coca-Cola make over 25 million dollars a year.

It didn't save the 7 homeless people who have frozen to death so far this winter in one of the wealthiest zip codes in the country.

With the GOP's latest attempt to confront poverty by depriving 1.3 million jobless Americans of unemployment benefits and requiring hungry people to urinate in a cup in order to get food stamps, it's obvious what today's conservatives really means when they talk about compassionate conservatism: conservative compassion.

We know where the real turkeys are.