Forget Justin Lookadoo. Here is the advice about sex and dating that young people really need to hear 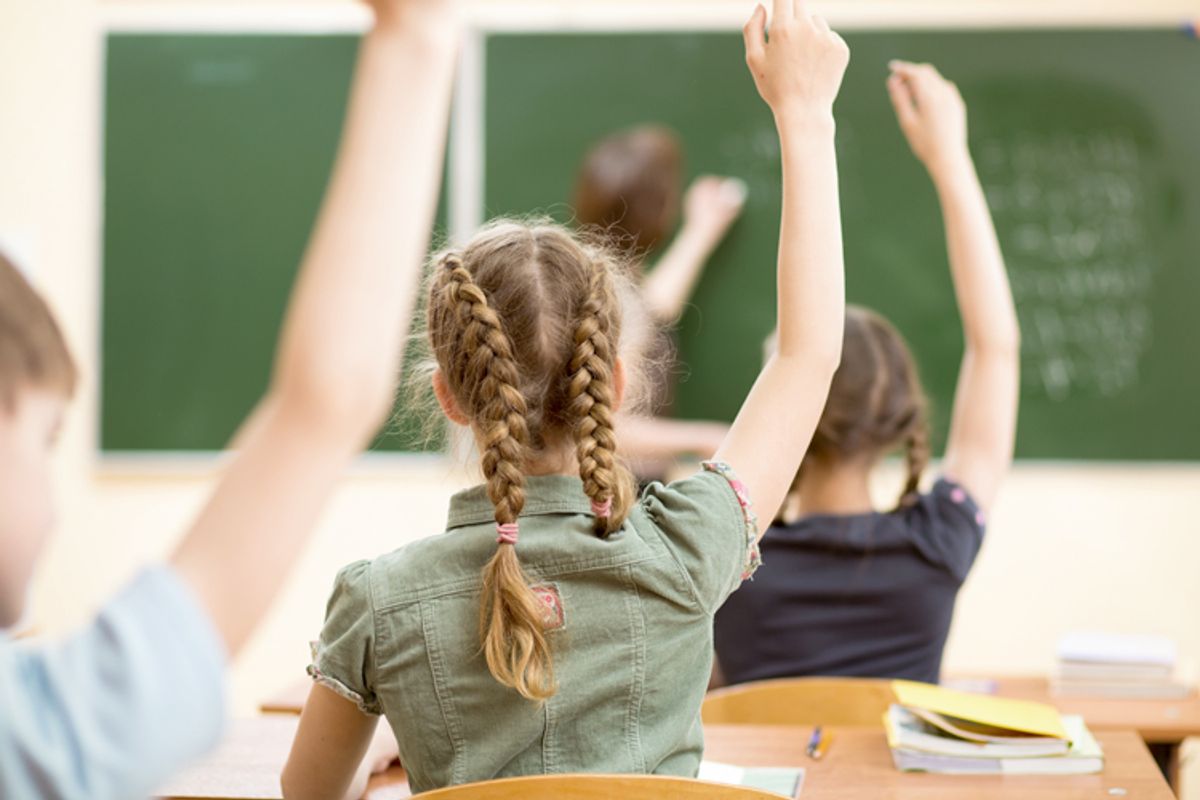 Sex education in the United States is a mess. Only 22 states and the District of Columbia require that public schools teach sex education in the first place, and among that number, only 19 have laws ensuring that what's being taught meets the minimum requirement of being medically or factually accurate. Perhaps as a result of these dismal indicators, a recent survey among teenagers reveals that 41 percent know little or nothing about how condoms work, and a staggering 75 percent have almost no understanding of birth control.

And as for those schools that do elect to teach students about sex and dating, far too many seem to rely on deeply sexist and conservative educators to do so. A high school in Texas was recently criticized by students and parents for bringing in Christian "relationship expert" Justin Lookadoo to dispense advice to teenage girls about keeping their mouths and their legs shut. (This kind of thinking passes for "good" advice is a seriously scary number of places.)

So as a small service to the younger generation, Salon reached out to a few of our favorite sex writers and sex educators to get the advice they wish they had known sooner.

The first time you have sex is just the beginning of your sexual education, so don't sweat it:

Virginity can't be lost because it doesn't even exist. Try thinking of it all as a natural, normal process of human sexual development that includes many different experiences with ourselves and with partners over time. Good sex takes practice -- both alone and with others.

There are a lot of rules and stereotypes about gender out there, but just because they are popular doesn't make them true. And it also doesn't make them true just because there are some examples out there that seem to support those rules and stereotypes.  We can each define gender for ourselves, and should respect others' definitions of how they wish to live their own genders. [...]

It feels easy and natural to say "girls are like this" or "boys should be like that." It's so important to resist those kinds of beliefs, as they hurt and limit all genders. One of the most powerful and controversial acts of protest we can engage in is simply to be happy with ourselves just the way we are, and to support each other in that effort.

When it comes to good sex, communication is key:

Don't expect your partner to read your mind and magically provide the kind of pleasure you want. And also, don't suffer silently if it isn't working for you! Seek out partners who want to support you in feeling good (and who you want to support that way) and make it an enjoyable team effort with lots of communication.

If anyone involved is not ready or able to openly and honestly discuss their needs, joys and limits around sex then you're not ready for each other yet. And, by the way, this is a conversation that can continue throughout your time together!

Confidence is the cornerstone of good sex. Feeling confident comes from accepting yourself, and it's a lot easier to accept yourself and all the weirdness inside of you when you realize that everyone else is dealing with that, too.

Sex is about learning what you like, so don't get discouraged if it isn't perfect the first time:

Don't let expectations box you in or limit your pleasure:

There is so much you get bombarded with in this masculinity-oriented society, and there are people who close themselves off from doing some things -- not because they're not interested in those things, but because they are concerned about what it might mean about them or their manhood. Let it go; enjoy everything.

To me, the gift of gay sex is that you can do anything. The possibilities are so endless in terms of what you can do to him, what he can do to you -- that is what's so fun about it. You never have to have the same experience.

Know who you are when it comes to your sexuality, but don't be afraid to step outside your comfort zone and be open-minded about sexual experiences. It can be really hard to shake the negativity that is culturally associated with sexuality, but the sooner you do that the happier you'll be.

The sooner you get there the more fun you're going to have.

Safe sex is not only about maintaining physical safety and avoiding diseases, infections and pregnancy. We should enter into sexual relationships also feeling mentally and emotionally safe and confident. You don't have to love someone to have sex, but you should, at the very least, respect your partners and yourself enough to make what goes on between you pleasurable and safe. There is nothing more empowering than being able to safely explore one's desires and fantasies without fear of shame or feelings of remorse; sex is to be enjoyed, not regretted.

Sex is about much more than just intercourse:

The first thing is this idea about the variety of sexual repertoire or the variety of behaviors that are encompassed by the word "sex." Sex is not just intercourse or penetration. It can include so many different things. There are endless combinations. They do not always have to be the same things. You really can be free and should feel free to switch them up based on your partner, your mood and what you feel like doing at any given time.

There is too much emphasis on that word "sex" and penetration.

No, everyone is not probably having more sex than you:

It is important to know that perhaps people aren't having as much sex as they think they are having. The amount varies, widely. If you're in a relationship you're more likely to have more sex.

There is this false sense that "active" means having lots of sex. That if they aren't having sex daily or weekly there is something wrong with their sex lives. So let's rethink what active means, and how that's intrapersonal.

Sexuality is fluid, and fluidity can be fun:

Its fine if you're not gay. Its fine if you are gay. There is a lot of fluidity around this. It's OK to find a guy attractive. There is nothing wrong with that. Those things don't define you. Orientation is an identity preference and you can choose who you want and change your mind as many times as you like. You shouldn't pigeonhole yourself or let others pigeonhole you.

Embrace the diversity of sexual behavior and identities. Embrace words like fluidity and diversity.

Sex can be totally awkward sometimes, and that's OK:

People need to understand that sex is fun -- fun and funny. Sometimes it's awkward, sometimes it doesn't go off as planned. There is so much pressure around sex about what its supposed to look and feel like that it can lead people to feel disappointed.

I can only imagine telling people, "It's OK to laugh during sex." It's supposed to be serious business, but sometimes it's not that serious! Sometimes it's really funny.