Are we in the final days of small farms?

Corporate farming is on the rise in Texas 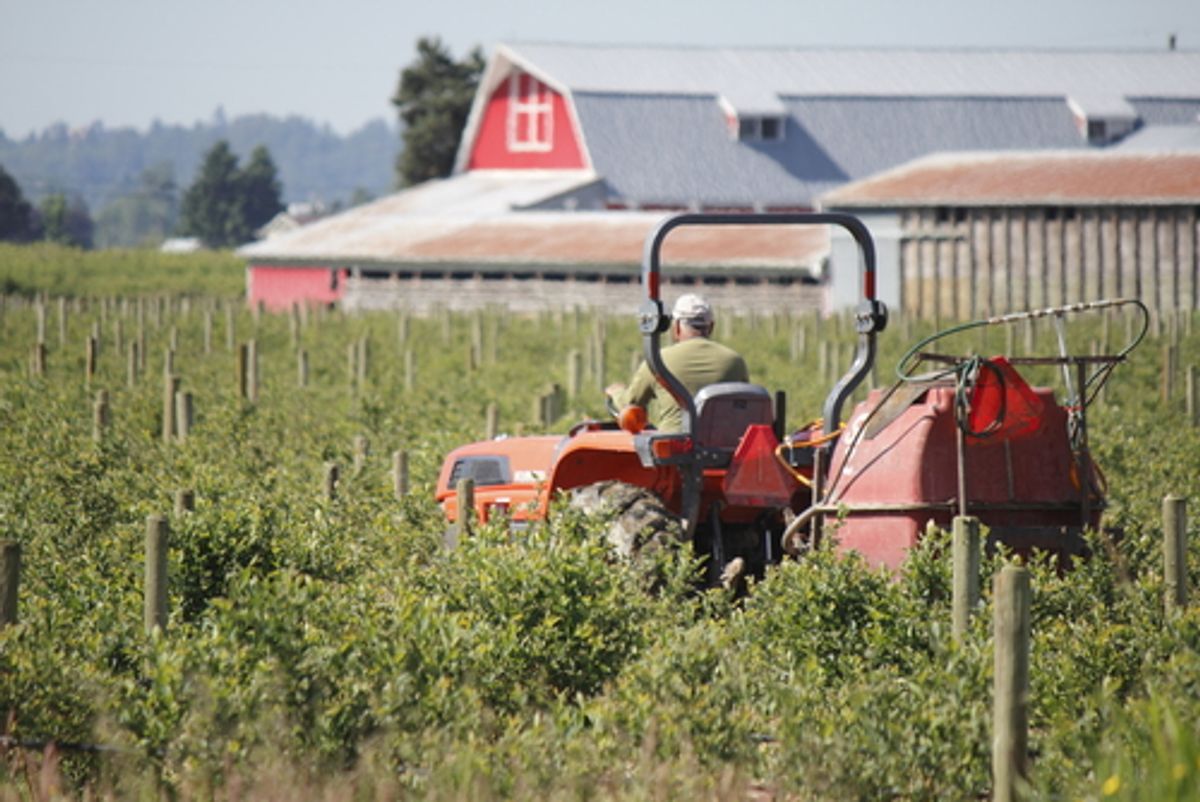 A "growing number of Texans" are selling the family farm, the Texas Tribune reports, causing the state to hemorrhage small and midsize farms and ranches at a rate of 250,000 acres per year. As droughts persist, land prices rise and urban opportunities beckon, the Texas A&M Institute of Renewable Natural Resources predicts that the state, which lost about 1.5 million acres of agricultural land in the decade between 1997 and 2007, stands to lose a million more by 2020.

“The bottom line is, it just ain’t no fun anymore,” Mike Skinner, a third-generation farmer, told the Tribune. And in the dearth of small landowners, larger corporations are taking over:

Darren Hudson, a professor of agricultural economics at Texas Tech University, said a decline in population did not always mean less farming. Technological advances have allowed many farms and ranches in the Panhandle to expand, he said, while maintaining production levels with fewer workers.

When land is sold there, “it doesn’t go away,” Hudson said. “Their neighbor gobbles it up, and it gets bigger.”

Prices for agricultural land in Texas have risen significantly, another incentive to those who are considering selling.

But the risks of running an agricultural business have also increased. A tractor or combine can now cost $300,000, meaning an operation must be larger than in years past to justify such a cost, [DeDe] Jones, the A&M economist, said.

“The stakes are just a lot higher,” she said. “We’re going to see more corporate farms and larger farms than we have in the past.”