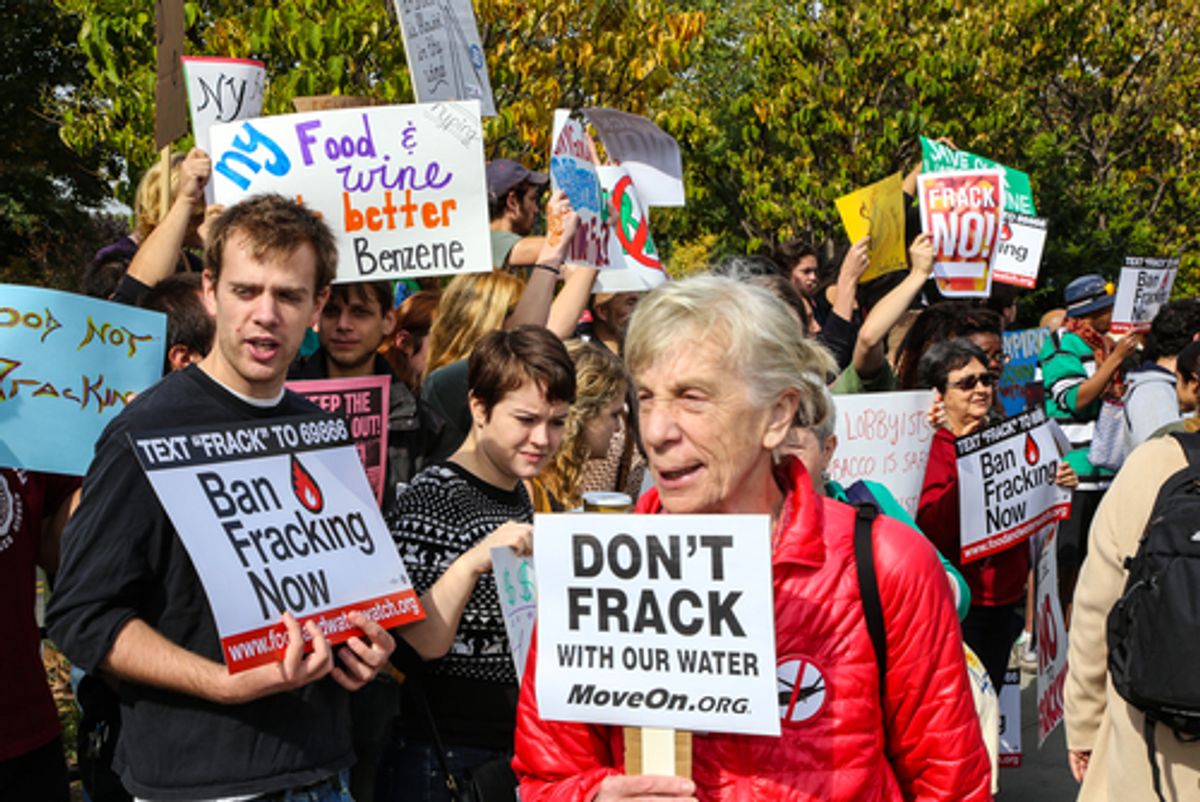 A proposed ballot measure in Colorado would alter the state's constitution, allowing individual communities to ban or restrict drilling for oil and natural gas. The initiative, said Cliff Willmeng of the newly formed Colorado Community Rights Network, would allow local governments to prevent not just fracking, but any industry activities perceived as a public health threat, such as the planting of GMO crops or the use of cyanide in gold mining.

From the Boulder Daily Camera:

...Willmeng said the group is planning to turn in final language for a ballot measure to the state in the next week or so.

That would be followed by a statewide signature collection campaign -- 86,105 valid signatures would need to be presented to the Colorado Secretary of State's Office -- to qualify the measure for the November ballot. If it passes, the act would be the first effort of its type in the country to be enacted on a statewide level, said Willmeng, who successfully led the charge in Lafayette to ban any new oil and gas drilling there.

Several Colorado towns -- Fort Collins, Lafayette and Longmont -- have already attempted to enact fracking bans, and have been met with lawsuits from the Colorado Oil and Gas Conservation Commission, which both regulates and promotes the statewide industry. While rulings have yet to be made in any of the cases, the amendment would allow local ordinances to supersede state law:

Willmeng said the intent of the proposed act would be to ensure that state law and corporate interests don't trump local law when it comes to making decisions about what's best for the health and wellbeing of a community.

He expects that there will be strong legal challenges to the measure, which would give local communities the power to eliminate the "rights, powers and duties of for-profit business entities" if they usurp or conflict with the "fundamental rights of people, their communities and the natural environment."