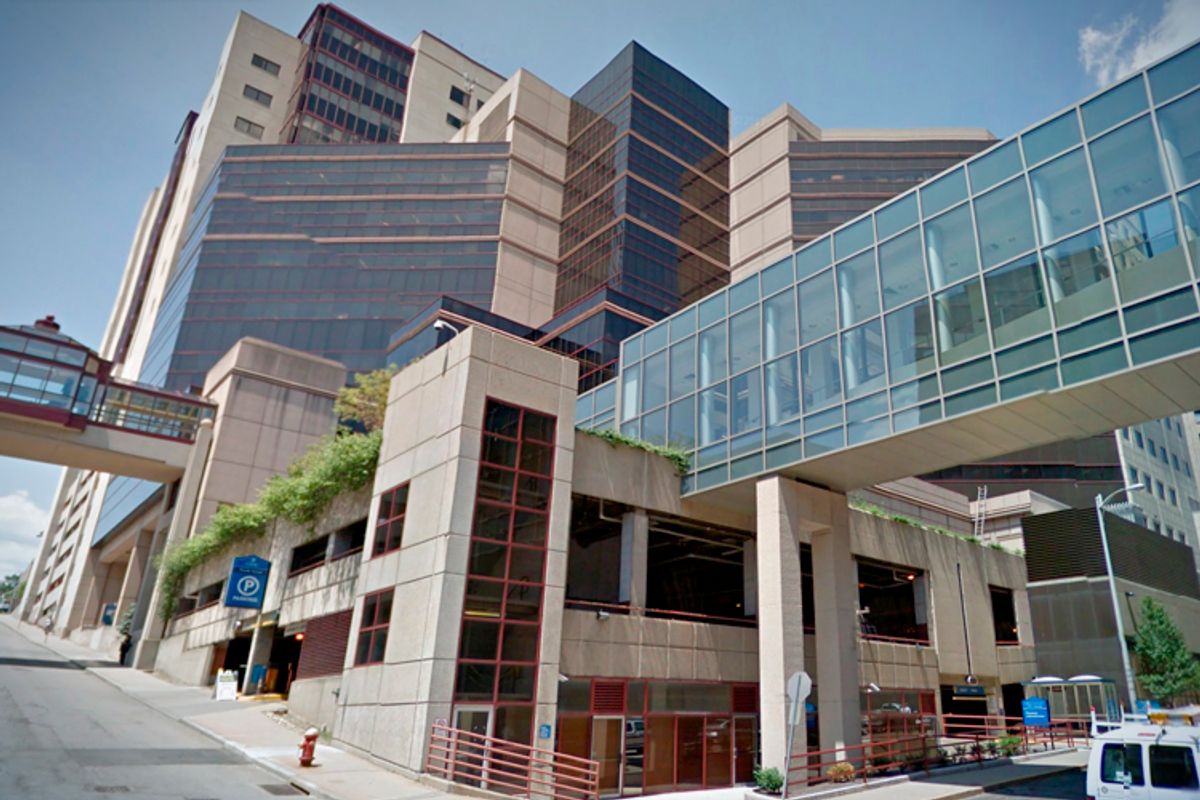 The University of Pittsburgh Medical Center
--

After denying that it had any employees, and that its facilities were subject to civil rights standards for federal contractors, a hospital giant is mounting a legal case advocates say could upend federal equal opportunity law. At issue is the federal Office of Federal Contract Compliance Programs' authority to oversee and mandate changes in facilities of the University of Pittsburgh Medical Center, which reap millions from serving federal workers.

“They’re making some pretty broad arguments in their brief about the government’s authority to enforce equal opportunity laws,” National Women’s Law Center senior counsel Neena Chaudhry told Salon. If the D.C. Circuit “were to consider them and then actually agree” with the University of Pittsburgh Medical Center, she warned, “then it would really dismantle equal opportunity laws that have been in place for a long time … It would mean that lots of employees are left without protection.” NWLC, the NAACP Legal Defense Fund, the National Partnership for Women & Families, and the Service Employees International Union filed briefs Monday with the D.C. Circuit Court of Appeals contesting the University of Pittsburgh Medical Center’s case against the OFCCP.

In an email to Salon, UPMC Media Relations director Gloria Kreps charged that “these filings by the SEIU and other special interest groups blatantly misrepresent the issues in the OFCCP matter as well as UPMC’s position in that litigation.” Kreps said UPMC was contesting OFCCP’s ability to “treat three particular UPMC facilities as ‘subcontractors’ under a federal contract awarded to the UPMC Health Plan,” whereas those “entities that are federal contractors or subcontractors fully comply with OFCCP requirements.” But she added, “Also at issue is whether certain OFCCP regulations would impermissibly require UPMC to make employment decisions based on race or gender.”

NWLC vice-president Fatima Gross Graves countered that the brief filed by UPMC “directly contradicts” UPMC's description, in that it “argues that OFCCP lacks the authority to implement its long-standing regulations.” “If it no longer takes that position,” she emailed Salon, “it should inform the court.” UPMC’s Kreps also told Salon that the hospital “complies with and embraces all local, state and federal anti-discrimination requirements”; in a court filing, the hospital contends that an “affirmative action scheme” of the Department of Labor “is onerous, complex, and expensive.”

“Americans have fought long and hard for these crucial protections that make sure women and people of color have equal opportunity in the workplace,” the NAACP Legal Defense Fund’s Veronica Joice said in an emailed statement. “We trust that the court will not set us back decades to a time when millions of Americans were treated as second-class citizens.”

The legal fight at the D.C. Circuit  -- the country’s second-most powerful court – comes 10 years after the OFCCP initially informed the hospital giant that three of its facilities, which serve federal workers in the UPMC health plan, had been chosen for a compliance review. Following a 2006 OFCCP non-compliance complaint against UPMC, and an administrative review board’s rejection of UPMC’s contention OFCCP was trying to investigate hospitals that weren’t true government subcontractors, UPMC appealed to the D.C. District Court and, after being routed there, to the Court of Appeals.

The OFCCP showdown has become the latest flashpoint in a long-running struggle between UPMC and SEIU, which seeks union recognition for UPMC workers. In October, the National Labor Relations Board issued a complaint – similar to an indictment – against UPMC on allegations of illegal union-busting. (UPMC noted the NLRB had so far “not determined that UPMC has violated any labor laws.”) The city of Pittsburgh has also mounted a legal challenge to UPMC’s status as a tax-exempt nonprofit; a city attorney wrote that the hospital’s “commitment to charity is dwarfed by its preoccupation with profits.” In response, UPMC has contended in court that it is a mere “parent holding company,” and legally has no employees of its own. Critics note UPMC’s website touts its status as “the largest non-governmental employer in Pennsylvania, with more than 60,000 employees.”

“Standing up to UPMC hasn’t been easy, for myself or for my family,” UPMC union activist Jim Staus, whose firing by UPMC is included in the NLRB complaint, said in an emailed statement. “But what is right isn’t always the easiest thing to do … UPMC, it is time for you to stop the bullying, enough is enough.”