According to new data, only 30 percent of women live in a state considered supportive of reproductive rights 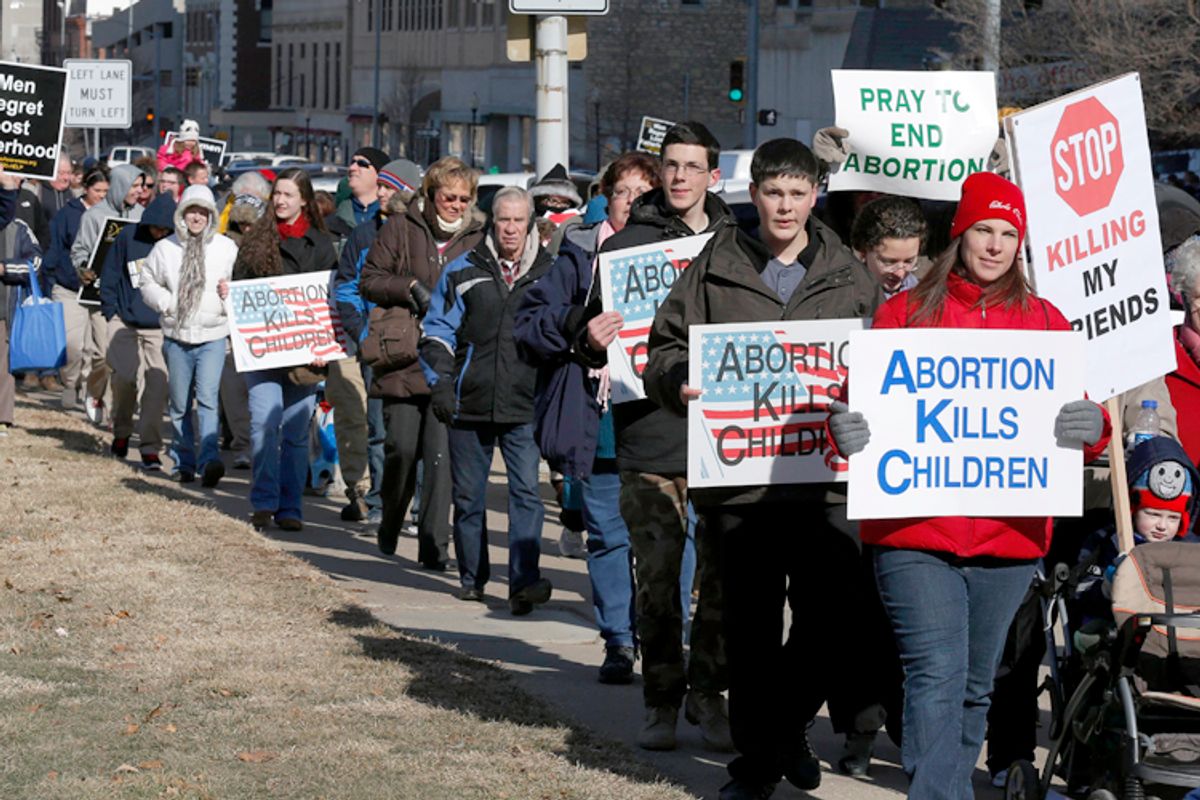 By now you've already read the year-end roundups, so you know what a dismal year 2013 was in terms of reproductive rights. This week, the Guttmacher Institute added some context to recent trends in abortion policy by comparing the reproductive health restrictions passed over the last three years to those from the previous decade.

The findings will probably make you feel angry. (Maybe read this list of optimistic predictions about reproductive justice for 2014 to self-soothe.)

Some excerpts from the Guttmacher report:

And charts to illustrate these findings: And a video to illustrate my feelings: