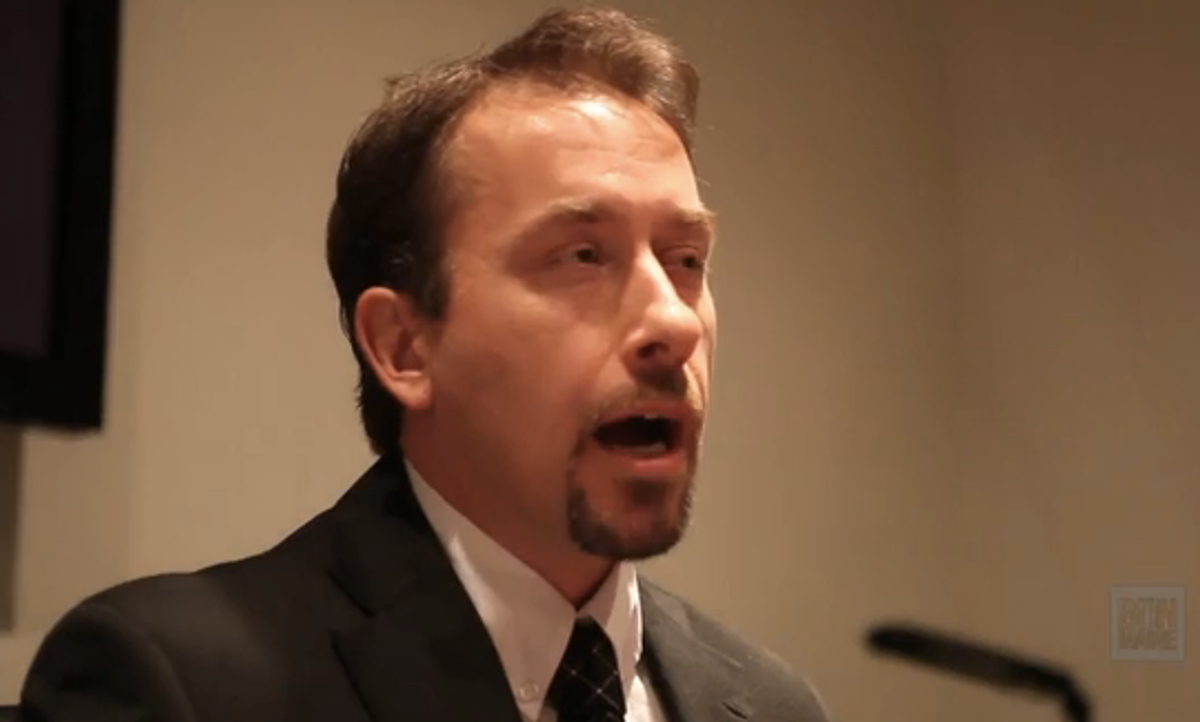 Erick Bennett, a Republican political consultant in Maine and Senate primary candidate hoping to unseat Sen. Susan Collins, believes the justice system is "stacked against" domestic abusers. He likely believes this because he is a convicted domestic abuser.

From the Bangor Daily News:

Bennett was convicted of Class D assault in a 2003 District Court ruling after attacking his wife. The two since have divorced.

He fought the conviction until 2004, when it was affirmed by the Maine Supreme Judicial Court, which ruled that “the court did not commit clear error or abuse its discretion in excluding irrelevant evidence at trial,” and that “sufficient evidence does exist in the record to support his conviction.”

Still, Bennett claims he is innocent and said the justice system is stacked against alleged attackers in domestic violence cases. When asked about his specific case, he said he was “railroaded” by the court after declining to accept a plea agreement.

“All that needs to be done is you have to repeat what you wrote down in the police report and that allows the victim to be viewed as a credible witness,” he said. “So basically, if someone writes something down, it doesn’t have to be true. All they have to do is repeat that on the stand. … That’s grounds for anyone to be convicted of domestic violence.”

According to Bennett, the time he's spent in jail for assaulting his wife shows Maine voters he has "integrity."

“The fact that I have been jailed repeatedly for not agreeing to admit to something I didn’t do should speak to the fact of how much guts and integrity I have,” he explained. “If I go to D.C., I’m going to have that same integrity in doing what I say, and saying what I do, when it comes to protecting people’s rights, as well as their pocketbooks."

In the same piece, Bennett was also quoted criticizing Collins for voting in favor of legislation that supports victims of domestic violence in obtaining convictions against their abusers, including, presumably, the Violence Against Women Act. As you probably remember, a number of Collins' Republican colleagues opposed the formerly bipartisan measure because of its expanded protections for Native American women and LGBT women.

And to show that he isn't a single issue misogynist, Bennett has also called Maine Rep. Michael Michaud a "closet homo."

When asked to describe his political ideology, Bennett remarked that he is “pretty much a cut-and-dry Republican,” which sounds about right.