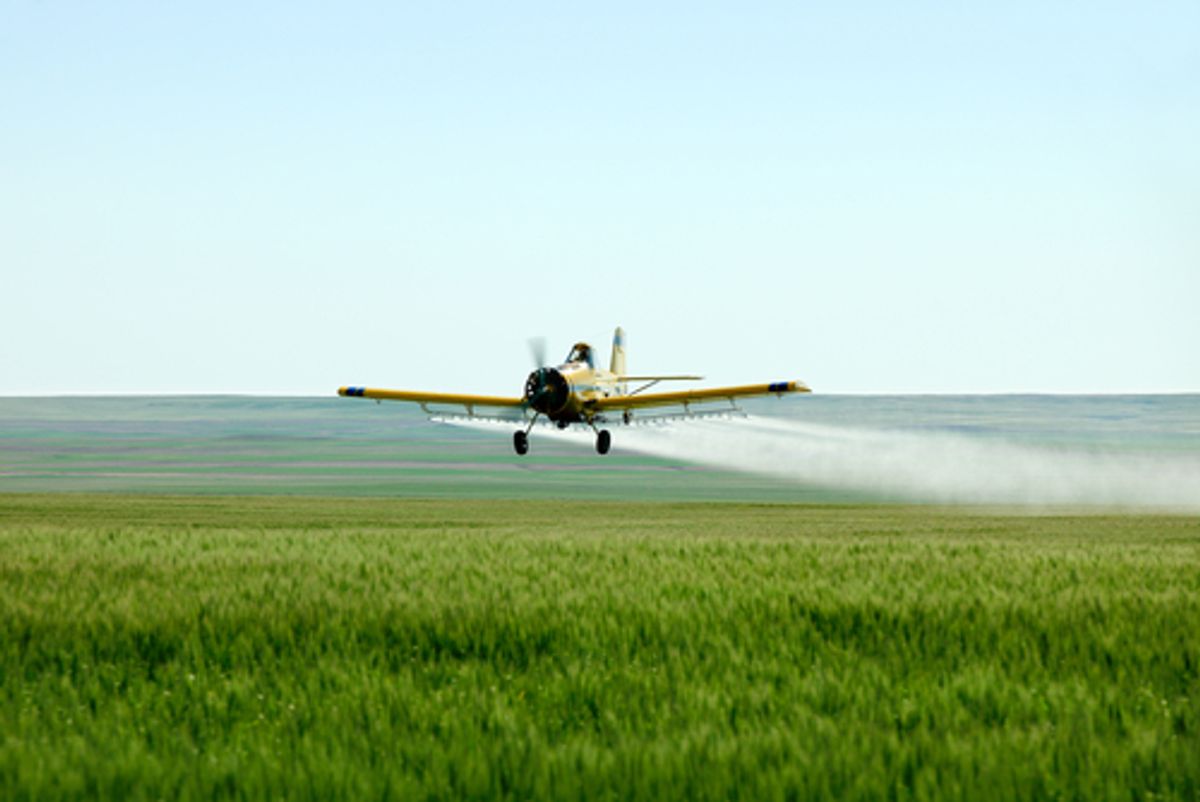 Corn and soybean seeds that have been genetically engineered to resist the weed killer 2,4-D, also known as an ingredient in the herbical warfare chemical Agent Orange, may soon be approved for commercial sale, the USDA announced Friday. The AP reports:

The USDA's Animal and Plant Health Inspection Service published a draft environmental impact statement Friday as part of the process for potential deregulation of the seeds, which can now be used only in tightly controlled field trials. Deregulation would allow commercial development of the seeds and presumably lead to greater use of the herbicide.

The USDA has oversight over the seeds, not the herbicide.

The public has 45 days to comment on its report. The Environmental Protection Agency is conducting a separate review of 2,4-D, although it previously found it safe to use.

Naturally, resistance to weed killer 2,4-D will lead to the increased use of weed killer 2,4-D. The herbicide is currently legal and in common use, and while isn't believed to have caused the health problems linked to Agent Orange -- which included cancer and birth defects -- environmental groups are none too happy about its potential resurgence.

“GE herbicide-resistant seeds are clearly the growth engine powering the pesticide industry,” Marcia Ishii-Eiteman, a senior scientist with the Pesticide Action Network, said. “These seeds are part of a technology package explicitly designed to drive up herbicide sales. By continuing to rubber-stamp its approval of Dow and Monsanto’s latest products, USDA has abandoned its responsibility to safeguard American farmers’ crops, health and livelihoods.”

The greatest risk, according to the USDA's plant inspection agency, is that increased use of 2,4-D will cause weeds to more rapidly develop resistance to the herbicide.