The comic performs improv, stand-up and sketch at the Upright Citizens Brigade Theater 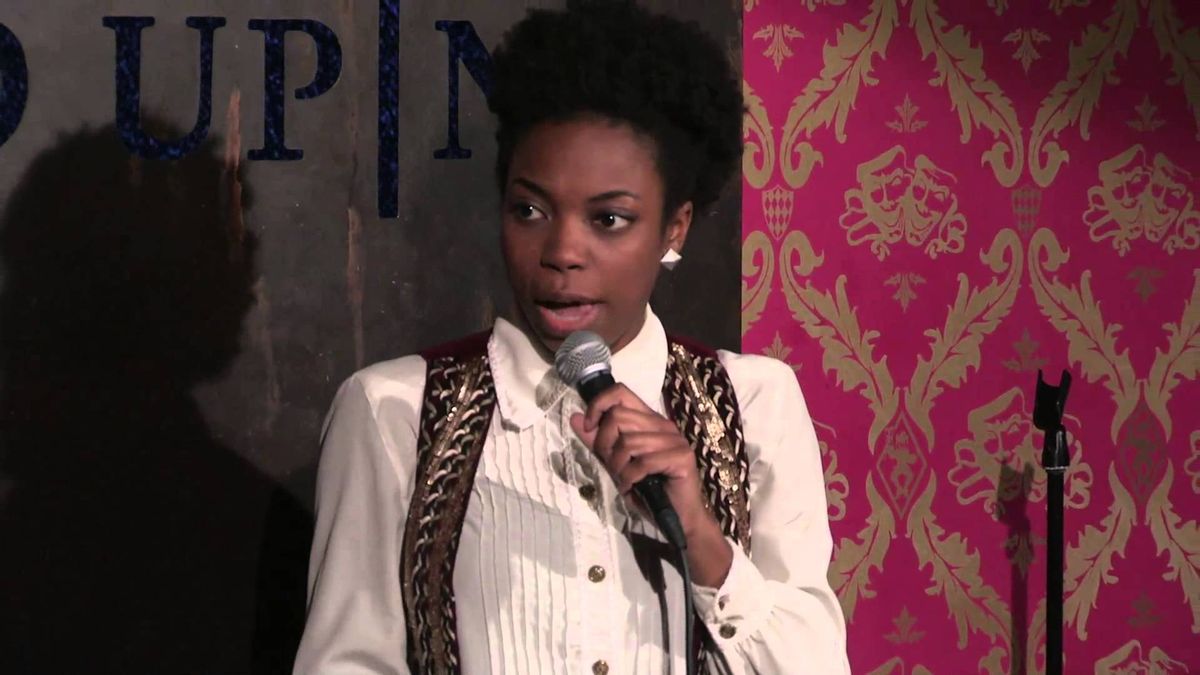 Sasheer Zamata, "SNL's" newest cast member and first black female performer in five years, has taken over the day's entertainment headlines with news of her hire. But unless you're part of the New York comedy scene, you might not be familiar with the comic, who writes sketch and stand-up and performs improv at the esteemed Upright Citizens Brigade Theater in New York. Below are some of Zamata's funniest sketches and routines that showcase her range as a writer and performer:

Zamata talks about her awkward experiences doing radio voice-overs in a stand-up routine.

In this story, written and performed by Zamata, the comic reflects on sexual harassment and how absurd it is that she's been conditioned to be so "nonchalant" about it, that she "turned down [the flasher's] dick as if he was trying to sell me a CD or something."

Along with performers from her UCB improv group Doppleganger, Zamata parodies "urban commercials" with products like WhackTax and Yogirl Yogurt.

This might be the most engaging one-sided break-up you'll ever witness.

Zamata plays it straight in this "Inside Amy Schumer" sketch that deals with a more insidious kind of racism.

Named one of the Top Web Series of 2013 by Variety, the web series stars Zamata alongside UCB performer Nicole Byer, and chronicles their efforts to essentially "find a guy who doesn’t prematurely ejaculate."