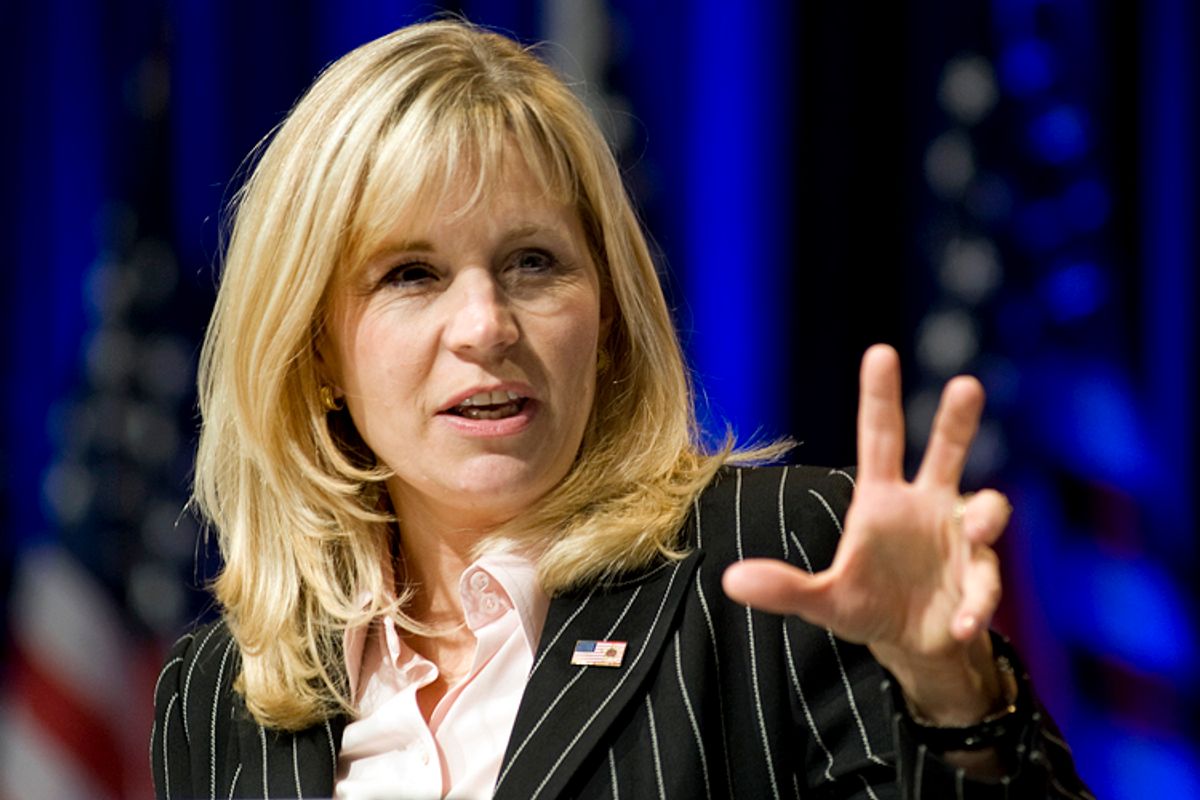 It looks like we won't have Liz Cheney to kick around anymore.

The former State Department official and daughter of former Vice President Dick Cheney announced late Sunday night that she would be ending her Wyoming primary challenge to incumbent GOP Sen. Mike Enzi, citing "serious health issues" in her family as her cause for quitting.

"As a mother and a patriot, I know that the work of defending freedom and protecting liberty must continue for each generation," Cheney said. "Though this campaign stops today, my commitment to keep fighting with you and your families for the fundamental values that have made this nation and Wyoming great will never stop."

Despite her famous name and GOP pedigree, Cheney never really got within spitting distance of Enzi. In fact, a November poll on the race found Enzi beating his challenger by a whopping 53 points. Throughout the contest, many questioned why Cheney wanted to unseat the reliably conservative and uncontroversial Enzi, who has served in the Senate since 1997. Enzi was reportedly a longtime family friend of the Cheneys, though reports indicate that the primary challenge predictably strained the relationship.

Cheney's campaign was also tripped up by a high-profile falling out between the candidate and her sister, Mary Cheney, who took exception to Liz's announcement that she did not support same-sex marriage. Responding to Liz's assertion that she was against gay marriage, Mary Cheney wrote on her Facebook that her sister was "dead wrong on the issue of marriage" and that "[f]reedom means freedom for everyone."