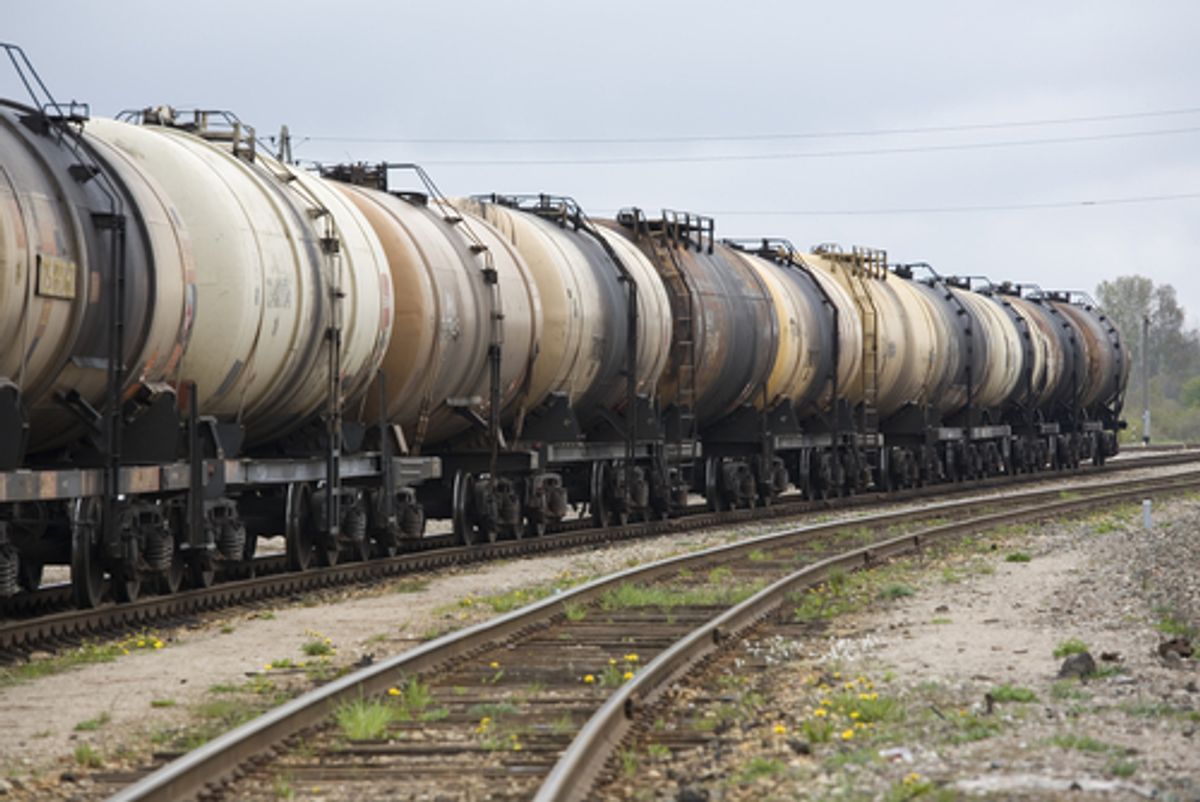 Days after a mile-long train derailed and exploded in a “giant fireball,” and following a similar incident in July that killed 47 people, the Pipeline and Hazardous Materials Safety Administration announced Thursday that oil fracked out of North Dakota's Bakken Shale -- the same oil behind both explosions -- was believed to contain more flammable, corrosive and toxic chemicals than ordinary crude oil.

It was news to most of us, but not, as DeSmogBlog found, to the company receiving the oil shipments. In a permit application submitted to the Missouri Department of Natural Resources dated over a year before the explosion, Marquis Missouri Terminal LLC acknowledged the high volume of explosive chemicals in its cargo. DeSmogBlog reports:

Rather than a normal permit, Marquis was given a "special conditions" permit because the Bakken oil it receives from BNSF contains high levels of volatile organic compounds (VOCs), the same threat PHMSA noted in its recent safety alert.

Among the most crucial of the special conditions: Marquis must flare off the VOCs before barging the oil down the Mississippi River. (Flaring is already a highly controversial practice in the Bakken Shale region, where gas is flared off at rates comparable to Nigeria.)

It's a tacit admission that the Bakken Shale oil aboard the exploded BNSF train in Casselton, ND is prone to such an eruption.