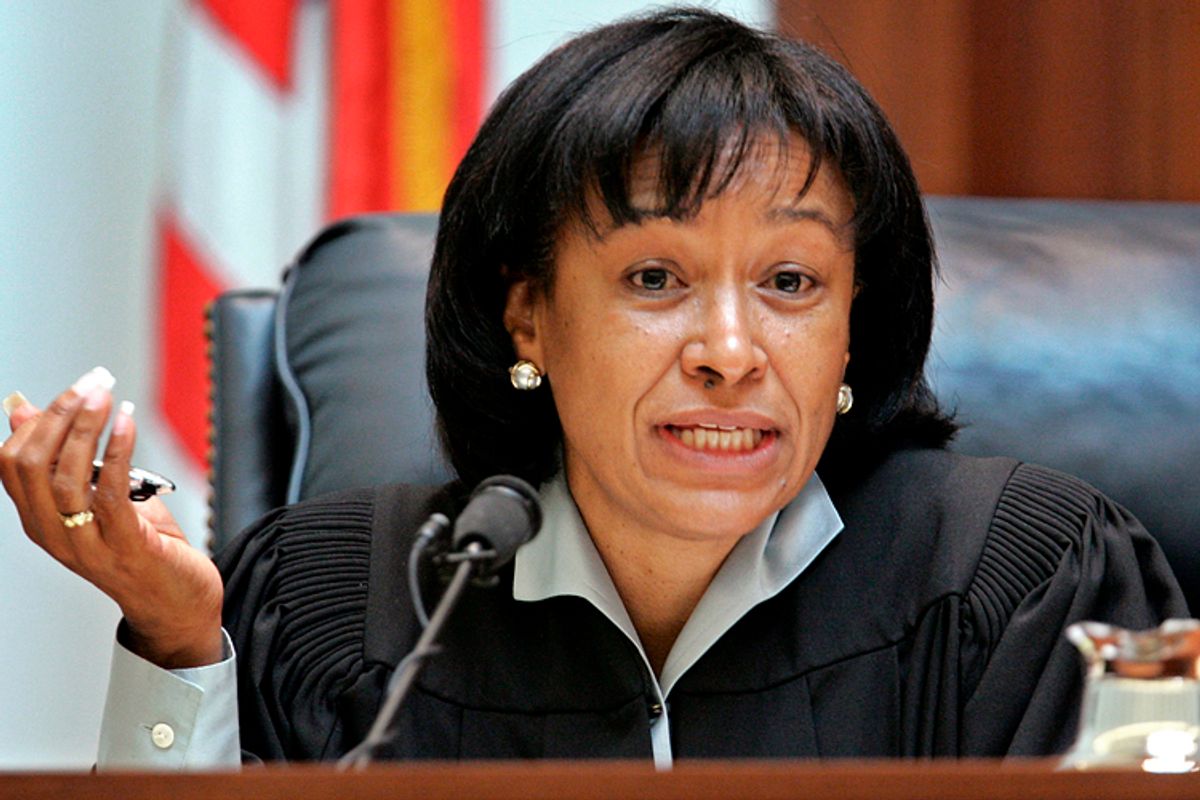 A right-wing ruling from the nation’s second-highest court – quashing a rule requiring companies to post notices about workers’ rights – will go unchallenged by the government.

“I thought the ruling was strange,” said former National Labor Relations Board Chair Wilma Liebman, who voted for the now-overturned rule shortly before her term ended in 2011. Liebman told Salon that the ruling by three conservatives on the D.C. Circuit Court of Appeals suggests “a hostility to the National Labor Relations Act, perhaps the statute itself, and the collective rights it protects.”

As the Huffington Post reported, the government allowed a Jan. 2 deadline to pass without appealing the D.C. Circuit’s ruling. Siding with the National Association of Manufacturers, Senior Judge A. Raymond Randolph ruled last May that making it an “unfair labor practice” for employers to refuse to put up an NLRB notice regarding workplace rights would have violated those companies’ “right against compelled speech.” Randolph’s fellow Judge Karen LeCraft Henderson, in a concurrence joined by controversial George W. Bush appointee Janice Rogers Brown, stated she also believed the NLRB lacked the authority “to authorize a regulation so aggressively prophylactic as the posting rule.”

Liebman countered that the now-spiked rule had been a “modest” move that “educates both the workers and the employers as to what their rights and obligations were.” She noted that companies already post legally required workplace notices regarding laws like the minimum wage, and that President George W. Bush issued an executive order requiring federal contractors to post notices informing employees of their right not to pay full union dues. “Why is that any different than this?” asked Liebman. “It’s just a different set of rights under the statute.”

“It’s not compelling employers to say, ‘We think you should join a union,’ ‘We think unions are good,’ or even ‘union are bad,’” said Liebman, who now teaches at Cornell. “It’s just saying, ‘Under the law, you have these rights.'” The proposed poster, which would have been provided to employers free of charge, included bullet points telling workers they had the right to "Form, join or assist a union"; "Strike and picket, depending on the purpose or means of the strike or the picketing"; and to "Choose not to do any of these activities, including joining or remaining a member of a union."

The NLRB did not immediately respond to Salon’s Monday inquiry. The Huffington Post’s Dave Jamieson reported that an unidentified “official familiar with the decision to let Thursday’s deadline pass” said “that there were concerns at the Justice Department that an adverse decision from the Supreme Court could create problems for other agencies.” Given the current makeup of the Supreme Court, Liebman speculated to Salon that the government perhaps “didn’t want to risk a decision that would either make things worse for other postings, or make things worse for the compelled speech doctrine.” She noted that the NLRB could try formulating a new version of the poster rule lacking the sanctions that Judge Randolph had objected to, though that would leave the regulation "not having any teeth."

The NLRB, the New Deal agency tasked with interpreting and enforcing private sector labor law, has been at the center of a series of Obama-era controversies, with Republicans obstructing its appointees and challenging its authority. While unions have long questioned the NLRB’s efficacy at deterring illegal union-busting, they have rallied with allies against right-wing attacks on the agency, and played a key role in coalition efforts that cleared the way for new NLRB and D.C. Circuit appointments.

Asked why she believed business groups had aggressively mobilized to defeat the proposed poster rule, Liebman answered, “Because they could. It was just another thing that they could latch onto to try to argue that the NLRB was overreaching by quote-unquote ‘regulating’ employers, imposing a requirement that employers do something even as minimal as putting up a piece of paper.” While the NLRB “was controversial from the start,” said Liebman, recent years have “been exceptionally rancorous.”

“This agency was really emblematic of the New Deal …” Liebman told Salon. “I think it’s viewed as not only a threat to the economics of the business, but to their autonomy.”