Newt Gingrich on climate change: "Life was fine" during the warmer age of the dinosaurs 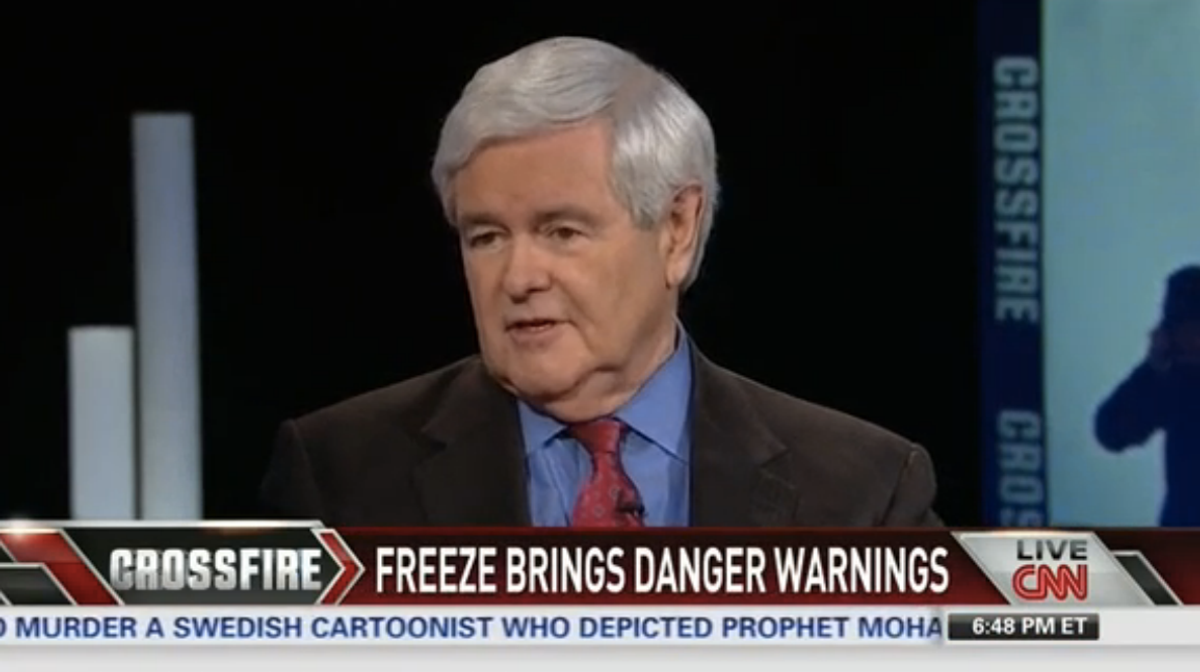 Newt Gingrich was a little off-message during CNN's climate change debate Monday night. He was supposed to be pointing to the record-breaking cold temperatures as evidence that global warming is a hoax, like his fellow climate deniers.

But in lieu of wasting time denying the rise of global temperatures, the former House speaker and self-proclaimed "amateur paleontologist" instead chose a different tack: suggesting that it's arrogant of humans to act like we can or should control Earth's thermostat.

“What’s the right temperature for the planet?” Gingrich asked. "The age of the dinosaurs was dramatically warmer than this is right now and it didn’t cook the planet. In fact, life was fine."

"Assume for a minute that we have the capacity to actually decide the planet's temperature," Gingrich said. "What kind of hubris does it take to say, I know exactly what this planet’s temperature ought to be and I’m going to manage it to that effect?"

That, of course, is opposed to the hubris of continuing to burn fossil fuels at our current rate, thus determining the planet's temperature via a stubborn lack of action to reduce emissions.