Redford, Blanchett and Belafonte dazzle a ritzy New York critics' dinner -- but who was the heckler? 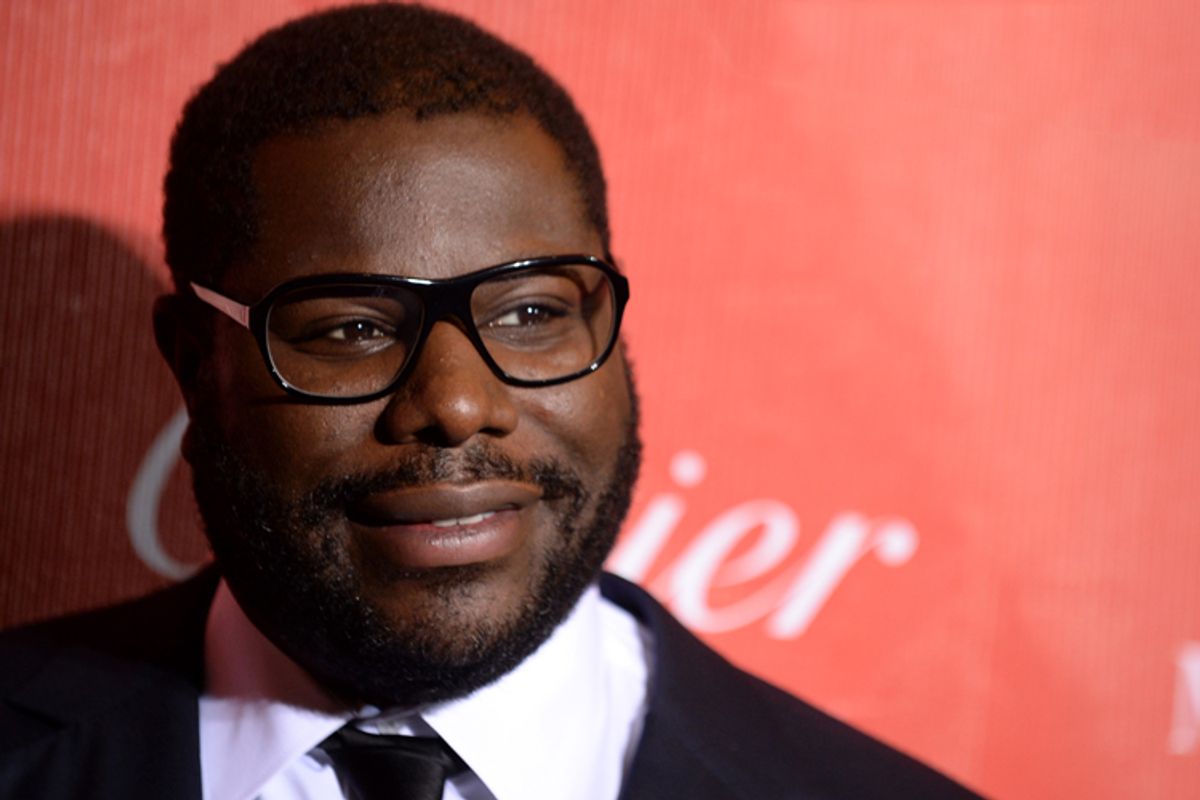 When Robert Redford took the stage to collect his best-actor award from the New York Film Critics Circle (for his solo role in J.C. Chandor’s dialogue-free oceangoing adventure “All Is Lost”) on Monday night, he observed that he didn’t mind speaking late in the evening, as it had given him a chance to watch so many colleagues who were passionate about film. As things turned out, Redford’s relaxed recollections of his early days as a stage and television actor in New York, circa 1959, were only the opening act.

Redford got the first standing ovation of the evening, but the longer and louder one preceded an extemporaneous and immensely moving speech from 87-year-old Harry Belafonte, who was giving the circle’s best-director prize to Steve McQueen of “12 Years a Slave.” On his birth certificate in 1927, Belafonte said, he had been described as “colored.” “Not long after that I became a Negro. Then I became black. Now I’m an African-American. I have spent the better part of a century seeking who I am.” He reflected on the distance the film industry has come from D.W. Griffith’s “Birth of a Nation,” a historical epic of “great passion and power” whose abusive and racist depiction of black people “carried great cruelty.” He was grateful to have lived to see McQueen’s breakthrough portrayal of the slavery era, which he suggested was something of a historical antidote to Griffith’s poisonous masterpiece, sounding the depths of “who we are as a people, who we are as a country.”

It was one of those moments when these annual rituals of the entertainment industry exceed themselves, and stop feeling trivial. And then the heckling started.

As has been reported elsewhere, someone near the rear of the Edison Ballroom started catcalling McQueen as soon as he took the stage and embraced Belafonte, addressing the British director as a “doorman” and “garbage man” and inviting him to kiss the heckler’s ass. Maybe it was longtime NYFCC contrarian-in-chief Armond White and maybe it wasn’t; I couldn’t hear the jibes clearly. Dana Stevens of Slate, who was seated at White’s table, has confirmed both personally and on Twitter that those remarks emanated from members of White’s group, who appeared inebriated from early in the evening. But Stevens was too mortified, understandably, to pay close attention to exactly who was saying what.

I have deliberately chosen to put McQueen and Belafonte (and Redford) first, because they’re more important and more interesting than what some abusive idiot said. But there’s a pattern at work here that, to put it mildly, has begun to give the NYFCC’s star-studded annual dinner a bad reputation. Last year, White’s party (but not White himself) loudly heckled Michael Moore, along with the directors of the award-winning documentaries “The Central Park Five” and “How to Survive a Plague.” Two years ago, according to Variety reporter Ramin Setoodeh, White and his friends hurled insults at Robert De Niro and Viola Davis. (I didn’t observe that at the time.)

What in the name of the living Christ is going on here, you may ask? How does a prominent critic, one of the relatively few high-profile African-American voices in film criticism (the NYFCC has only one other black member, syndicated critic Dwight Brown), turn into a voice or an enabler of boorish and ugly behavior, not to mention offensive bigotry? I don’t really have an answer for that question. Over many years as a critic at the New York Press — and now at CityArts, a community-newspaper insert and website — White has come to embrace a self-image as an embattled conservative truth-teller amid the lefty wilderness of the New York intelligentsia. Fair enough; no one disputes his privilege to think, write and tweet exactly as he pleases. White’s lonely and often peculiar film judgments have won him a certain notoriety; for some years, young critic and humorist John Lichman maintained a fake but frequently convincing Armond White Twitter account, which seduced many with its vituperative #TRUTHBOMBS directed at White’s enemies (along with frequent demands for baked goods from publicists).

White does not like “12 Years a Slave,” which he has compared to “torture porn” movies like “Hostel” and “The Human Centipede,” and does not think much in general of most recent black-oriented and black-made cinema. He has lumped “Precious,” “The Help,” “Lee Daniels’ The Butler,” “Fruitvale Station” and “Blue Caprice,” a list of movies with almost nothing in common except blackness, together as “race-hustling” or self-indulgent narratives of victimization. That’s a cranky and arguably nutty position, but at his best White can be a compelling stylist, and ideological diversity is in short supply in the overwhelmingly left-liberal sphere of cultural criticism.

Does White’s status as an African-American right-winger confer on him the right to hurl racist insults at the first black filmmaker to receive the NYFCC’s best-director award in the organization’s 78-year history? (Or at least to countenance such insults, since we can’t be sure he said those things personally?) I don’t think the question even requires answering. Still, White staged a personal victory of sorts, by hijacking an evening that should have been about Belafonte and McQueen — and also about Redford and Cate Blanchett and Jared Leto and David O. Russell — and making it largely about him instead. At the moment, the NYFCC’s bylaws contain no provisions for addressing the public conduct of members, or ensuring some basic level of decorum at the annual dinner. I don’t believe I’m revealing any secrets in suggesting that is soon likely to change.

By the time Russell took the stage to collect the best-picture award for his irresistible 1970s comedy-drama “American Hustle,” he had the good sense to know that he’d been upstaged. He thanked us, blew kisses, and told us all to drink up and go home. Earlier, Russell had taken a few moments after also winning the screenplay prize (with co-writer Eric Singer). “It’s a big deal for me to be in this room,” he said. “I don’t like pretense and I don’t know that I play to any critic’s wheelhouse. My films are about the characters, about my actors. I aspire to do good work for my actors and make the kind of films I love, where the goal is to walk out afterwards feeling exhilarated.”

Jennifer Lawrence did not show up in person to collect her supporting actress award for “Hustle” (much to the room’s disappointment), but co-star Bradley Cooper was there to share anecdotes of what he dubbed “the Jennifer Lawrence experience” and read a letter from the “Hunger Games” star, who quipped that we had apparently missed her appearance in the poorly reviewed teen flick “House at the End of the Street.” Jared Leto, wearing his long hair Jesus-style over a high-fashion frock coat, won the supporting actor prize for his role as transgender AIDS patient Rayon in “Dallas Buyers Club,” and nearly brought down the house by thanking his mom, who was along as his date.

Cate Blanchett was so resplendent in a glamorous black-and-white flecked gown that it was difficult to focus on anything she said. She was gracious and charming while collecting the best-actress award for her latter-day Blanche DuBois character in Woody Allen’s “Blue Jasmine,” and it’s safe to say we’ll be seeing a whole lot more of her as awards season progresses. Although she was probably the biggest star in attendance, Blanchett worked the room late into the evening, sipping white wine and gamely chatting with any and all comers, including “Fruitvale Station” director Ryan Coogler (who won the best-first-film prize) and Oscar-winning actress Octavia Spencer. By that time Armond White had vanished into the frigid Manhattan night, taking some but not all of the evening’s bad feelings with him.