Amy Poehler on black women and "SNL": "Ugh, I don't want to talk about this. Pass" 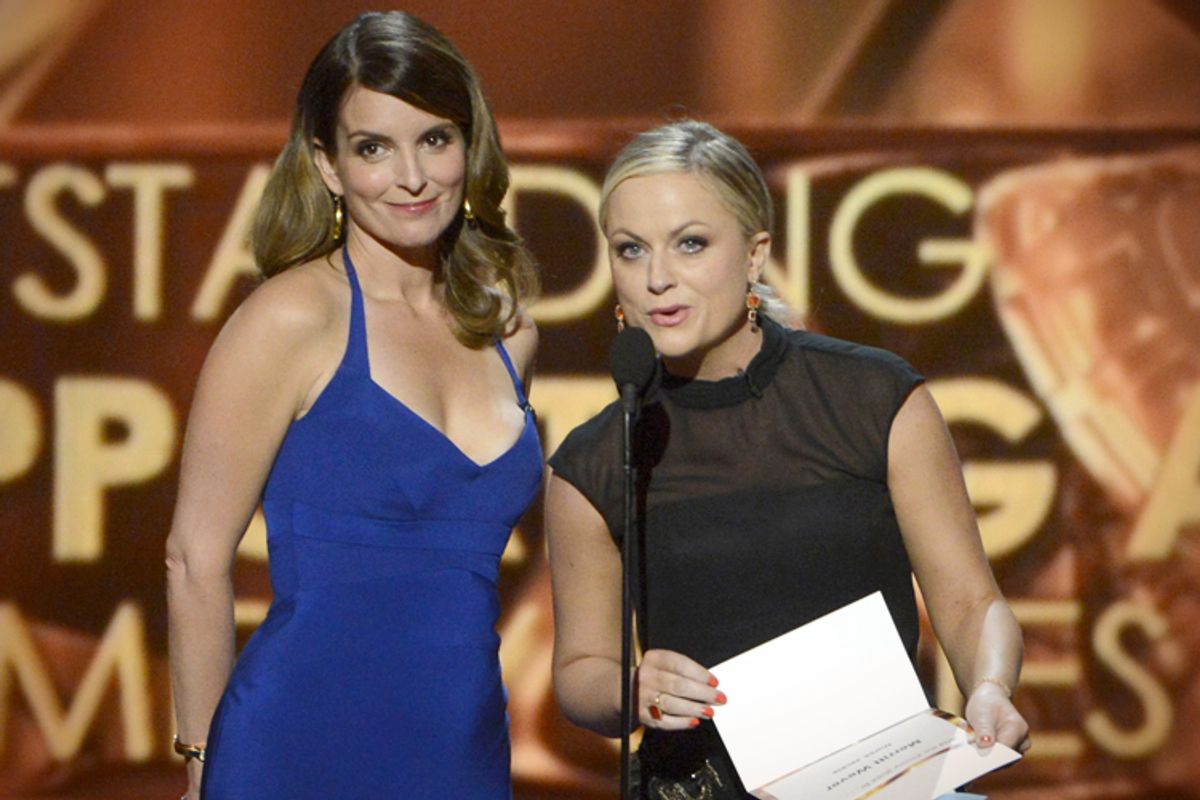 Amy Poehler and Tina Fey did an interview with the Hollywood Reporter pegged to their hosting Sunday night's Golden Globe Awards. The interview was wide-ranging and well worth reading, about this year's movies, past awards shows, and the pair's history as former "Saturday Night Live" players. But it's what Poehler didn't say that's the most interesting.

While Fey answered every question, including ones about controversial topics, with carefully chosen and diplomatic words, Poehler made clear she wasn't interested in going too far out on a limb -- and seemingly growing more frustrated as the interview progressed.

This came through in the pair's responses to a question about the controversy over the lack of a new black female "S.N.L." cast member -- before Sasheer Zamata's casting, not one had been hired since the departure of Fey and Poehler's colleague Maya Rudolph in 2007. [UPDATE: The Hollywood Reporter, after this piece was broadly commented upon, clarified that this interview took place in December, before Zamata's casting announcement.] Fey praised Kerry Washington's hosting gig in November: "You saw how great it was for Jay Pharoah to have someone playing Michelle Obama opposite [his President Obama]. So I feel like they registered that really quickly and they've acted on it really quickly."

Poehler was less game: "Ugh, I don't want to talk about this. Pass."

Prior to this, Poehler had butted heads with the interviewer several times. (Neither Fey nor Poehler, predictably, given what they cited as the difficulty of hosting an awards show, would comment on Seth MacFarlane's controversial "We Saw Your Boobs" number at last year's Oscars.) Asked if, after NBC's live "Sound of Music" broadcast, the pair had been pressured to sing and dance, Poehler replied:

OK, I see what you're doing, you're going to set up jokes. I'm not falling for that. I didn't say any of that. I've worked at NBC for 12 years so I'm happy they had a successful night of TV.

When asked if she would wear Amy Adams' "American Hustle" costume onstage, Fey replied, "I would wear that for free. You would not have to pay me to wear that." Poehler was less interested: "Oh eww, I don't want to even answer this question. Pass. Next."