“Time for some traffic problems in Fort Lee," his aides declared in newly released emails 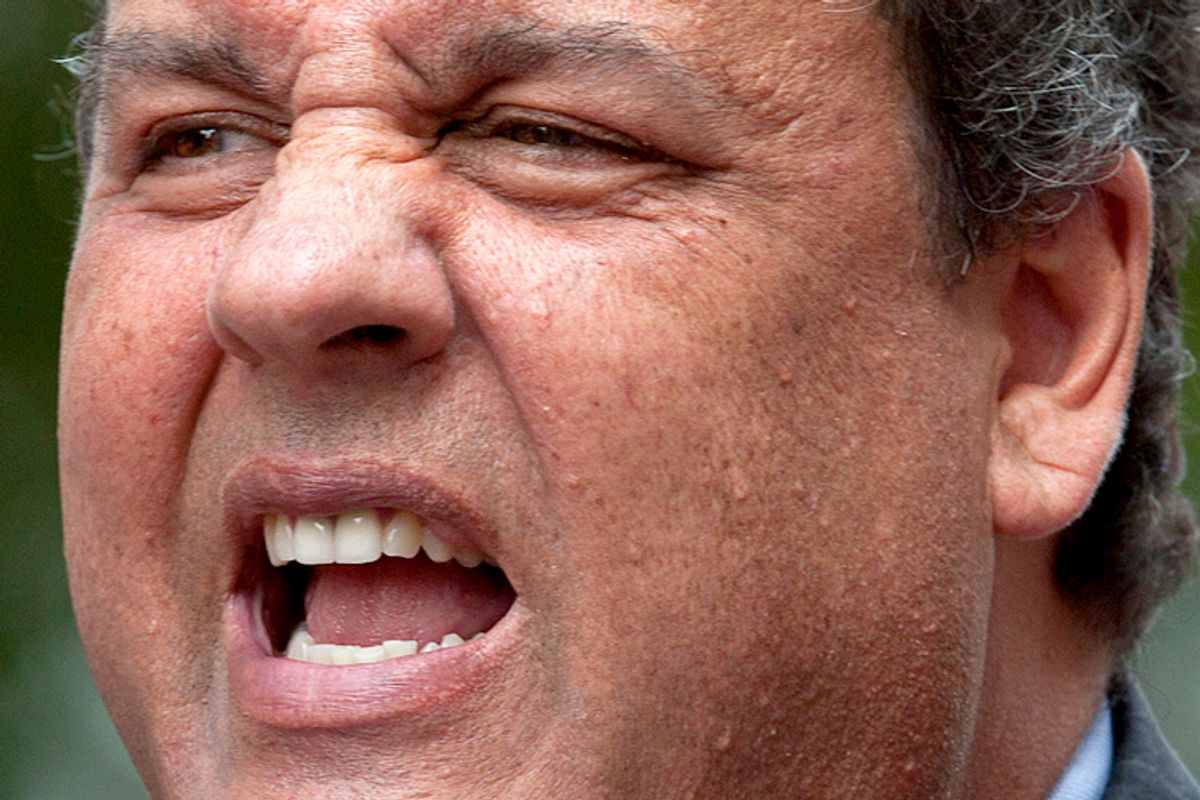 The ongoing investigation into the September lane closures of the George Washington Bridge took a major new turn on Wednesday with a report from the Bergen Record showing high-ranking aides to New Jersey Gov. Chris Christie coordinating the closures as political payback against Fort Lee's Democratic mayor.

The Bergen Record came into possession of a trove of email correspondences between Christie aides and officials at the Port Authority. The emails seem to validate those who claimed that the lane closures were not the result of a traffic study, as Christie's administration originally claimed, but were rather coordinated as a way of punishing Fort Lee's Democratic mayor for refusing to endorse Christie's reelection.

About three weeks before the lane closure, Bridget Anne Kelly, one of three deputies on Christie's senior staff, wrote an email to David Wildstein — a Christie childhood friend who's also a former executive at the Port Authority — saying it was "time for some traffic problems in Fort Lee." Wildstein's response: "Got it."

In another correspondence, this time between Wildstein and an unknown interlocutor (the documents are partially redacted), Wildstein dismisses his correspondent's concerns over how the lane closure and the ensuing traffic jams affected New Jersey residents. "I feel bad about the kids," the unknown person texts Wildstein. Wildstein responds, texting, “They are the children of Buono voters." Barbara Buono was Christie's Democratic opponent in 2013's gubernatorial election.

More from the Bergen Record:

[A]s it became clearer that the lane closures were a surprise to local officials and police, the media began asking more questions. Wildstein sent a message to Former Deputy Executive Director Bill Baroni on the afternoon of Sept. 17 telling him a Wall Street Journal reporter had called him on his cell phone.

Christie’s campaign manager exchanged messages with Wildstein the next day, and he blamed the Fort Lee mayor.

“The mayor is an idiot,” Bill Stepien, Christie’s campaign manager, wrote to Wildstein on Sept. 18, in reaction to the Wall Street Journal story about local officials’ complaints.

“When (sic) some, lose some,” Stepien wrote.

Wildstein responded to Stepien: “It will be a tough November for this little Serbian,” an apparent reference to the Fort Lee mayor, who Baroni also referred to as “Serbia” in text messages.