Meeting his family, disowned by my own

How could I cozy up to my boyfriend's mother, when mine had caused me so much pain? 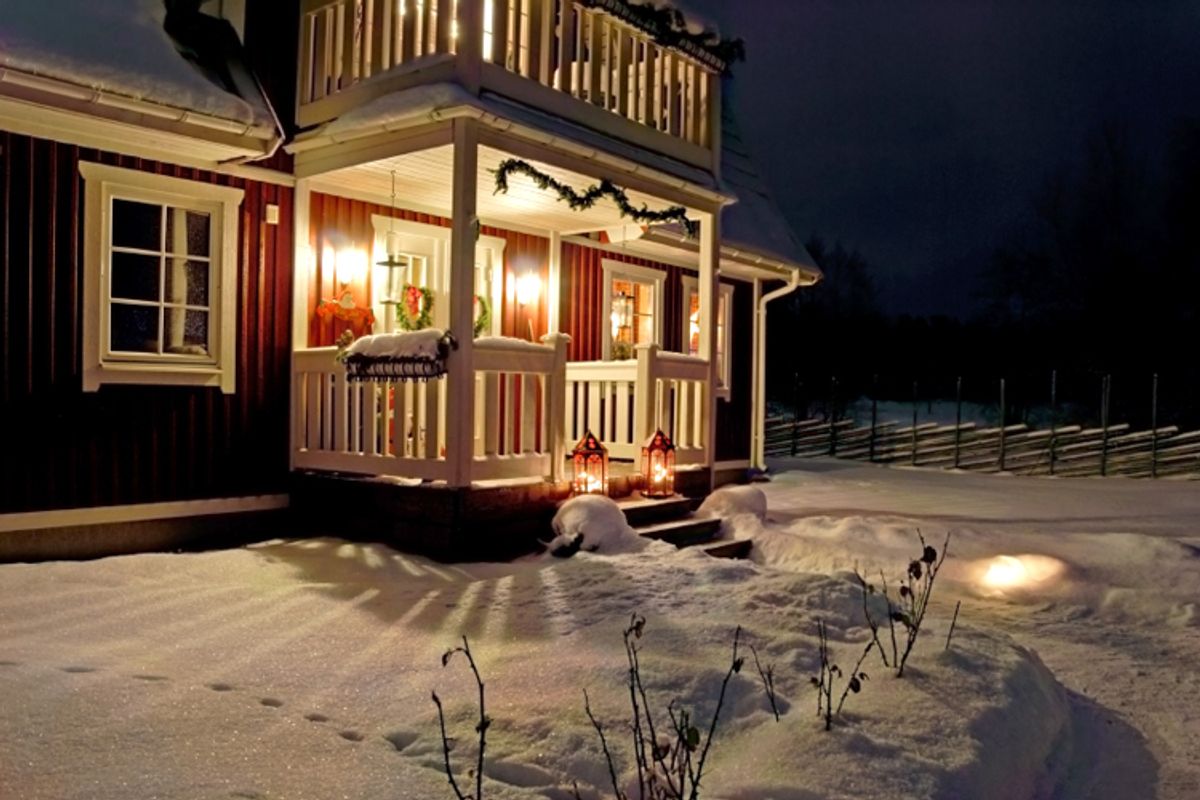 Nine months ago I met a man. He was interested in me. So I assumed and assumed quickly: He must be a bartender or guitar teacher or after-school program coordinator. Some mild family or identity issues -- but totally meaningful introspection around them. (Parents divorced? Dad a jerk? Brief womanizing phase?) We would go on two dates. He would lose interest. Depending on how he left my self-esteem, I would then either hold my breath in my kitchen with a knife to my arm or gulp down a tub of vegan ice cream to "Ally McBeal."

But as it turned out, he did not fit my profile. He was in finance. He cared about business. He knew stuff about business. He had a savings account. He was debt-free. He loved his parents. He was debt-free. He called his parents regularly. He was with his last girlfriend for five years. She was white, like him. Leggy blonde. Also in business. She would be gracious and undramatic about meeting me. I would privately fixate on what she looked like: like someone who has never kissed a 50-year-old woman for looking handsome in black. Someone you could Google without finding morose poetry on body fat. Like someone my mother would pick for this man.

I do not write about his privilege to open him up for judgment. I write about it because it makes my mind its roller rink. I lay my head on his chest at night, so rattled by the heartbeat and thick certainty of muscle that sometimes all I can think is: Is this OK? Is it OK to want this? Is it OK to have this?

They weren’t sold on me.

Well. The father seemed cheerfully indifferent. The mother had opinions. The first time they met me, she seemed a little frightened. It is not an easy thing to go six years without your own mother -- six years to untangle yourself, warp yourself to your own choosing -- and then face the shock of someone else’s. I was a tattooed, shaved-head punk kid with too many deflective answers and lines on my forehead sawed in by worry. I saw her see me, and -- not for the first time since I met this man -- I felt deficient.

The second time I met the parents, he brought me home. I was practically a politician. I asked his parents every question. I listened closely to every answer. I commented sympathetically or approvingly or, at the very least, appropriately. When we drove out of there four days later, I had a pompous little smile on my face. I predicted a spike in approval ratings.

Whatever. I had liked her. When he invited me back home for Christmas, I said yes. I was in love. His friends were fun. His parents were gentle and generous. He had good, functional people in his life. It sounded happy.

We had our first fight on the drive over. We were hurtling toward Spokane at 65 mph, 30 minutes from his parents’ house, when our conversation took this turn:

“I’ve been feeling the impulse to pull away from you for the last month. I haven’t figured it out. I think .. .the more affectionate you get, the more I pull away.”

WHAT HE WOULD LATER SAY HE MEANT

“I am depressed and putting it on you.”

NEVERTHELESS, WHAT I HEARD

“I have won you over, and the victory is lacking. Your unattainability and allure are behind us now. You were right to mistrust me. I am like all the men who screw your mother. Like her, you will continue to love me even as I leave you, coughing blood, shards of grenade shredding your insides.

Also, I am telling you all this while driving you to my wart-size hometown where you know no one and cannot escape for seven days.”

I was not at my best this holiday season. I tried, but even when I knew I wasn’t succeeding, I didn’t try harder. I was sick of mothers and men, ghosts and cold cheer. Finally, on day five, I came back from a walk to him, lying on his futon bed in his unlit room, staring out the window. He asked me if I was OK. He meant the question. It made me love him, and it made me lie. “I’m great, baby,” I said. I kissed him on the cheek. He looked at me.

“You’re scaring me,” he said. “I feel like you’re going to jump ship.”

I rarely have me a shame-cry. Usually it’s self-righteous angst that twists the spigot. But when he said that, I knew he was right. I was scaring him. Some part of me had known and hadn’t cared. I had wanted him to think I could jump ship. I knew, in the thin reeds of my bones, that one day he would leave me, and I would just be a girl with bad jobs and no dental care who would age very, very poorly. I come from trash, I would turn to trash, and my youth would not be there to save me. So I imagine leaving while he still wants me. I imagine and reimagine this, and it comforts me.

I said, “I feel like your girlfriend is crazy.”

He said, ”I feel like my girlfriend is having a hard time. You’re so tense and my family’s so tense and I know it’s hard.” We faced each other. “Will you do one thing for me?”

I nodded, a fistful of Kleenex stopping up my nose. I nodded and nodded. Anything.

“Will you try again with my mom?”

“You’re keeping everyone at arm’s length ... Your shit is your shit to tell, but I feel like if you let them in, my family ... might surprise you.” Oh god. “I know you’re trying so hard. You’re trying. She’s trying. But will you try just one more time, for me?”

I nodded and cried harder.

To say I have issues around families is an understatement. Mine asked me to lie so often - -and conned each other, their spouses, their managers and clients -- that I have a withered ability with the truth. It is not so much a sport I never mastered as it is an organ I never grew. This is painful to admit, because I get people to care about me, invite me to their homes, take me in for the holidays, by selling doe-eyed, soft-voiced sincerity. When people tell me I am charming, I want to chew my own face off. When people tell me I am charming, I think, So’s my mama. Right before she tells you your kids are another man’s.

When I tell my family’s story, I tell it sparingly. Enough to convince a parent they are good to have me over. Just your daughter’s friend. Just a kid down on her luck. Just a little brown orphan, nice manners, honeyed tongue.

I wasn’t playing that game in Spokane. I told them my grandma was in the Philippines, mama in California. End of story. I didn’t want my boyfriend’s family knowing any of it. I felt like an apple you might consider safe if you never learned about the tree.

And for obvious reasons, like the laws of reality, the Hallmark moment never happened. I kept trying. His family told me stories of porcelain elves, neighborhood kids, junior high talent shows. They teased each other about their driving and Scrabble strategies. I laughed at their jokes, was often called out for laughing too readily. I was marginally more cheerful but not remotely self-revealing. It was too ingrained, the vigilance: This was a family. I could not relax.

On our last day I apologized to his mother. I said I knew I had been distant. I was hoping, not rude. She said, generously, “The holidays are hard. I miss my mom and dad too.” I let her go back to her emails. She was wrong, I had thought.

She doesn’t even know I have a boyfriend. She has one. My brother tells me he is often drunk.

When you come from a woman like that, it is hard to imagine yourself as "better." You think, Under all this bullshit, I'm just her. You want to hide from the pure people. You want to sit at their tables and pack away their stories and hope to God they don't see how dirty and lonely and rabid you are.

My boyfriend and I were in his childhood room in bed. I was resting my head on his heartbeat when he said, “It must be hard. To spend every holiday with a different family.” This was the man who had joked once he would kidnap me "Fargo"-style. When I had retorted there was no one to pay the ransom, he had kissed me and promised, if I ever needed one, he would.

I lifted my head to look at him. I nodded. I pressed my ear back against his chest, and I listened.

Anis Gisele is a writer, girlfriend, and recovering daughter. She gets better at the writing part every day.