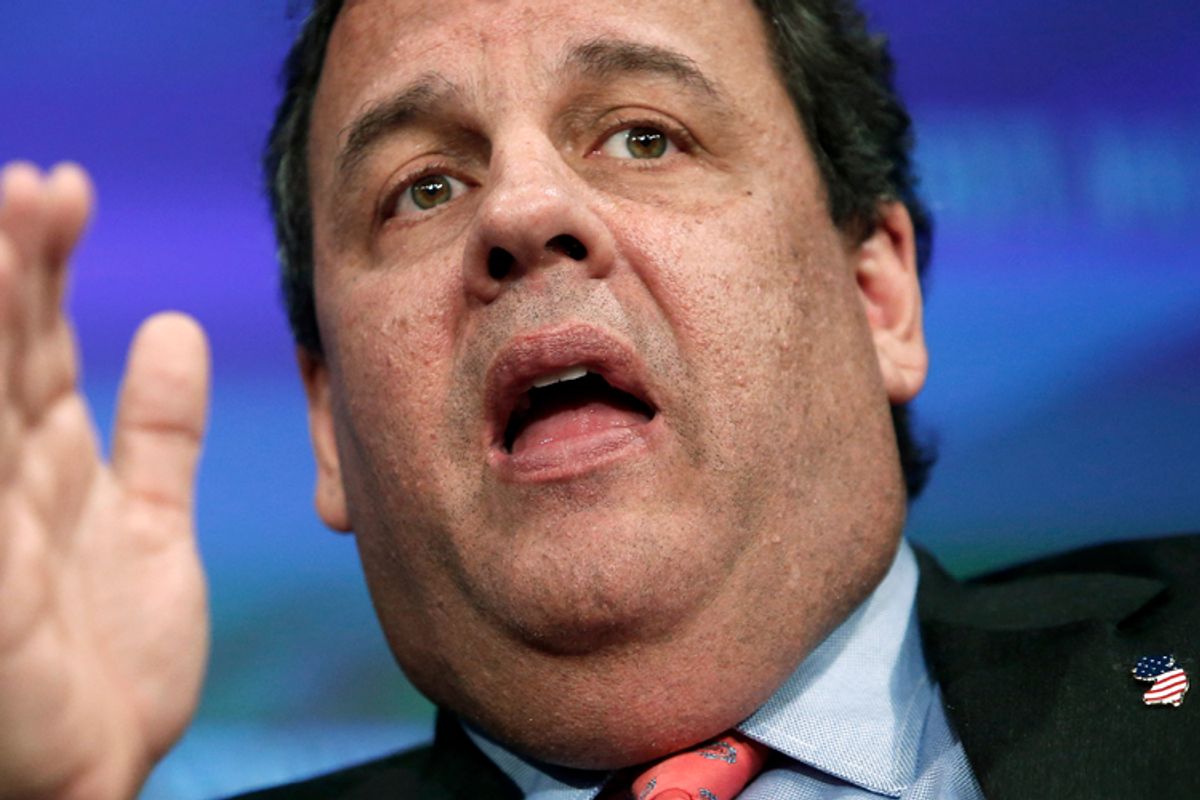 New Jersey Gov. Chris Christie held a press conference on Thursday, his first public appearance since it was revealed that high-ranking members of his staff engineered a days-long traffic disaster in the town of Fort Lee. The press conference was very, very long. If you missed it, you can experience it all the same by reading a liveblog from Salon's Alex Pareene here.

While it's too early to know exactly what the mainstream conventional wisdom will be when it comes to evaluating the "presser" (the Washington Post's Chris Cillizza thought it went well, for whatever that's worth), anyone who was on Twitter while Christie was answering questions had the opportunity to see right-wing conventional wisdom form in real time. And that conventional wisdom, simply put, is the following: Yeah, Chris Christie may have messed up, but he's still better than the mainstream media, Democrats, Obama ... and did you hear about Benghazi?

How many people has Obama fired again? #IRS #Benghazi #NSA

Christie has already fired people over BridgeGate. Obama promoted those who "got even" on his behalf in IRS.

If only Christie had actually driven a woman off the bridge, he'd be a hero to Democrats.

Obama’s first IRS statement lasted three and a half minutes.

If this were Obama, he'd be on the golf course by now and the media would be telling us how this is a phony scandal.

If only there were something else to talk about, like a respected DC insider harming Obama, Biden, and Hillary with damning revelations.

Media is hammering Christie, as they should, but they should also hammer Democrats in the same way.

The contrast between Barack Obama and Chris Christie in terms of owning a mess and fixing it is now pretty stark.

The media only like long oration when it's defending substandard abortion clinics in Texas.

Has Christie blamed this on Democrats the way Obama would have blamed it on Republicans by now?

So Chris Christie has fired his aide. And just like that, more people have been fired over this than Benghazi.

Treating this as the potential national end of Christie is a symptom of how we hold GOP candidates to a higher standard than Democrats.

This wouldn't make a Top 10 list of Clinton scandals, maybe not even a Top 25. But nobody thinks Hillary's dead.