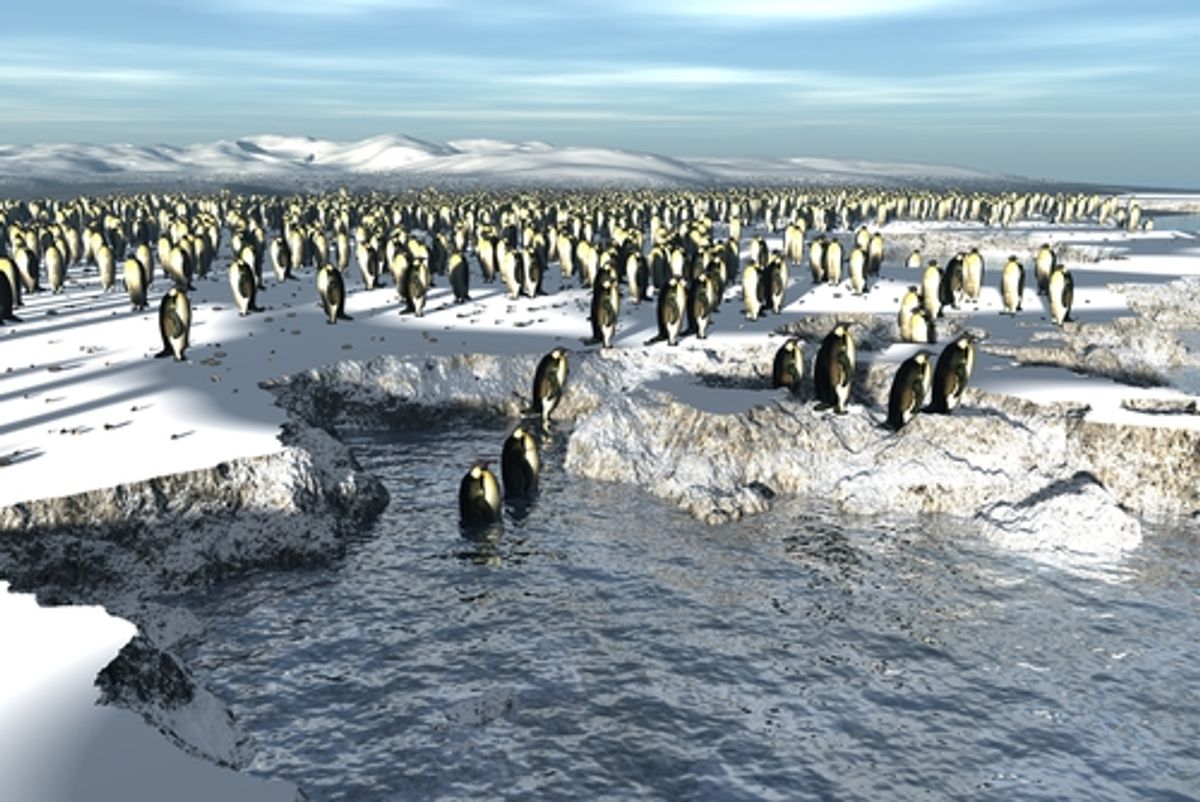 Penguins can't fly, but they are capable of climbing the high, slippery sides of floating ice sheets, researchers found. In a study published in PLoS ONE, scientists with the British Antarctic Survey report that four different colonies of Antarctic penguins have been forced by warming temperatures from their traditional breeding grounds -- and are revealing new climbing skills in the process.

Lead scientist Dr Peter Fretwell, from the BAS, said: "These charismatic birds tend to breed on the sea ice because it gives them relatively easy access to waters where they hunt for food.

"Satellite observations captured of one colony in 2008, 2009 and 2010 show that the concentration of annual sea ice was dense enough to sustain a colony. But this was not the case in 2011 and 2012, when the sea ice did not form until a month after the breeding season began. During those years the birds moved up on to the neighbouring floating ice shelf to raise their young.

"What's particularly surprising is that climbing up the sides of a floating ice shelf - which at this site can be up to 30 metres [100 feet] high - is a very difficult manoeuvre for emperor penguins. Whilst they are very agile swimmers they have often been thought of as clumsy out of the water."

The good news, the researchers say, is that the penguins' unexpected movements reveal that they're capable of adapting, on a year-to-year basis, to the effects of climate change. It could mean that they're more resilient than was previously believed -- a trait that's sure to serve them well in the future.