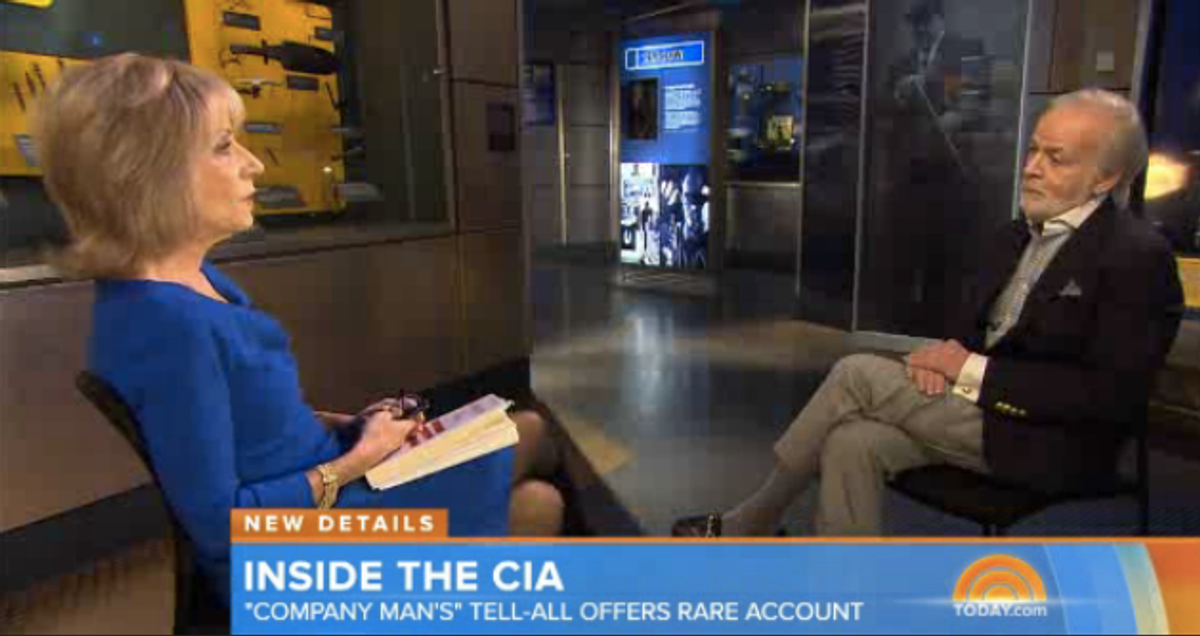 Former CIA lawyer John Rizzo was introduced by NBC's Andrea Mitchell as " an interesting guy" and "softly spoken" on Friday's Today Show. Walking convivially through the halls of D.C.'s spy museum, Mitchell fed softball questions to Rizzo -- one of the attorneys who approved the use of torture by the U.S., and continues to defend his role in enabling it.

With the James Bond soundtrack playing in the background (for god's sake), Mitchell describes Rizzo's career in the CIA as spanning decades "occasionally marked by scandal." Littered with foul human rights abuses might have been more appropriate for the torture-endorsing Rizzo.

Mitchell refuses to call waterboarding "torture" throughout the interview, opting instead for the Bush-era line of "interrogation techniques." She allows Rizzo's comment that "it wasn't torture, if it was torture, we wouldn't have done it" to land unquestioned and uncontested. "My conscience is clear," the CIA veteran tells Mitchell, who goes on to promote Rizzo's book.

The unacceptable act of administration-faithful journalism echoes Mitchell's earlier reports on U.S. torture. In 2009, she reported on reports of CIA torture and extraordinary rendition practices by noting "there is evidence that these enhanced interrogation methods may have saved American lives." There is, of course, near-consensus on evidence to the contrary.