Can shop class save small-town America? 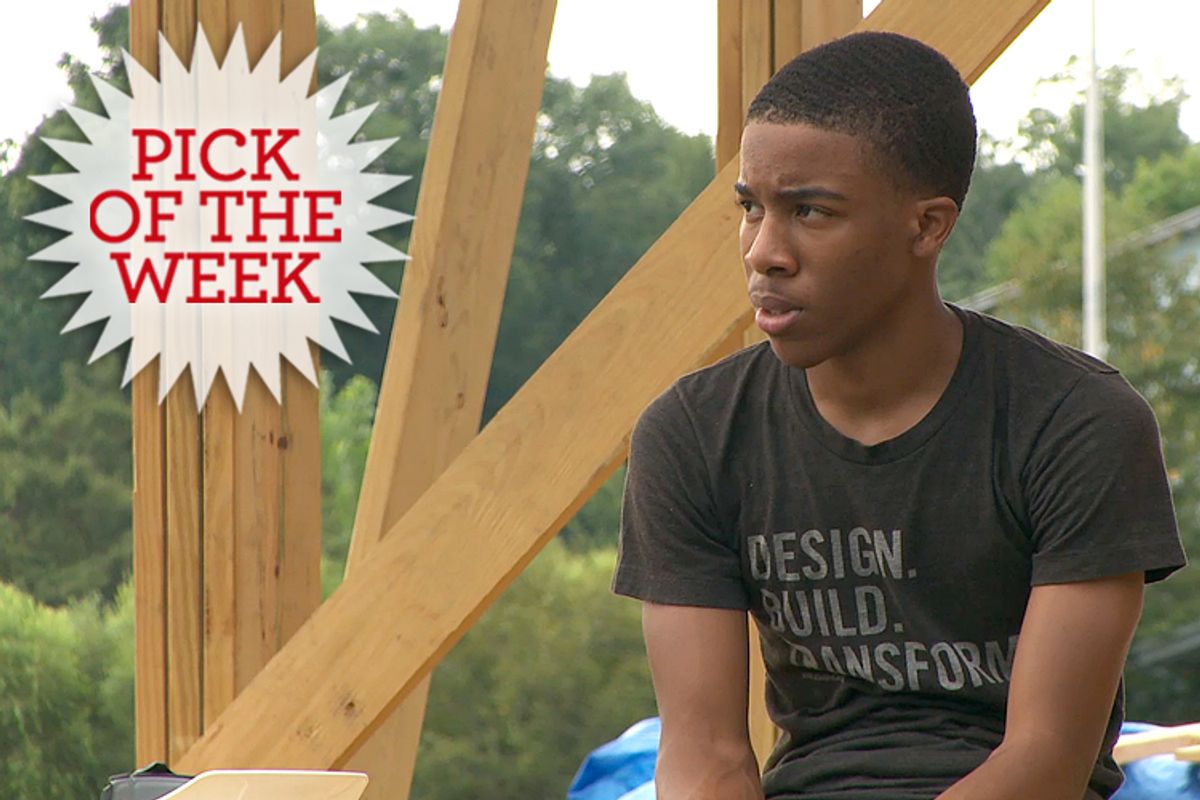 If you need a midwinter pick-me-up, and a break from the usual round of bad-news ideological bickering over American public education, both arrive at once in Patrick Creadon’s provocative, inspiring and mostly optimistic documentary “If You Build It.” (Which, fittingly enough, was largely funded by Kickstarter.) There have been plenty of other movies about attempts by idealistic outsiders to reform or reinvent aspects of public schooling, and Creadon’s movie follows a familiar pattern to that extent. In 2010, Emily Pilloton and Matt Miller, a pair of former corporate design professionals who quit their jobs and started an educational program called Studio H, arrived in rural Bertie County, N.C., with big plans that confounded some locals and excited others. This movie is in part the story of their struggles, setbacks, successes and failures.

But as part of the DIY generation that has produced “Shop Class as Soulcraft” and brought back all sorts of craft work from knitting to welding, Pilloton and Miller were anxious not to descend on Bertie County with some kind of engineered, top-down solution. As we see in the film, Miller had had a bitter experience with that as a design student in Detroit, where he built a house in 2007 and gave it away to a needy family, a project that went heartbreakingly wrong. Their approach in this impoverished chicken-farming corner of northeastern North Carolina was meant to be virtually the opposite: Studio H would teach high school students the principles of design and the craft of construction, in a year-long program. But what the kids of Bertie County would design and build, where they would build it — and most important of all, why — that part was up to them.

You can feel the specter of Miller’s Detroit disaster haunt this upbeat and largely unflappable couple, and considerable cold water gets dumped on their dream almost immediately. The local school board fires the adventurous superintendent who hired them, and the couple see their salaries — $40,000 apiece, in a county education budget of about $30 million — cut to zero. They agree to keep Studio H running on $150,000 in grant money, at no cost to the school district, but suddenly the whole project feels intensely fragile. If the community turns against them, then this unusual combination of high-level design training, multi-skill and multi-level shop class and community service will go up in smoke, just another nice-sounding idea gone with the wind.

Given the odds against Miller and Pilloton, and the fact that the local educational hierarchs evidently decide to view them as rivals rather than partners, what they accomplish in a year is pretty amazing. A motley group of students who begin with little or no relevant skills build first a set of fairground-style “cornhole” games (if you’re actually from rural America you’ll know that’s not pornographic), then a crazy but delightful Buckminster Fuller-inspired chicken coop, and finally … well, I almost shouldn’t spoil it. OK, since pictures of the structure are all over the Internet: They build a new pavilion for the county seat’s long defunct farmer’s market, a building of clean, simple and spectacular design that also creates an affordable locally based alternative to the county’s one overpriced chain supermarket. (According to Facebook, the Windsor Super Market — that’s the new farmer’s market — is going strong three years later.)

It’s an enormous win-win for the community, the students seem to have a terrific time, and they clearly come away with all kinds of new confidence and skill, some of it quantifiable and marketable and some less so. But “If You Build It” is not a naive or innocent film that claims a program like Studio H will work seamlessly in all communities, let alone that it can make up for widespread social and economic inequality. Whatever legacy Pilloton and Miller leave behind in Bertie County is of necessity pretty limited: It’s still a poor rural area with few jobs, where many high school classes are held online, in the silence of the computer lab. (Including P.E., which is definitely puzzling. One student says cautiously, “It kinda defeats the purpose of physical education.”)

In a sense, the revelations of “If You Build It” are not revelations at all, and are the basis for all sorts of progressive and/or alternative educational movements, from England’s Summerhill School to the Waldorf and Montessori traditions to the branch of home-schooling known as “unschooling.” Pulling kids away from sterile or artificial classroom routines of drilling and testing, and challenging them with complicated real-world projects and problems, has all kinds of benefits. And you don’t have to establish a hippie-dippie private school or a helicopter-parent charter school or some other trend-of-the-month solution to do it. Studio H was taught under the auspices of a regular public high school in a low-income, racially mixed, Middle American community. What we see in “If You Build It” is less the construction of a delightful new building or an inspiring teacher-student story or a sign of hope — although it’s those things too — than a challenge. How will we answer it?

“If You Build It” opens this week at the IFC Center in New York; Jan. 24 at the Nuart Theatre in Los Angeles; Feb. 7 at the Music Box in Chicago; Feb. 14 in Atlanta; and Feb. 21 in Denver, Minneapolis, Washington and Winston-Salem, N.C., with more cities to follow.

Documentaries Editor's Picks Education If You Build It Movies Our Picks Our Picks: Movies Public Education