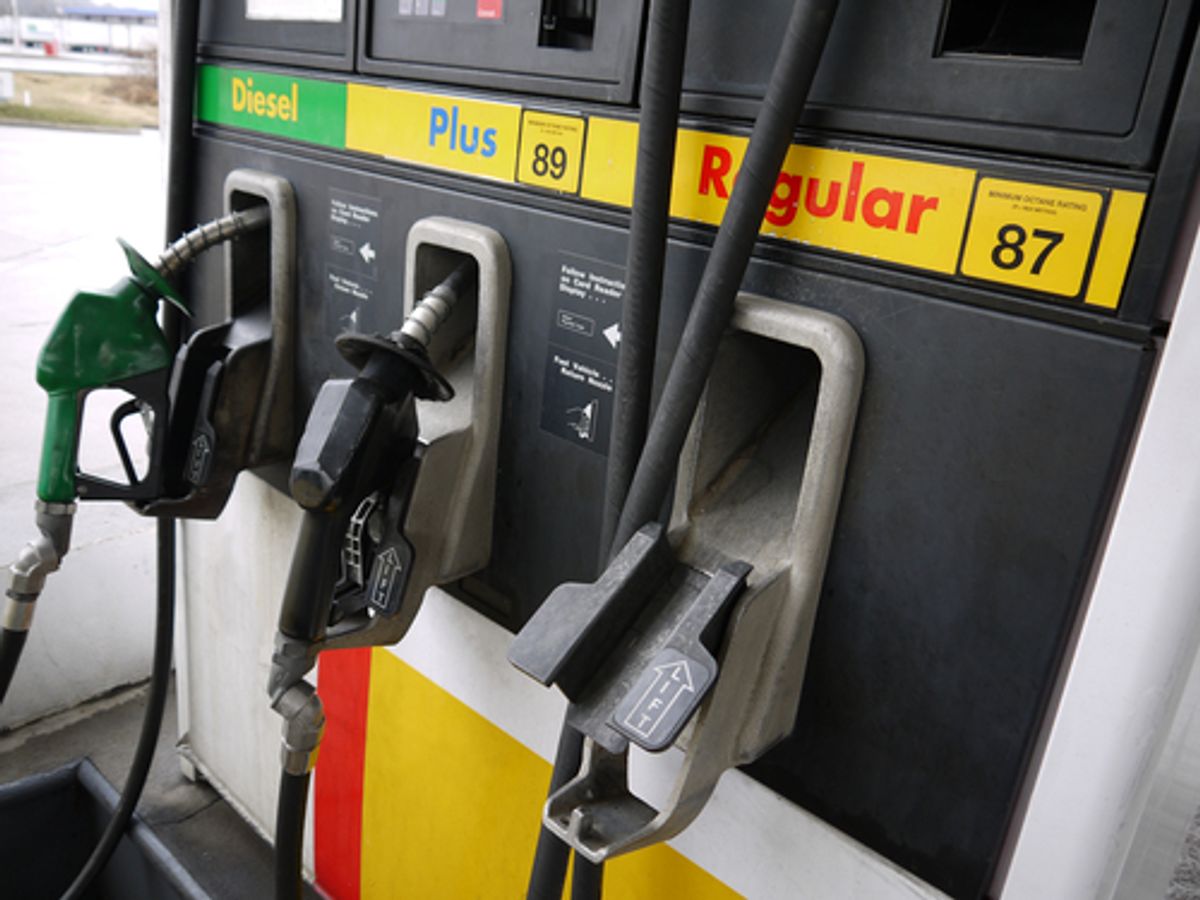 If we can put labels on cigarettes warning users about the risks of smoking, why not do the same for gasoline? An environmental group is campaigning to slap warning labels on California filling stations, SFGate reports, in order to remind gas guzzlers that driving is linked to climate change.

The labels, according to one mock-up proposed by the group, would read something like this:

Warning: The state of California has determined that global warming caused by greenhouse gases poses a serious threat to the economic well-being, public health, natural resources and the environment of California.

The campaign was started by the Bay Area chapter of 350.org, and its members have been pitching the idea to city governments in San Francisco and Berkeley. Oakland, they say, is next. Jamie Brooks, one of the group's members, explained that the warnings could help drive home the connection between everyday actions and their long-term effect on the planet.

“Human beings are not really wired for seeing the cause and effect of climate change,” Brooks told SFGate. “The cause is burning fossil fuels, but we’re not going to feel the effects until well into the future. There’s no immediate signal to a consumer of gasoline to show their effects on climate.”

“The goal isn’t to take transportation away from people and say, ‘You’re a bad person,’” he added. “The goal is to create a signal saying, ‘You need to change your behavior.’"

The group acknowledges that gas station owners and oil companies would be all but guaranteed to take legal action against the proposed labels. But then again, so did the tobacco companies.