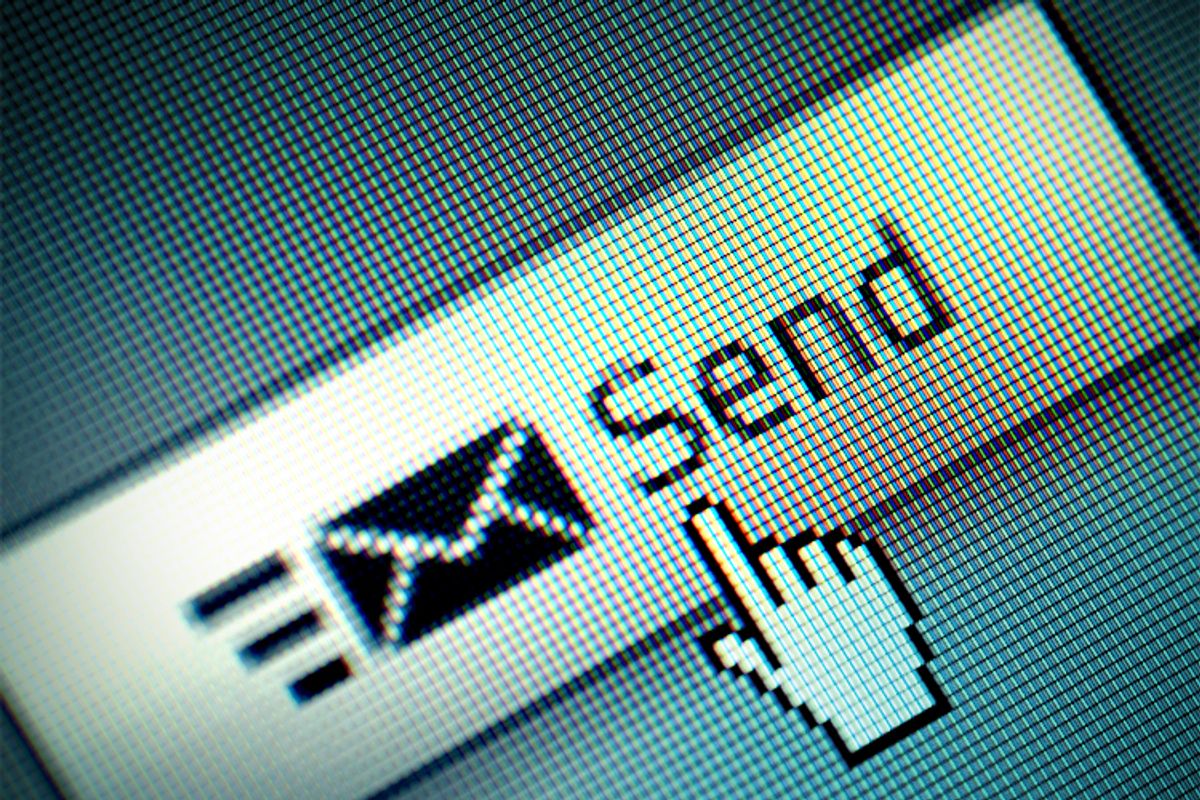 In an age where nearly every day a politician has to step forward and issue an apology for his role in a traffic mess or running over a flock of ducks or what have you, you've got to give Bob Carleton credit for breaking the mold. After the Norwalk, Ohio, city council member was questioned about sending out a December email the Toledo Blade has called simultaneously "insensitive," "bigoted" and "cruel," Carleton's response has been to shrug that he thought it was funny. No halfhearted promises of sensitivity here. Oh no, not for Bob Carleton!

Back in December, the 71 year-old Republican sent the email to nearly two dozen friends, colleagues and the city law director. It bore the subject head "Spelling Bee Champ." The text, which appears to have been going around the Internet for at least five years, reads:

White dude sit nex to me is McGee from Jaxon Mizipy. He got a 94% on the text but no extra points on acount of he have the same skin color as the opressirs of 150 years ago. Granny ax me to thank all dimocrafts and liberuls for suportin afermative axion. You be showin da way to true eqwallity.

I be gittin in medical skool nex an mabe I be yo doctor since Barrac takn over da healfcare in dis contry.

I know it's a spelling-themed email, but here's a math question: how many different groups is this offensive to, and how many unique slurs can you find in it?

Amazingly, not everyone Carleton sent it to – and he's told the Blade he actually sent it to even more people – found it amusing. Norwalk law director G. Stuart O'Hara said, "I was shocked. I didn't care for the joke, if that's what it was supposed to be." But the repercussions for Carleton have so far been nil. Mayor Rob Duncan, while admitting, "This is nothing that we would condone or endorse," says it's the city council's responsibility to address the mail, noting, "Bob is technically not part of the administration. He is part of city council so we really don't have authority over council." The council, he says, didn't even bring it up in its December meeting. And he supportively adds, "I think I know Bob well enough and I don't think he would do anything malicious and intentional." Go back and read the email and then think about that. Yeah, what's malicious there? "I can see where someone would do that without thinking about it," Duncan says. "But in our positions we have to think." So apparently according to Mayor Duncan, Carleton's offense isn't racism but hastiness.

Last week, Carleton verified to the Sandusky Register that he sent the mail, and told the Blade, "In hindsight, I can see how it can be interpreted as racist ... but that wasn't my intent when I sent it. I thought it was humorous." No remorse. No apology. Just a slap in the face to his nonwhite constituents. As Jim Jackson, president of the Sandusky NAACP chapter told the Sandusky Register, "This is an individual using the premise of a joke to actually pass on what he truly believes." Satire is tough to pull off even for the truly witty and erudite – and it's safe to say Carleton fails both of those smell tests. What he did was mean, bigoted and plain dumb – and he's made it very, very clear he isn't in the least bit contrite about it either.

When asked if there was anything off limits to joke about, the writer David Rakoff allegedly once said, "People with less power than you." Whether you're a politician or a comic or just some random person trying to make a joke, it's a pretty simple and incredibly effective guideline. Maybe you'll never be punished for it. But if you're a 71-year-old white man, especially one who's ostensibly a public servant, you should probably still avoid sending out holiday emails that make fun of African-American Latina girls.