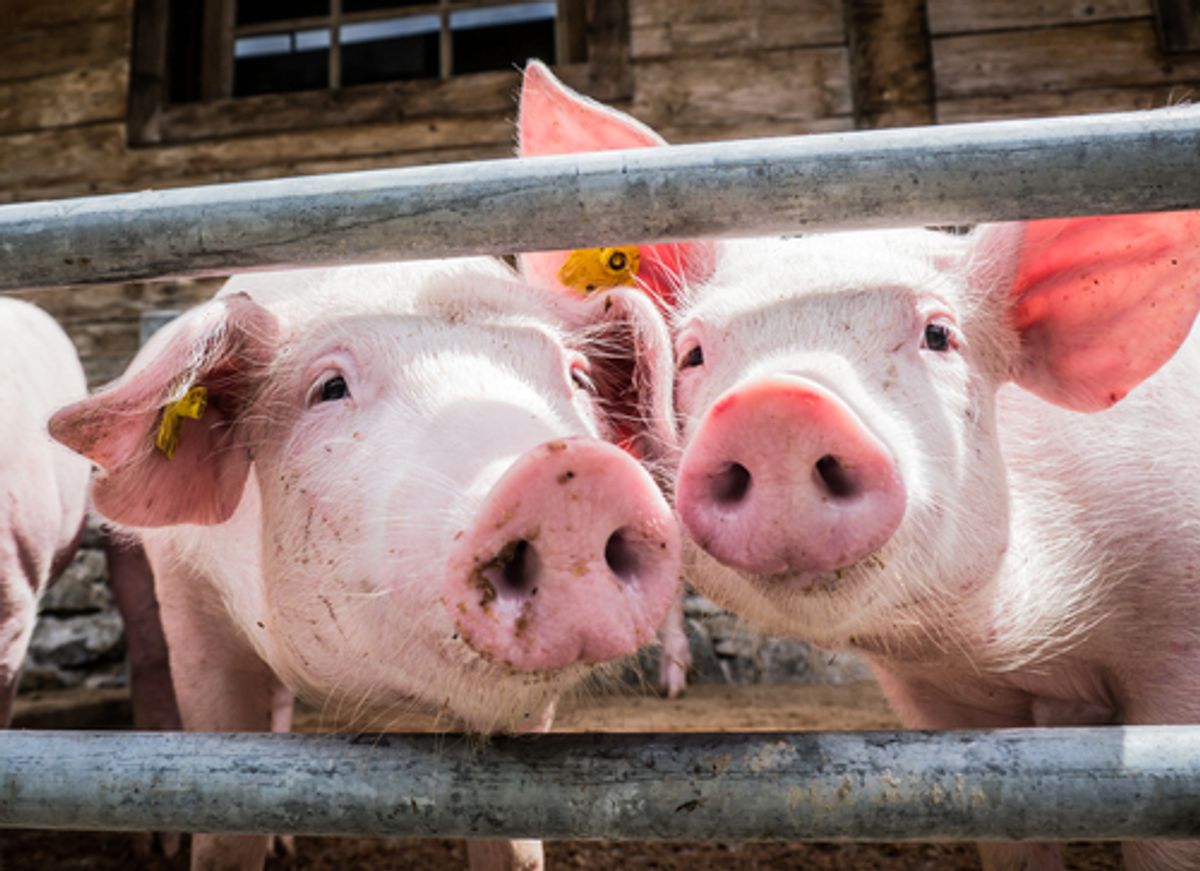 Conditions on American hog farms may soon become a bit less terrible. Heeding the decades-long call of animal rights activists, the AP reports, two of the country's largest meat companies announced this week that they're urging their supplies to reform inhumane practions.

On Wednesday, Tyson Foods sent new animal welfare guidelines to its 3,000 independent hog suppliers, while Smithfield Foods said Tuesday that it's asking its growers to phase out controversial gestation crates for pregnant sows by 2022.

Reform, for pigs destined to the dinner plate, means they'll be given space to stand, turn around, lie down and even stretch their legs. Sick and injured animals, per Tyson's new guidelines, will no longer be killed using "manual blunt force."

The animal rights group Mercy for Animals, whose hidden-camera investigation at a Tyson supplier renewed outcry over some of the more brutal conditions suffered by pigs at factory farms, applauded the "significant improvements" made by Tyson as an important step in the right direction.

"We urge Tyson to add more teeth to the new guidelines by making them a mandate for all of its pork producers, rather than a mere recommendation," Nathan Runkle, MFA's executive director, said in a statement. "Other key players in the pork industry, including Walmart, should follow Tyson's lead and stop the unacceptable practices of confining pigs in crates so small they can’t turn around, mutilating piglets without painkillers and slamming them headfirst into the ground."