Beyoncé takes a stand against sexism

The singer takes on the "myth" of gender equality 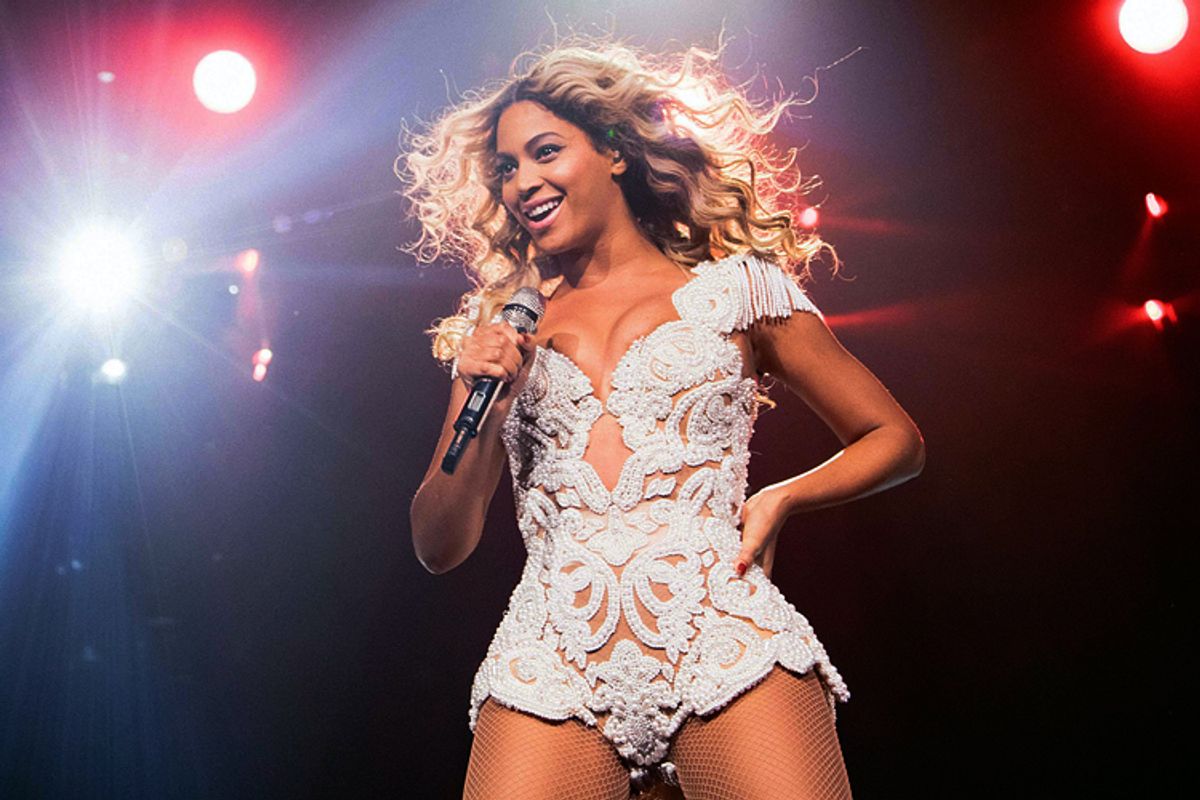 It's a short feature, and one that doesn't reveal anything about economic inequality that isn't already common knowledge. But it's not every day that a woman better known for chart-decimating hits and her additions to the Oxford English Dictionary than her essay writing takes on institutionalized sexism. And when Beyoncé decides to say a few words about gender, those words get attention.

The piece, titled "Gender Equality Is a Myth!" appears in the latest edition of the Shriver Report, "A Woman’s Nation Pushes Back From the Brink." The report, which is available free in its entirety online until Jan. 15, is a collaboration between Maria Shriver and the Center for American Progress. Along with Beyoncé's article, it features writing by Hillary Clinton, Kirsten Gillibrand, LeBron James, Jada Pinkett Smith, Anne-Marie Slaughter and Sheryl Sandberg.

Yet though Beyoncé's contribution is short, it packs a typically Sasha Fierce punch. The brief essay lays it out from the first sentence, in which she says, "We need to stop buying into the myth about gender equality." It's so simple a statement, one might at first wonder if it even needs to be made. But in a culture in which women are devalued in ways large and small every single day, and one in which female pop stars like Katy Perry and Taylor Swift still demurely shy away from acknowledging the pervasiveness of sexism, it's a big deal for one of the biggest, most powerful stars in the world to stand up and frame the discussion in terms of "myth." She's acknowledging a depressing truth -- that too many men and women have been lulled into believing women's rights are a cause from another era, that there's nothing we need to strive for anymore.

Moreover, Beyoncé recognizes that inequality isn't something that women alone need to fix. Acknowledging the income gap, she says, "But unless women and men both say this is unacceptable, things will not change." And she says that not only do we "have to teach our girls that they can reach as high as humanly possible," "We have to teach our boys the rules of equality and respect, so that as they grow up, gender equality becomes a natural way of life."

These aren't earth-shaking concepts, or at least they shouldn't be. But Mrs. Carter's feminism or lack thereof has long been the subject of much intense public debate -- in an interview last year she bristled at the "extreme" connotations of the word. Now, in clear contrast to, say, Kelly Clarkson, who says, "I love that I’m being taken care of, and I have a man that’s a leader," Beyoncé's is precisely the kind of message that needs to be stated. And repeated.

In our celebrity-obsessed world, having one star unreservedly state that equality is the work of both men and women, that it’s not just about raising daughters to be strong but about bringing up sons to be respectful, is worth at least a year's worth of opiniony liberal think pieces in impact. Beyoncé's endorsement says that equality is still something to be fought for; and that it's an ideal that isn't, in fact, "extreme." Instead, it's as appealing, as right and as hopeful as a hit song. As Beyoncé says, "We have a lot of work to do, but we can get there if we work together." Sing it, lady.