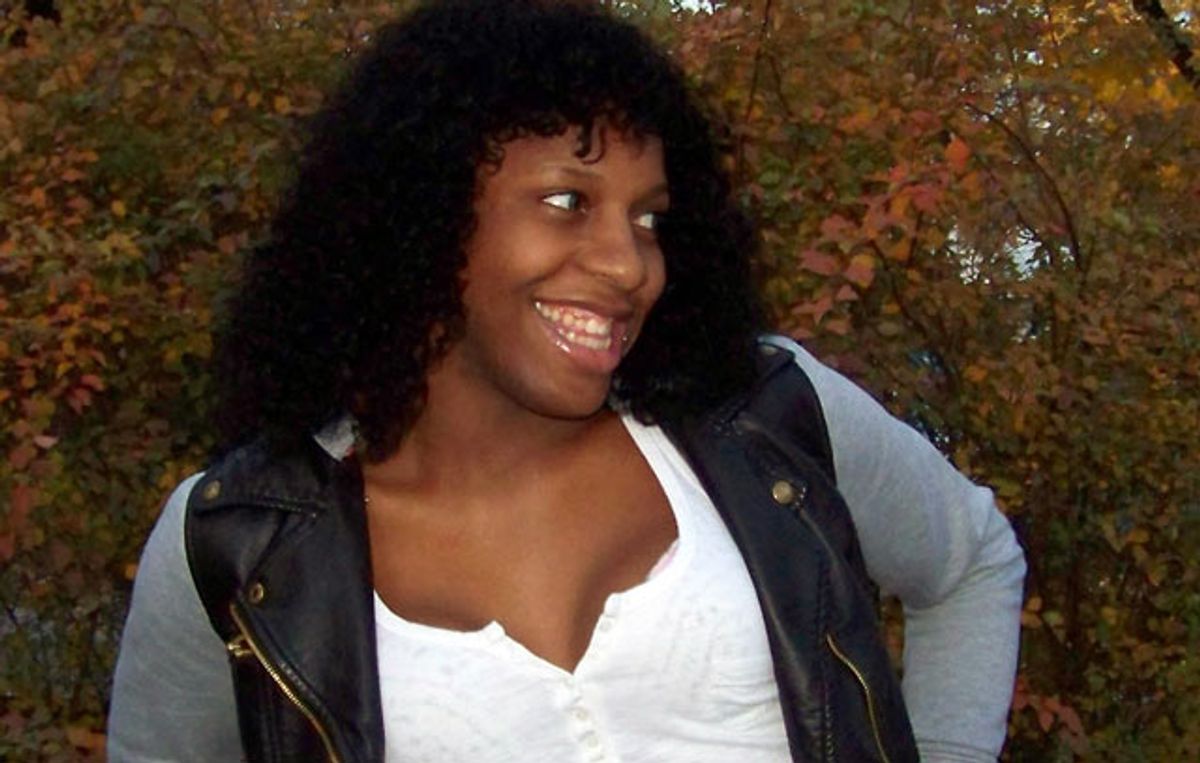 McDonald, a transgender woman, was sentenced to 41 months in a St. Cloud, Minn., facility, after fatally stabbing a man while defending herself during a trans-phobic attack.

McDonald was out with friends in Minneapolis in June 2011 when she was confronted by a group of white men and women outside a neighborhood bar. According to witnesses, the group of bar patrons shouted racist and trans-phobic slurs at McDonald and her group. McDonald tried to walk away, but the confrontation escalated and she was sliced in the face with a beer bottle by one of the female patrons. The two groups began to fight; McDonald walked away once again, but was pursued by Dean Schmitz. McDonald says she turned around to confront him while holding a pair of scissors she retrieved from her purse; he was stabbed in the chest and died from the injury. McDonald was charged with two counts of second degree murder, went on to accept a plea to manslaughter in the second degree, and was sentenced to 41 months in a men's prison.

The profile of the case has brought much needed attention to the violence faced by trans people, and other cases in which a trans person has been charged with a crime while acting in self-defense.

A recent case in California provides yet another example of the kind of daily harassment and violence that trans men and women face at alarming rates, and what happens when they attempt self-defense.

Jewelyes Gutierrez, a 16-year-old transgender teenager, is now facing a criminal charge for defending herself during a confrontation against a group of female students who had been repeatedly harassing her. The other students involved in the confrontation have not been charged.

As previously noted by Salon, Gutierrez says she had previously gone to school officials seeking help, but the harassment persisted; when confronted by bullies once again, she says she decided to fight back.

“Jewelyes identifies as transgender, and I think that she had been tormented and harassed at school because of how she identifies,” Gutierrez’s public defender, Kaylie Simon, told KTVU. ”When I initially received this case, I was shocked that the district attorney’s office decided to charge Jewelyes.”

The school board at Gutierrez's school was also shocked by the charges, believing that it was a matter that should be handled within the school system.

“I think by charging her," Simon continued, "it sends a message to bullies that you can bully individuals, and that adults will then further victimize the person that you’ve been tormenting."

You can watch McDonald (joined by "Orange Is the New Black" star Laverne Cox) as she walks free here: