Christie is "an old-fashioned masculine, muscular guy, and there are political risks associated with that" 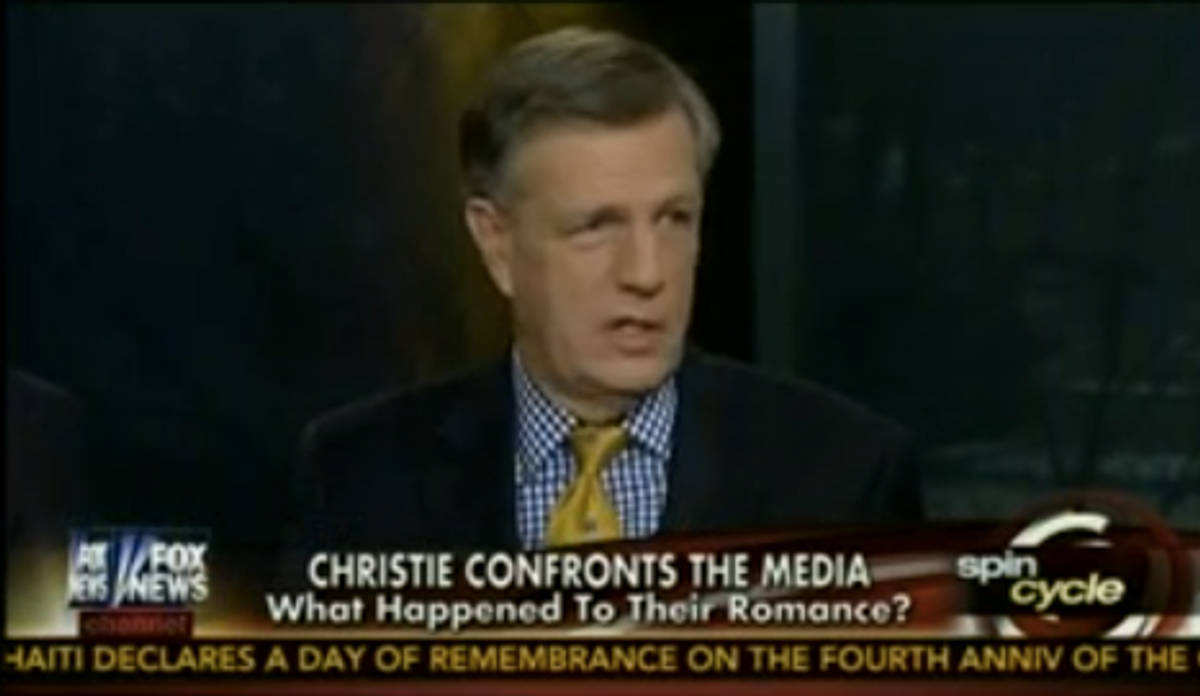 Fox News' Britt Hume doesn't think Chris Christie is a bully. According to the senior political analyst, cultivating a political culture of retribution and screaming at constituents is just Christie being a "masculine and muscular" guy, which is a liability in our "feminized" culture.

An excerpt from the Sunday exchange via Media Matters:

HOST HOWARD KURTZ : So what about this bully narrative [surrounding Chris Christie]?

FOX SENIOR POLITICAL ANALYST BRIT HUME: Well, I would have to say that in this sort of feminized atmosphere in which we exist today, guys who are masculine and muscular like that in their private conduct, kind of old fashion tough guys, run some risk.

KURTZ: By which you mean?

HUME: By which I mean that men today have learned the lesson the hard way that if you act like a kind of an old fashioned guy's guy, you're in constant danger of slipping out and saying something that's going to get you in trouble and make you look like a sexist or make you look like you seem thuggish or whatever. That's the atmosphere in which he operates. This guy is very much an old fashioned masculine, muscular guy, and there are political risks associated with that. Maybe it shouldn't be, but that's how it is.