Someone just paid $350,000 to hunt and kill an endangered rhino 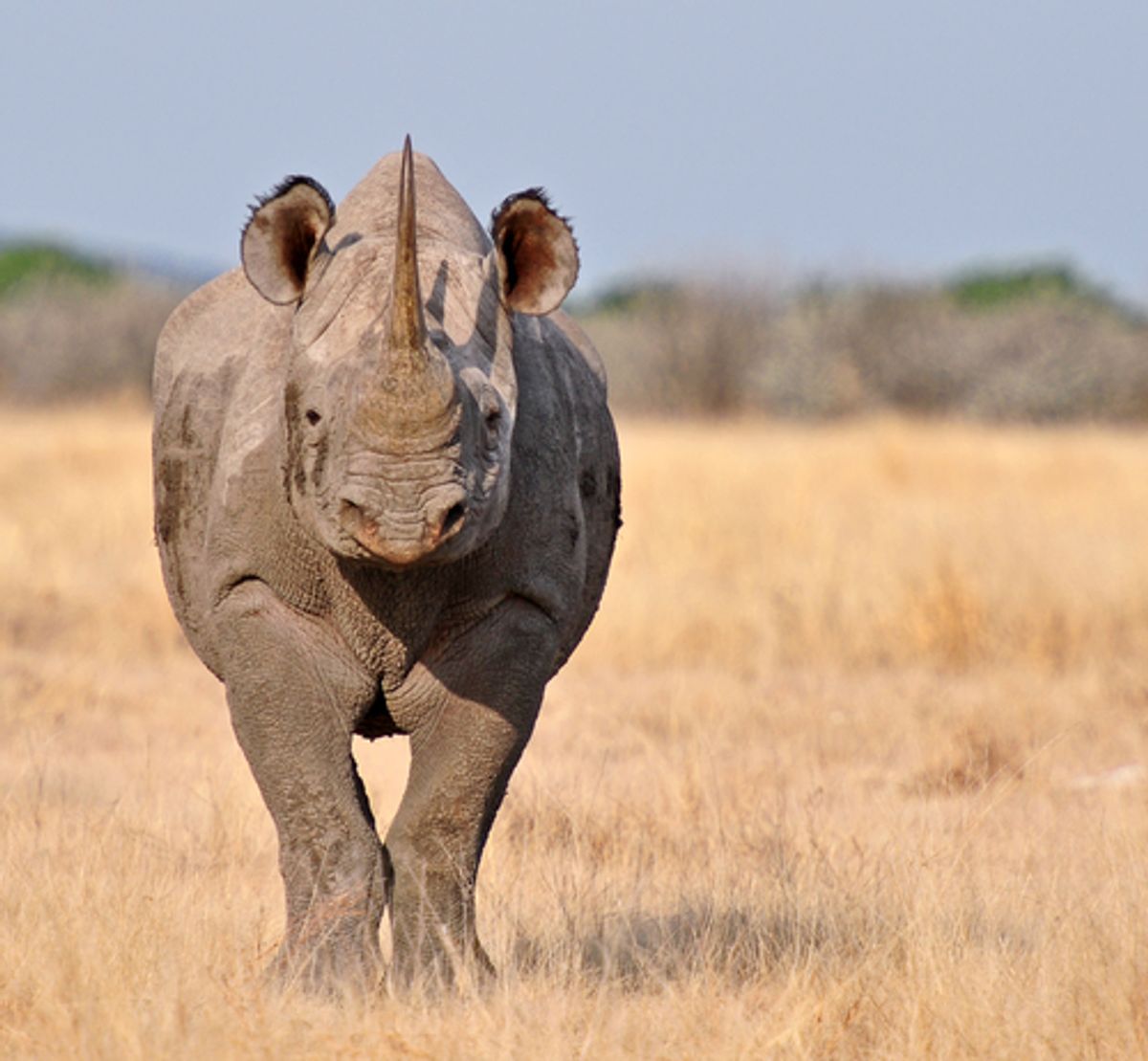 Would-be hunters with money to burn competed in an auction Saturday night that culminated in the sale of a permit to hunt and kill an endangered rhino for $350,000, the AP reports. The hunt, which will take place in the African country of Namibia, garnered less profit than the Dallas Safari Club, which organized the sale, had originally hoped, but the group promised that all of the funds will go toward protecting the species.

With barely 5,000 black rhinos remaining in the wild, the group's professed goal of helping protect the critically endangered species is being met with a healthy degree of skepticism. DSC spokesman Steve Wagner promised that the rhino in question is old, male and no longer capable of reproducing. Jeffrey Flocken, North American regional director of the Massachusetts-based International Fund for Animal Welfare, saw it differently: "This auction is telling the world that an American will pay anything to kill their species," he said.

The winning bid, in fact, could have come from anywhere in the world; for obvious reasons, the DSC isn't releasing the buyer's name.

About 40 people showed up at the auction to protest, according to the AP. And some of those angered by this controversial interpretation of "conservation" are responding in kind -- the FBI is investigating death threats made against the club's members.