What the Golden Globes say about the Oscar race

The show isn't a perfect Oscar predictor, but there's some good news for "12 Years a Slave" and Leonardo DiCaprio 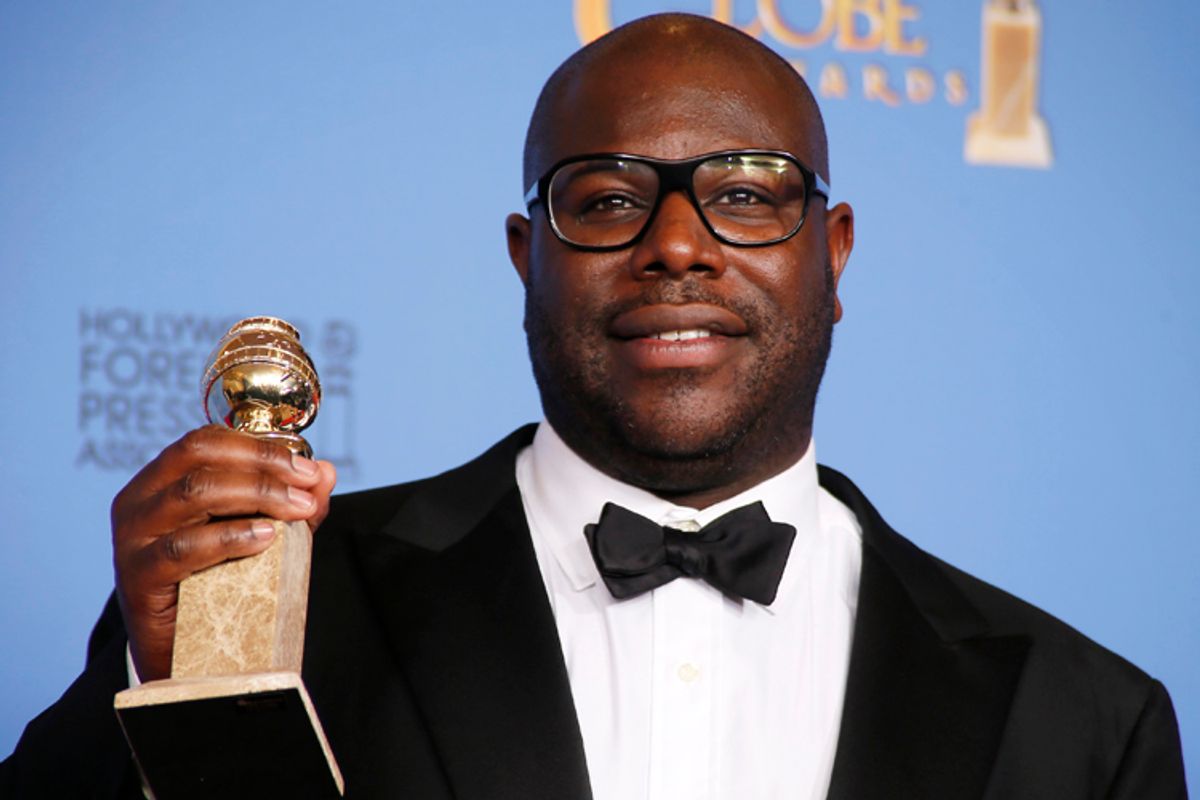 So what did we learn from the Golden Globes? Well, I hope we learned not to look to second-rate awards shows for any sort of instruction or edification. One can definitely make the case, as Oscar bloggers like Mark Harris and Sasha Stone often do, that the Academy Awards process reflects an underlying cultural narrative that goes deeper than the obvious questions about power, status and taste in Hollywood. But the Globes, for all their star power, play a marginal role in that process at best, a goofy curtain-raiser that gives a national TV audience its first look at the year’s major contestants. There’s almost certainly zero overlap between Oscar voters and the 50-odd professional junketeers of the Hollywood Foreign Press Association who pick the Globe winners, and the Globes have a weak record as Oscar predictors.

Still, before we go back to feeling superior about the whole thing, let’s acknowledge that the Globes underlined an important point: This was an impressive year for mainstream film, the best in quite a while, and we should be in for an exciting ride from here to Oscar night. In most recent years, the suspense and excitement has been largely notional, drummed up by publicists and gossip-mongers around movies and stars no one cares all that much about. (I did not dislike either “Argo” or “The Artist,” and reviewed both positively. But do you know anyone who thinks they’re great movies?)

I have a pretty clear theory about what’s going to happen, and the suspense may not last much longer. (Ask yourself which of the major contenders is the most “movie-like,” the most fun, the most satisfying in conventional terms.) We’ll know a whole lot more about the status of the Oscar race by this time next week: The Oscar nominations themselves are revealed on Thursday morning, followed next weekend by the Screen Actors Guild and Producers Guild awards. (And then the Directors Guild, viewed as decisive by many onlookers, on Jan. 25.) For the moment, we have pretty clear evidence that the Globes voters were closely divided between three major contenders: “12 Years a Slave,” which won best picture in the dramatic category, “American Hustle,” named best picture in the Globes’ “musical or comedy” slot, and “Gravity,” which won the best-director prize for Alfonso Cuarón. One of those three pictures will almost certainly be the big winner on Oscar night.

By splitting their major movie awards in a taxonomy that often feels arbitrary – “American Hustle,” “Nebraska” and “The Wolf of Wall Street” were all classified as comedies, while “Gravity,” the Judi Dench-Steve Coogan heart-warmer “Philomena” and Ron Howard’s racing movie “Rush” were all dramas – Globes voters get to skip the hard decisions. But along with essentially narrowing the Oscar best-picture race to three (meaning that the Coen brothers’ “Inside Llewyn Davis” and Spike Jonze’s “Her” are now extreme long shots), the Globes injected some new life into a couple of the acting categories.

In a wide open best-actor race, Leonardo DiCaprio is probably now viewed as the front-runner for his controversial bravura performance as repulsive penny-stock tycoon Jordan Belfort in “Wolf of Wall Street” (a film that won no other major awards). But Matthew McConaughey’s unexpected victory in the drama category, for his role as an AIDS treatment entrepreneur in “Dallas Buyers Club,” injects a wild-card element in a race many observers thought would be between Chiwetel Ejiofor (“12 Years a Slave”), Bruce Dern (“Nebraska”) and Robert Redford (“All Is Lost”). In this category, above all others, nobody knows anything, except that Oscar Isaac, the breakout star of “Inside Llewyn Davis,” is likely to be left out altogether.

As the Globes also made clear, there are some categories where the suspense is over. Cate Blanchett can drink steadily and shoplift from Bergdorf’s every day between now and Oscar night, and she’ll still win best actress for Woody Allen’s “Blue Jasmine.” (Given the disintegrating WASP character she plays in that film, such behavior could be classified as method acting.) And best supporting actor will go to Jared Leto, who returned to Hollywood after several years as a hipster musical icon to play the role of Rayon, the take-no-prisoners trans woman in “Dallas Buyers Club.” (We can argue later whether it’s too easy for straight actors to get cred for playing LGBT characters somewhat convincingly; anyway we all know the answer.)

Supporting actress at the Globes went to Jennifer Lawrence for her hilarious and almost tragic turn in “American Hustle,” and while that was officially a surprise I’m not quite sure why. Yeah, I’d probably vote for the hilarious June Squibb in “Nebraska” or the breakthrough performance by the amazing Lupita Nyong’o in “12 Years a Slave.” But you know what? These are Hollywood awards we’re talking about, Lawrence is the biggest and most beloved female star of her generation, and even in a small role she provides the heart, soul, humor and sex appeal of a movie that basically everybody loves. So what the hell, give her another Oscar this year and another one next year for whatever movie she’s got in the can. Just don’t put it in the “science oven,” Jennifer!

Globes voters gave their screenplay prize to Jonze’s “Her,” which was probably a backhanded way of showing that movie some love. (That near-future man-machine love story got glowing reviews but hasn’t connected with audiences, and is pretty much a goner as far as major awards go.) I look for “American Hustle” and “12 Years” to lead that category at the Oscars – and since they actually fall into different categories (John Ridley’s “12 Years” screenplay is of course adapted from the real Solomon Northup’s 19th-century memoir) – they’ll probably both win. The foreign-film prize went to Paolo Sorrentino’s “The Great Beauty,” which most Globes voters probably didn’t watch the whole way through but doesn’t have the hot lesbian sex or negative vibes now associated with “Blue Is the Warmest Color.” Oscar voters don’t watch the foreign films either, as the track record shows, but now they have an out if they need it.