“I woke up like this”: Beyoncé, CeCe and the fight for justice for black women

Here's how a mega-star, transgender black woman and male activist are meeting a moment -- and standing up for women 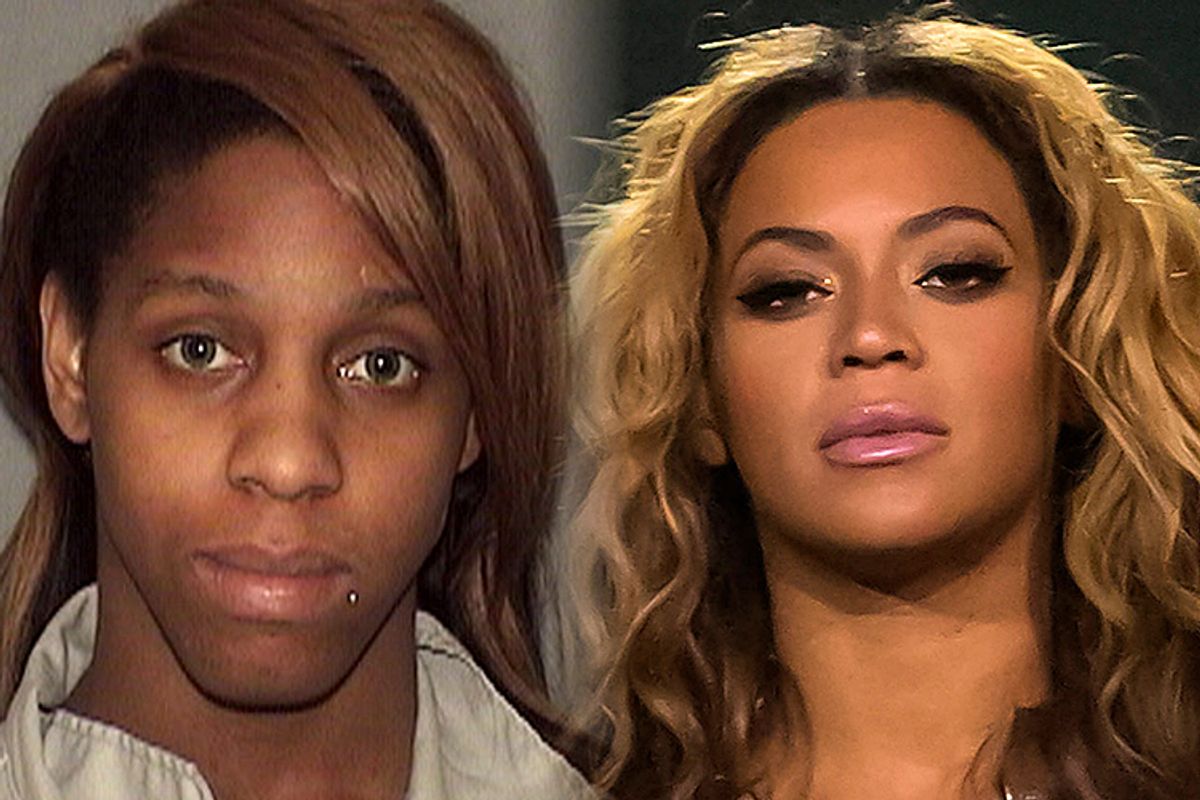 CeCe McDonald, a transgender black woman, was released from prison yesterday after being forced to serve 19 months of a 41-month prison sentence for stabbing the man who brutally attacked her. In the months leading up to her trial and the 19 months that she has served, intermittently she has crossed my mind, summoning me to whisper a prayer that prison, brutal as it is, might not be so brutal. I’m sure such prayers are evidence of my naiveté.

But my prayers also come from a place of knowing what it means to have your loved ones locked away, feeling powerless to protect them from a system of ultimate discipline designed to strip them of their humanity, while giving them nothing in return. I don’t have to know CeCe to know what imprisonment does to black people.

But CeCe is free now. And I feel exultant. Another black girl who was never meant to survive made it out alive. She lived to tell the tale. To testify.

She was greeted at the prison by Laverne Cox, another transgender black woman, who plays a transgender character on the show "Orange Is the New Black." Cox is doing a documentary about CeCe. But in her first few moments of freedom, McDonald and Cox took to Instagram, snapping selfies and tweeting that they were listening to Beyoncé’s latest, “the visual album.”

They know what those of us who have wholeheartedly embraced Beyoncé, the feminist, know: that Bey sings the Black Girl Gospel, like no other in our era.  I’m sure after 19 grueling months, in a men’s prison, no less, that CeCe had more than a few bitches she needed to tell to “Bow Down.”

I revel in the fact that she had a Bey soundtrack at the ready to remind her of her own “flawless” self.

A black girl got free yesterday. And Beyoncé sung her freedom music. That is something to be joyful about.

And Beyoncé penned a feminist essay called “Gender Equality Is a Myth!” That Beyoncé has not let her budding feminist consciousness be cowed by stuffy feminist gatekeepers is also something to be joyful about. Part of a compendium of essays edited by Maria Shriver, Beyoncé’s essay called on both women and men to join in the fight for gender equality: “Men have to demand that their wives, daughters, mothers and sisters earn more — commensurate with their qualifications and not their gender.”

Beyoncé’s feminism is evolving and as it does so it is reaching new communities of young women not previously checking for the F-word. I hope Beyoncé hears about CeCe’s story. I hope she finds out that she was one of the primary voices of CeCe’s freedom soundtrack. I hope this inspires Beyoncé to add the word “justice,” and the work of justice, to her understanding of feminism. We want equal pay and equal respect. Yes. But we also want justice.

Harry Belafonte, the consummate actor and activist, also called on black men this month, to participate in ending violence against women. He charged the men of the African-American Phi Beta Sigma fraternity: “Let us use this century to be the century where we say we started the mission to end the violence and oppression of women.” In fairness, to all the sisters who have been on the front lines of this struggle already, these men, if they should accept the challenge, will join a long-standing mission to end violence against women.

But in a society that still celebrates figures like R. Kelly, Roman Polanski and Woody Allen – in a society that glosses over rape allegations against Heisman Trophy winner Jameis Winston – men have to do some real reckoning with their love affair with power in order to meet the charges laid out by Beyoncé, Harry Belafonte and others.

Men don’t just dominate women with money; they also dominate us through the threat and use of violence. So when Beyoncé calls on men to advocate for women’s economic parity and Belafonte calls on men to make stopping violence against women a priority, they are demanding a deep engagement with the structures of power that shape all women’s lives, from CeCe McDonald right on up to Beyoncé herself.

If we dealt with our violence against women problem, CeCe McDonald would not have seen the inside of a prison cell. Neither would Marissa Alexander.

So I rejoice in the fact that CeCe is free and Marissa is out on bond. I remain hopeful that Angela Corey’s attempts down in Florida to railroad Marissa Alexander don’t prevail.

I celebrate when black girls get free. But I also see this moment as a particularly important one, a rare moment when figures from all sectors of our society –from prisons to pop culture – are standing up in the cause of women. And not just any women, but black women, trans black women.

We’re in a new year, and we have an opportunity to do a new thing.

In the meanwhile, I hope CeCe got up this morning, channeled Beyoncé, and said: “I woke up like this.” I hope her newly freed self feels fully empowered, embraced and loved in her identity as a black woman.  In fact, I’m committed to fighting for a world to make that so. And I hope she knows we’re cheering her on.