Congratulations, Louisiana. You are the worst state in the country for reproductive freedom

Louisiana tops Americans United for Life's list of states that "protect life in law," followed by Texas and others 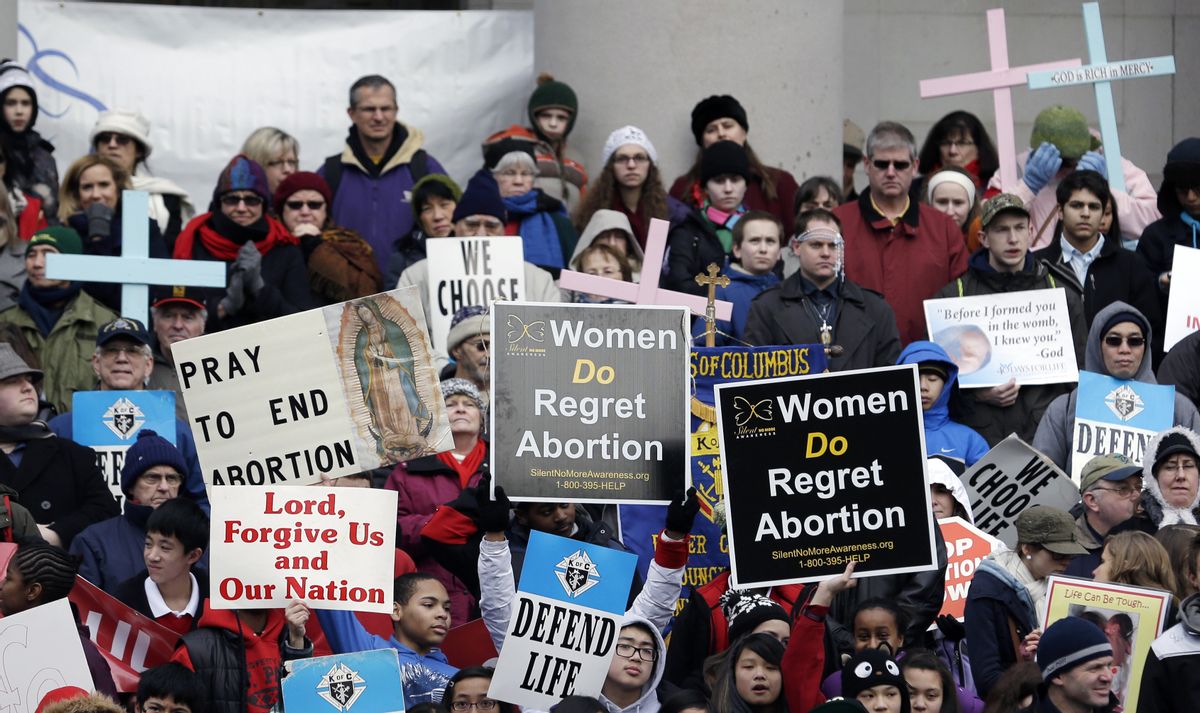 Americans United for Life is the legal arm of the anti-choice movement and the group responsible for drafting the model abortion restrictions that states like Texas and North Dakota made infamous in 2013.

Topping the list (for the fifth year in a row) is Louisiana, the state awarded the most "points" through the AUL's ranking system -- specific abortion restrictions get a state a certain number of points. The entire exercise is incredibly creepy and depressing, but definitely illuminating about the anti-choice movement's expansive strategy to criminalize abortion.

For example, cutting off state funding for Planned Parenthood gets a state one point; forced ultrasound laws are also worth one point. Requiring providers to meet the standards of an ambulatory surgical center gets a state a whopping five points. (You can read the rest here. As depressing as it is, it's actually a pretty comprehensive way to get acquainted with the kinds of restrictions that are advancing across the country.)

For a clear understanding of why access is so dire in Louisiana, here is a list of the restrictions women face when seeking an abortion, as compiled by the Guttmacher Institute:

Louisiana is closely followed on the list by Oklahoma, Arkansas, Arizona, Pennsylvania and Texas.

For clarity on why the AUL thinks Washington is so bad, some context, also from Guttmacher: