How Texas' abortion law scares women out of seeking care 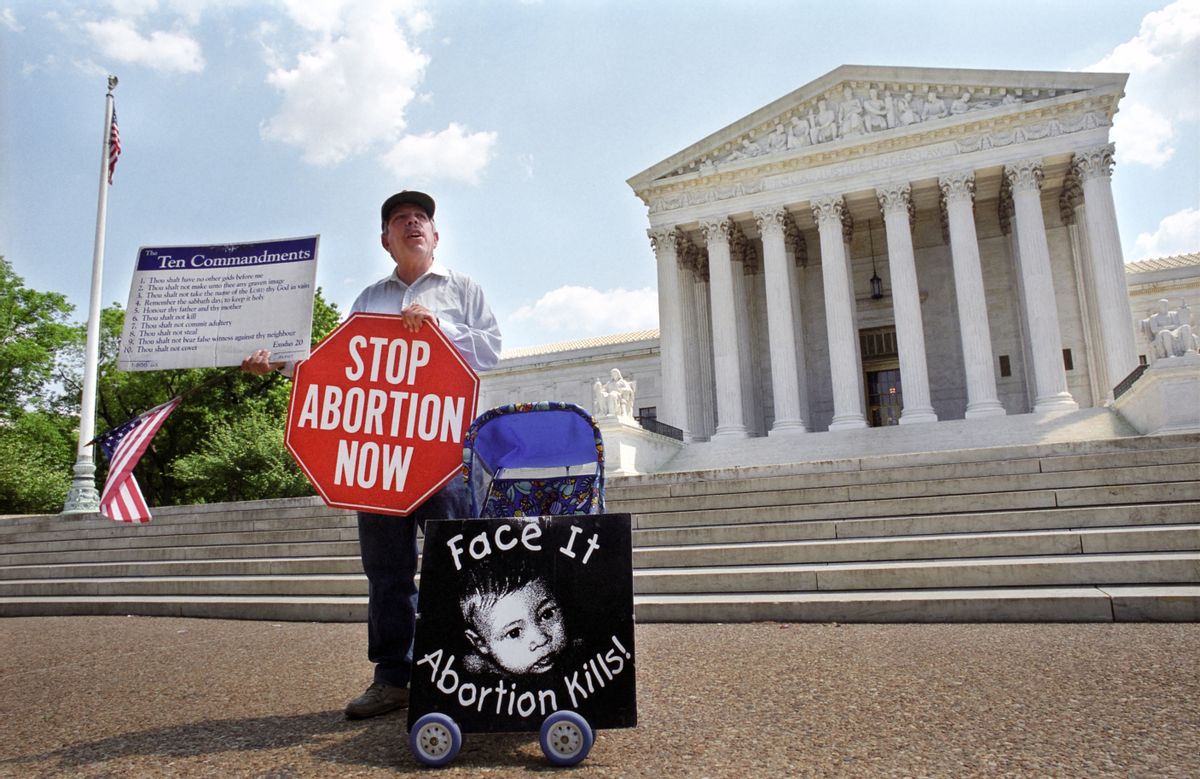 Shortly after Texas passed its sweeping abortion restrictions in 2013, researchers at the University of Texas released a report estimating that 22,000 women would be denied medical care as a result of clinic closures and service reductions across the state. Put another way, Texas' draconian new law will strip roughly one in every three women seeking an abortion of the ability to meaningfully exercise that choice.

But talk to clinic workers and women in Texas, and you will hear another important barrier to access that is about more than just long trips to providers, the cost burden and other impediments. There is a creeping mentality among Texas women that abortion is simply not an option in their state, that the procedure has become so heavily stigmatized to the point where many women likely don't consider the option when they become pregnant.

It's a problem Olga Khazan ran up against while reporting a story for the Atlantic on the crisis unfolding in Texas.

An excerpt from Khazan's report serves as a troubling reminder of the wide-ranging consequences of not just the laws themselves, but the mentality produced by sweeping restrictions on women's bodily autonomy and cultural stigma against reproductive healthcare:

Last week, a coalition of abortion providers argued before the Fifth Circuit Court of appeals that Texas’ expansive terrain—and the capriciousness of hospitals’ decisions—means not every abortion doctor will be granted admitting privileges, and desperate women will suffer as a result. They say that more than 22,000 women would be left without any meaningful access to abortions.

Throughout the legal back-and-forth, the state has maintained a persuasive counter-argument: Abortions would still be available in the state, after all, and the pro-choice groups so far haven’t been able to offer proof that specific women would be hurt by the new restrictions. “Aggregate information from providers,” they said, doesn’t constitute demonstrating an “undue burden” on women’s abortion rights, as would be required for the law to be unconstitutional.

I discovered a similar problem when reporting on reproductive laws in Texas. Though countless abortion clinics and providers made themselves available to me, they could not put me in touch with a single woman who has so far been impacted by the new law. Even Susan, though she squeaked in just before the deadline, was ultimately able to terminate her pregnancy. When I asked roughly a dozen pro-choice groups for examples of patients who had suffered under the law, they responded either that nobody wanted to come forward out of privacy concerns, or that it’s hard to know when someone isn’t able to do something. Without standing in the living rooms of newly pregnant women as they attempt to make appointments or scrounge for gas money in order to trek to far-away clinics, it’s impossible to determine when an obstructed abortion results in an unplanned birth.