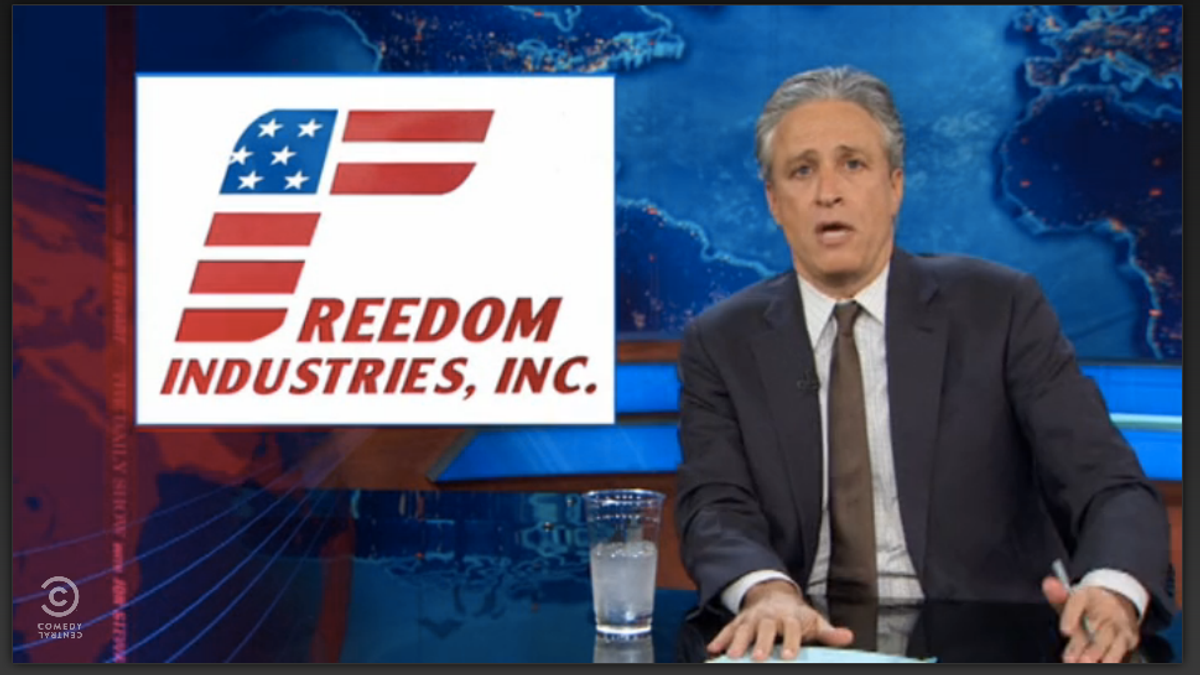 Hundreds of thousands of people in West Virginia remain without drinkable or otherwise usable tap water after a nearly 8,000 gallon chemical spill contaminated the state's water supply. The crisis has shuttered schools, businesses and restaurants, spurred the declaration of a federal emergency, and is now the subject of a federal investigation by the U.S. Chemical Safety Board.

Jon Stewart and "The Daily Show" correspondent Jason Jones on Monday weighed in on the crisis. After Jones mistakenly said the disaster was a terrorist plot and called for a sweeping investigations into the apparent "intelligence breach," he changed his tune after Stewart told him that the spill was a product of corporate negligence and a lack of government regulation.

Jones then (satirically, natch) warned that increased oversight and stricter regulation of Freedom Industries' operations would turn West Virginia into an "environmental police state" and that, frankly, he would rather drink "toxic licorice sludge" than implement regulations to rein in corporate recklessness.