Beware the wrath of PETA 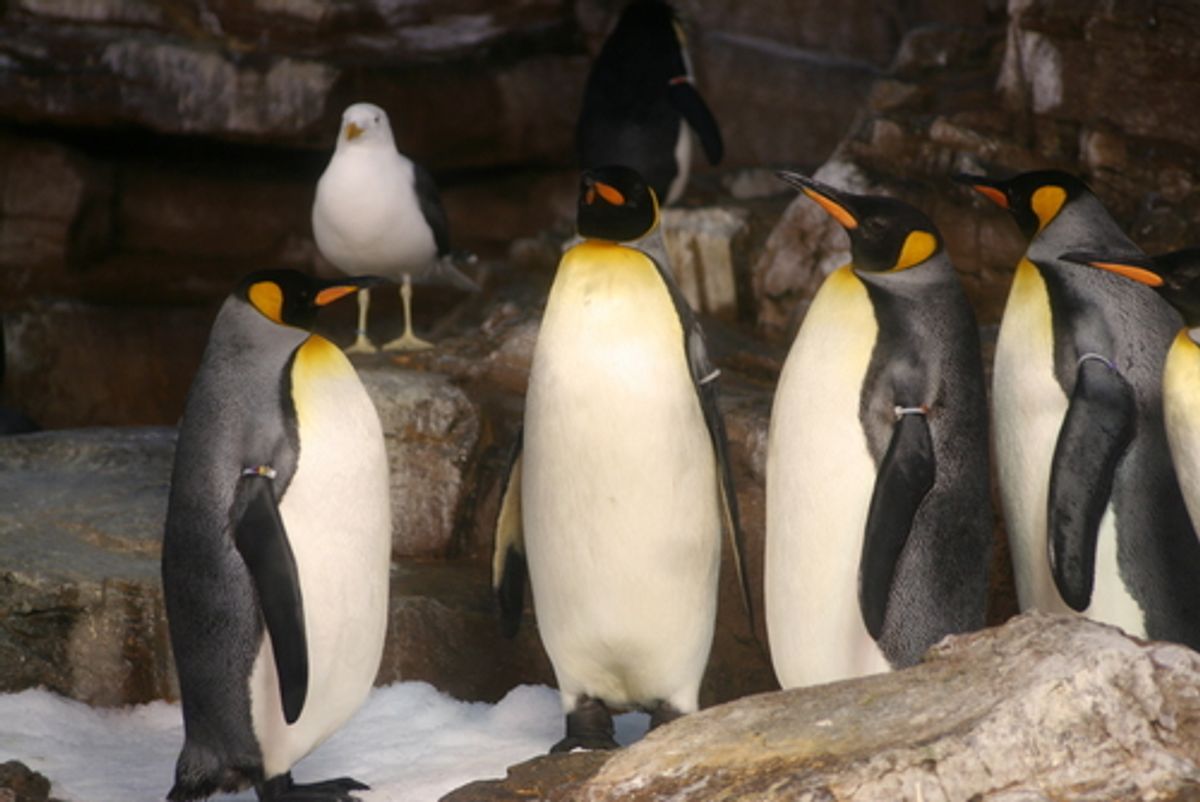 SeaWorld's plans to celebrate its 50th anniversary Tuesday night with a swanky/weird (both?) cocktail party in New York's trendy Meatpacking District have been canceled after PETA took issue with the event's guests of honor: two live penguins.

As DNAInfo first reported, the animal rights group obtained a copy of the private event's invitation,  which offered guests a chance to meet "animal ambassadors" Pete and Penny Penguin. "Loud DJs and flashing cameras may be alluring to your usual clientele, but they are terrifying to these arctic animals unaccustomed to being around humans, much less to being forced to attend a desperate, raucous publicity stunt," the group wrote in a letter to Bagatelle, the restaurant hosting the event.

And say what you want about the extreme -- and at times outrageous -- measures PETA will go to in the name of animal rights, but Bagatelle's response to the debacle shows how terrified people are of getting on their bad side. The From DNAInfo:

In an email to PETA on Monday evening, [co-owner Remi] Laba said Bagatelle's team had been caught off guard by SeaWorld's plans to bring penguins to the restaurant.

"We were very disturbed by what you told us and have let the reps of sea world [sic] that no live animals will be let in our establishment and that we will cancel their event if this was meant to take place," Laba wrote in an email released by PETA.

Bagatelle staffers wrote an email to PETA on Monday adding that the event was canceled, and added added that they would appreciate the animal rights agency spreading the word on "how good Bagatelle was to your cause."

"We are not involved in this and we did all we could to do what was right in our hearts," Laba said in an email, after initially trying to pacify PETA by promising to exclude live animals, but go forward with the event.

After noting that canceling the event cost the restaurant "a tremendous amount of money," Laba wrote, "We now hope that you will, in return, demonstrate that you are appreciative of our gesture," according to emails released by PETA.

SeaWorld, despite being very much on PETA's bad side following the release of the documentary "Blackfish," expects record revenues for the fiscal year 2013, the company announced Monday.