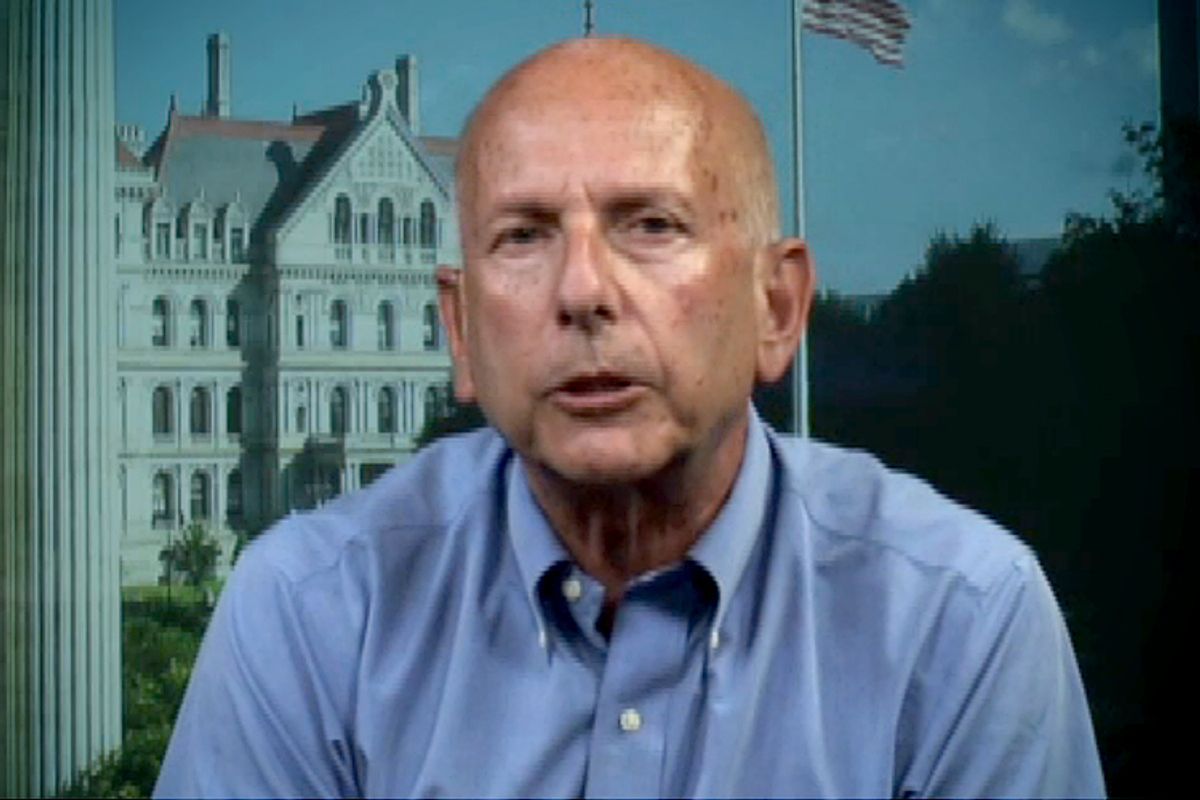 "That was his anti-gun legislation, which he had promised not to do, but then he had a little convenient massacre that went on in Newtown, Conn., and all of a sudden there was an opportunity for him," Dicker said, referring to a gun-safety law spearheaded by Cuomo in early 2013, the first major gun-safety legislation passed after the 2012 massacre in Newtown, Connecticut.

"The massacre at Sandy Hook Elementary was a heartbreaking tragedy for the 26 families that lost their loved ones and for the nation as a whole. For Fred Dicker to call such an event 'convenient' is shocking," Barrett said in a statement. "Mr. Dicker should issue an immediate on-air apology to the Newtown families who lost children and loved ones on that life changing morning last December. Until he takes that step, we are calling on advertisers to stand in solidarity with the families of Newtown by boycotting media outlets that give Mr. Dicker a platform for such hateful comments including the New York Post and TalkAM11300."

Dicker was unapologetic, however, telling the Albany-Times Union via email that New Yorkers Against Gun Violence "clearly doesn’t understand, or doesn’t want to understand, my point." He said his comment was "a sarcastic reference to the governor latching on to an horrendous out of state mass killing to advance a political agenda that had nothing to do with the problem of gun-related crimes in New York."

"I used the word 'massacre' intentionally," Dicker continued, "because it refers, by definition, to a horrendous large scale killing, which of course the Newtown horror was."