The comic's joke to a group of Cambridge students misfires 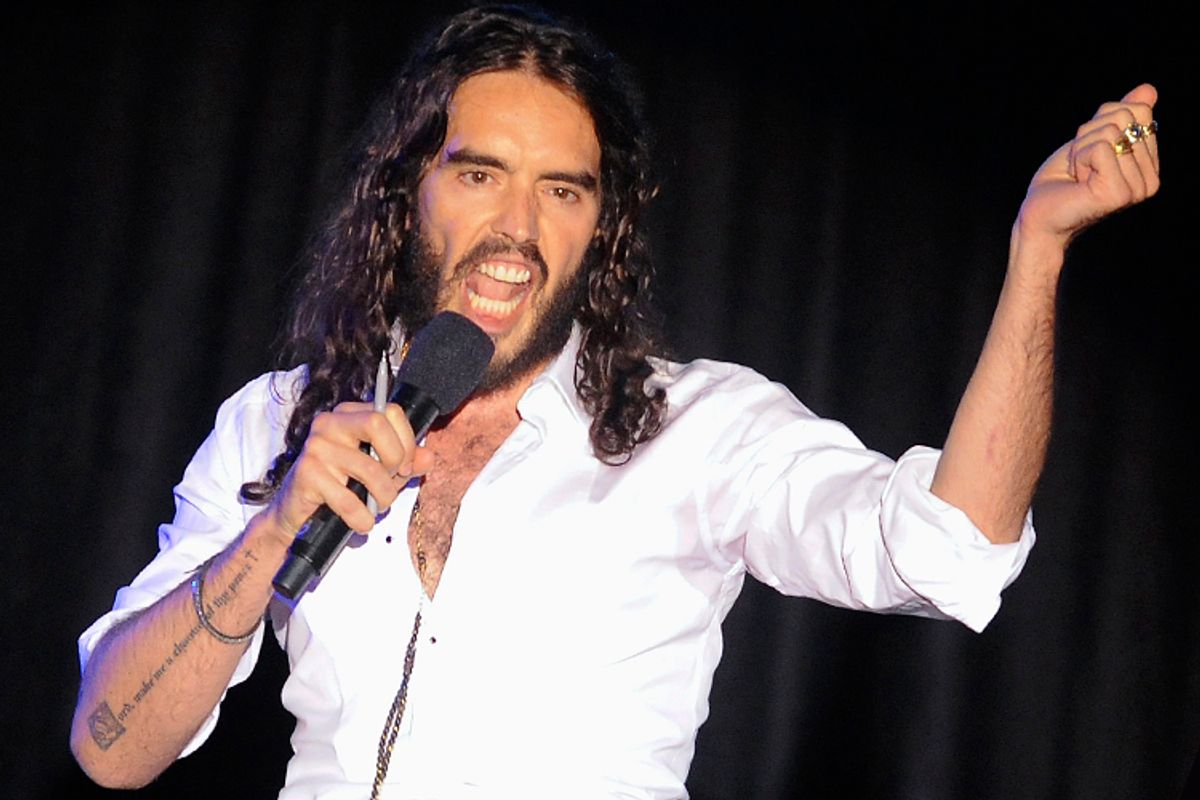 You're better than this, Russell Brand. The British comic, who in recent months alone eloquently made the case for his "authority to write about politics" and flawlessly pulled back the curtain on the rudeness and idiocy of TV hosts in an MSNBC interview, let slip a gay slur during an appearance at Cambridge University Monday night, when he told the audience to "Shut up, you Harry Potter poofs."

Brand's visit was overall received enthusiastically by the students, who praised the "dynamic and energetic" entertainer. But a representative for the University's CUSU LGBT organization told Cambridge University's student newspaper Varsity, "It was a bit of a shock to hear that the word poof is considered an appropriate term to level as an insult, especially by someone like Brand, who models himself as the very model of a modern liberal ... he should apologize unreservedly and immediately." But Ben Summerskill, chief executive of LGBT charity Stonewall, very Britishly told the Independent, "We’re disinclined to satisfy Mr. Brand’s uncharacteristic thirst for publicity by offering any further comment."

On the continuum of offensive behavior, I doubt a joshing "poofs" ranks with an NBA player's angry deployment of "faggot" or your average Chris Brown outburst. It certainly lacks the sustained ignorance of a Phil Robertson explanation of what's wrong with homosexuality. It doesn’t even have the har har har I am just an actor, not a real gay! assurance of a Michael Douglas or Jared Leto. But it's an example of the casual privilege of someone who's not a member of a minority group, blithely tossing off a derogatory term with no sense how the same word is used to put down and demean others. It says, "This word means nothing to me because this word can't hurt me!" It's exactly the kind of little dig that we all hear all the time, that genially sexist or racist or homophobic remark. It's a little thing, but little things add up, especially when you're a member of a group that's subjected to a torrent of those little things all the time. So just don't do it next time. And call those Cambridge kids a bunch of Harry Potter dorks.