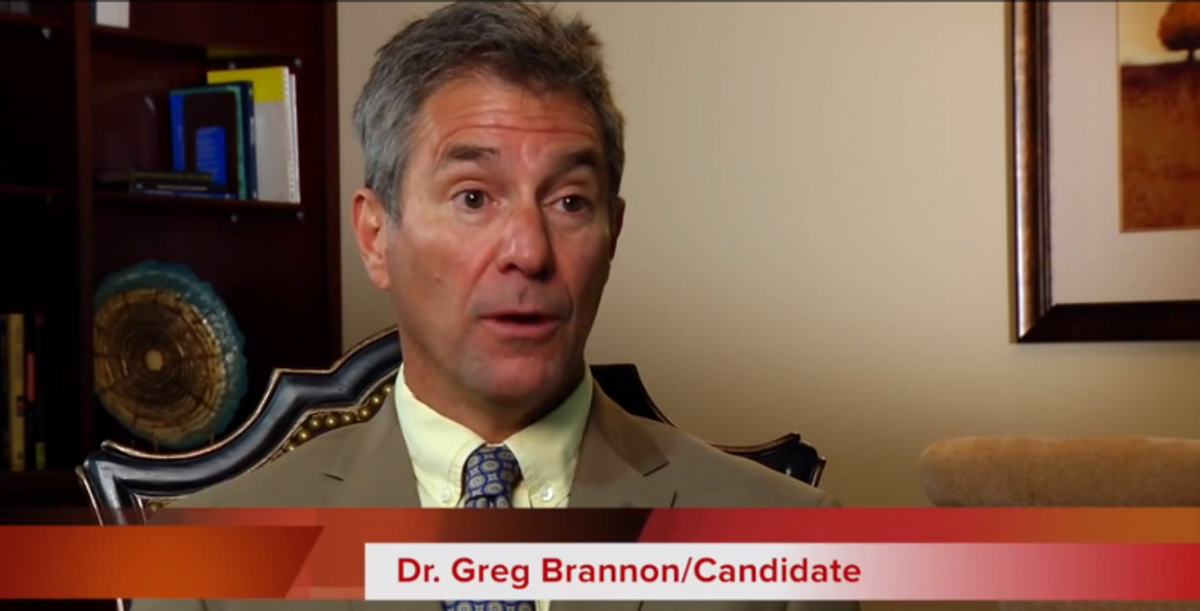 According to Dr. Greg Brannon, a North Carolina Republican running for his party's nomination to the U.S. Senate, the Department of Agriculture should be annihilated and the Supplemental Nutrition for Assistance Program (aka food stamps) is a form of "slavery."

In an October interview, discovered by Mother Jones, the Senate hopeful expounds on his theory of the welfare state and government coercion, arguing that the government "[takes] our plunder" and is "keeping itself in power by giving these goodies away." He goes on to argue that the solution is for the Department of Agriculture to "go away at the federal level."

Brannon next says that the provision of food stamps "enslaves people" and that the better course would be to "teach people to fish instead of giving them fish." He continues: "When you're at the behest of somebody else, you are actually a slavery [sic] to them ... That kind of charity does not make people freer."

Brannon, a tea party-aligned Republican, is vying for the Republican nomination in the race to unseat Sen. Kay Hagan (D-N.C.). Brannon, a doctor, has named Jesse Helms, the longtime arch-conservative former senator who opposed the Voting Rights Act and the Civil Rights Act, as an inspiration. He's also spoken out against public education, and has claimed that "all ten of Marx's planks of communism are law in our land today."

In October, Brannon spoke at a rally sponsored by the League of the South, a secessionist group.

Despite his controversial remarks, Brannon has gained support from a number of prominent conservatives, including Sen. Rand Paul (R-Ky.) and columnist Ann Coulter.