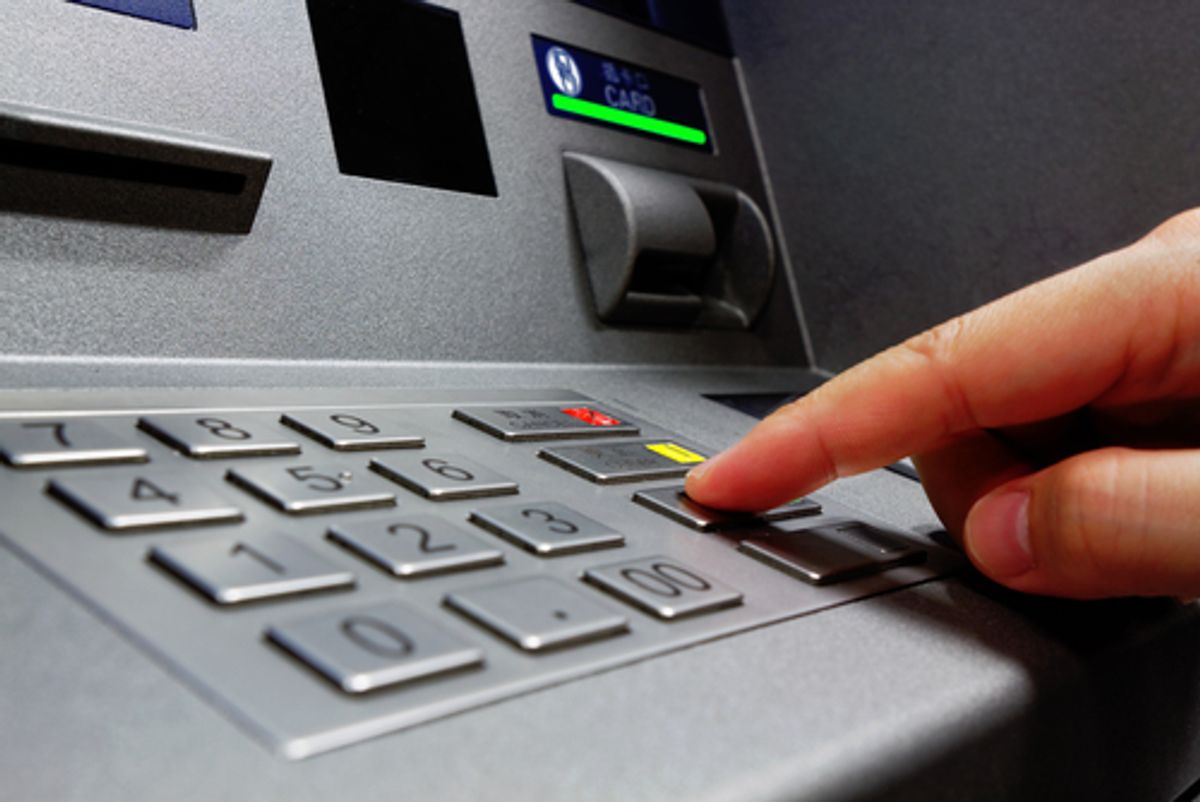 It’s one of life’s less-charming little ironies: having money makes people less sensitive to others’ needs. That was the conclusion of a groundbreaking 2006 study, which found the mere thought of cash puts us in a mindset of self-sufficiency, in which we “prefer to be free of dependency and dependents.”

Ah, but researcher Kathleen Vohs’ experiments were conducted in a lab. Would such a depressing dynamic be found in a real-world setting?

Recently published research from France finds the answer is: sadly, yes. Researchers Nicolas Guéguen and Céline Jacob report that, in two experiments conducted near an ATM machine, “handling money several seconds earlier was associated with a decrease in helping behavior.”

Their study, published in the Journal of Socio-Economics,looks at the behavior of people in their 30s and 40s who were “walking alone in a pedestrian street” in a medium-sized French city. Half of them “were approached after using an automatic teller machine, and thus having touched money.” The others walked by the ATM without using it.

The first experiment featured 50 men and 50 women. All were asked by a female member of the research team if they would take a short survey about children and authority.

The second experiment, which featured 25 men and 25 women, examined people’s responses to an immediate need. The female member of the team “began walking in the same direction as the participant about three meters away,” the researchers write. After “accidentally” dropping a bus pass, she kept walking, “apparently unaware of her loss.”

Together, the experiments provide further evidence in support of Vohs’ thesis. So if you’re going to ask someone for help of any kind, don’t do it in front of a bank—or anywhere else where money is changing hands.

While it’s not clear how long the effect lasts, it seems clear that the impulse to assist others is dampened by the tantalizing feel of those crisp bills.