U.S. carbon emissions back on the rise after years of decline 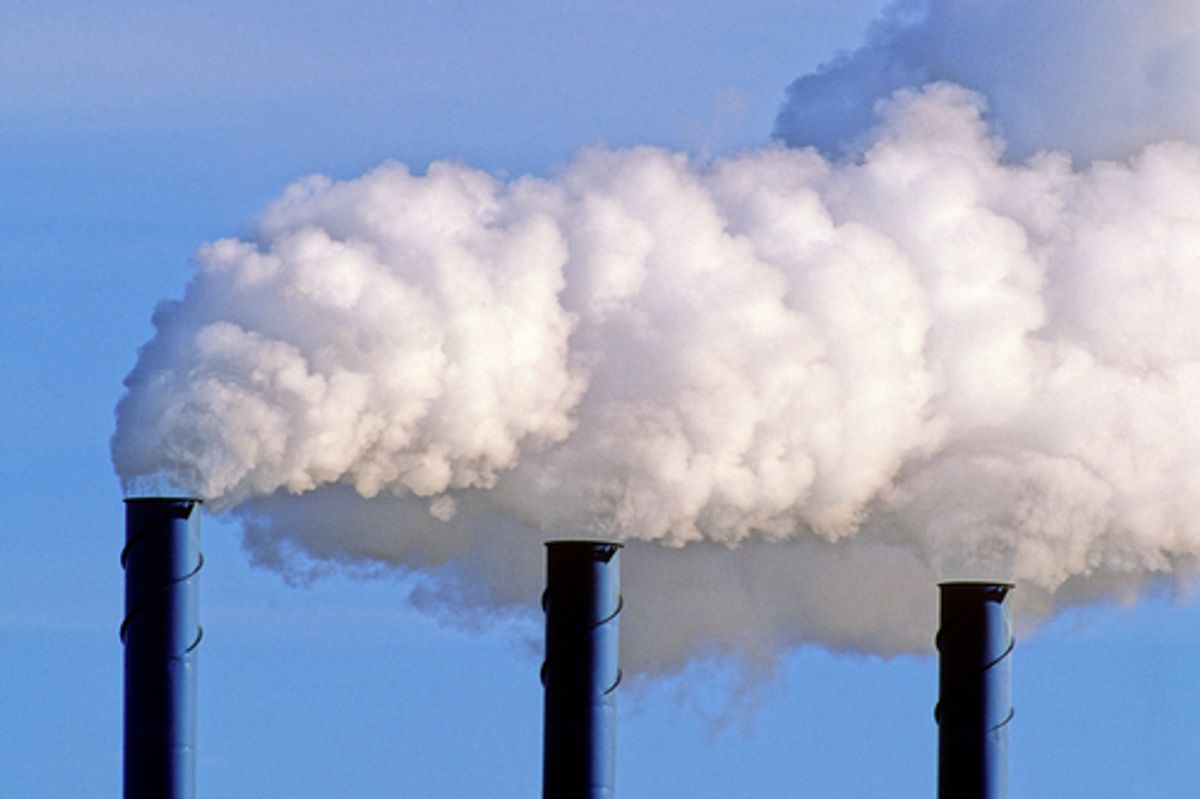 Thanks in large part to increased coal use, energy-related CO2 emissions in the U.S. increased two percent in 2013, the Energy Information Administration (EIA) reported Monday. While still ten percent lower than 2005's levels, last year's emissions mark a reversal in a three-year trend of decline: Coal's minor comeback, the Washington Post explains, was prompted by a bump in the cost of natural gas:

Energy analysts were predicting coal's rebound back in March, and it all comes down to prices. The shale fracking boom had pushed natural gas prices to unsustainably low levels — down to a dirt-cheap $2 per million BTUs in 2012. As a result, electric utilities have been switching to natural gas as fast as they could since 2006. The chart above shows that nicely.

But prices crept up again this year past $4 per million BTUs, thanks to colder winters, higher demand for heating fuel, scaled-back drilling, and also new storage facilities that are preventing a glut of gas on the market. As a result, some electric utilities found it economical to shift back to coal. That increased emissions.

As the EPA's strict new regulations for coal-fired plants kick in, natural gas, should regain the upper hand -- even if its price remains elevated. The EIA predicts that coal emissions will decrease 2.5 percent in 2015 to reflect that. Natural gas, of course, comes with environmental baggage of its own; an increase in renewable energy, Climate Progress notes, would help drive down emissions while also lowering electricity costs.

The emissions measured here come only from the energy sector, which constitute the majority of CO2 emissions for the U.S. As Climate Central explains, sources include electrical power generation, transportation, manufacturing, home heating, commercial buildings and other industrial sources. The goal, per Obama's climate plan, is a 17 percent decrease below 2005 levels by 2020.